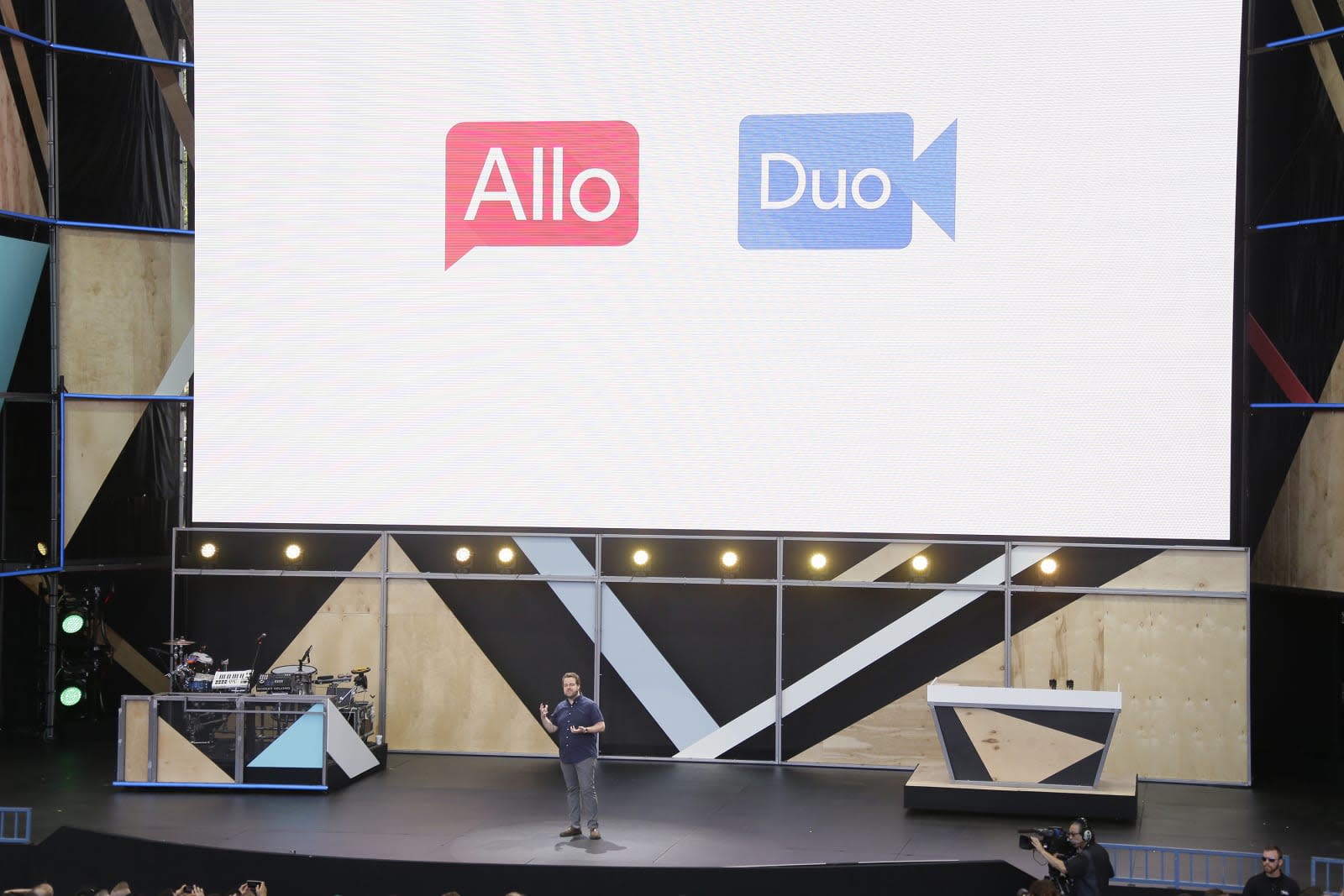 Confirming the latest rumors, Google has formally announced a shakeup in its increasingly-splintered messaging strategy. As we'd heard earlier today, Allo is done and will go away after March 2019 (users can export their conversation history until then). It launched a little over two years ago and incubated a number of messaging features with AI, but now it's focusing on its RCS-enabled Messages app, which has already absorbed Allo features like Smart Reply, GIFs and desktop support.

Duo, the video chat service that launched in 2016 alongside Allo, is still going strong and adds the ability to quickly leave a video message. Up next for the app are "more quality improvements based on machine learning that make video calls with Duo simple and reliable."

Rolling out this week on #GoogleDuo, you'll be able to send a video message with a couple of taps – just in time for spreading that holiday cheer https://t.co/DtDoiCpriL pic.twitter.com/pnEtLklAJQ

As for Hangouts, the venerable chat app that launched with Google+, the company basically confirmed it would go away at some point last week, with users being "upgraded" to the Hangouts Chat and Hangouts Meet services currently available for businesses.

In this article: allo, duo, google, hangouts, hangoutsmeet, internet, messaging, mobile, shutdown
All products recommended by Engadget are selected by our editorial team, independent of our parent company. Some of our stories include affiliate links. If you buy something through one of these links, we may earn an affiliate commission.