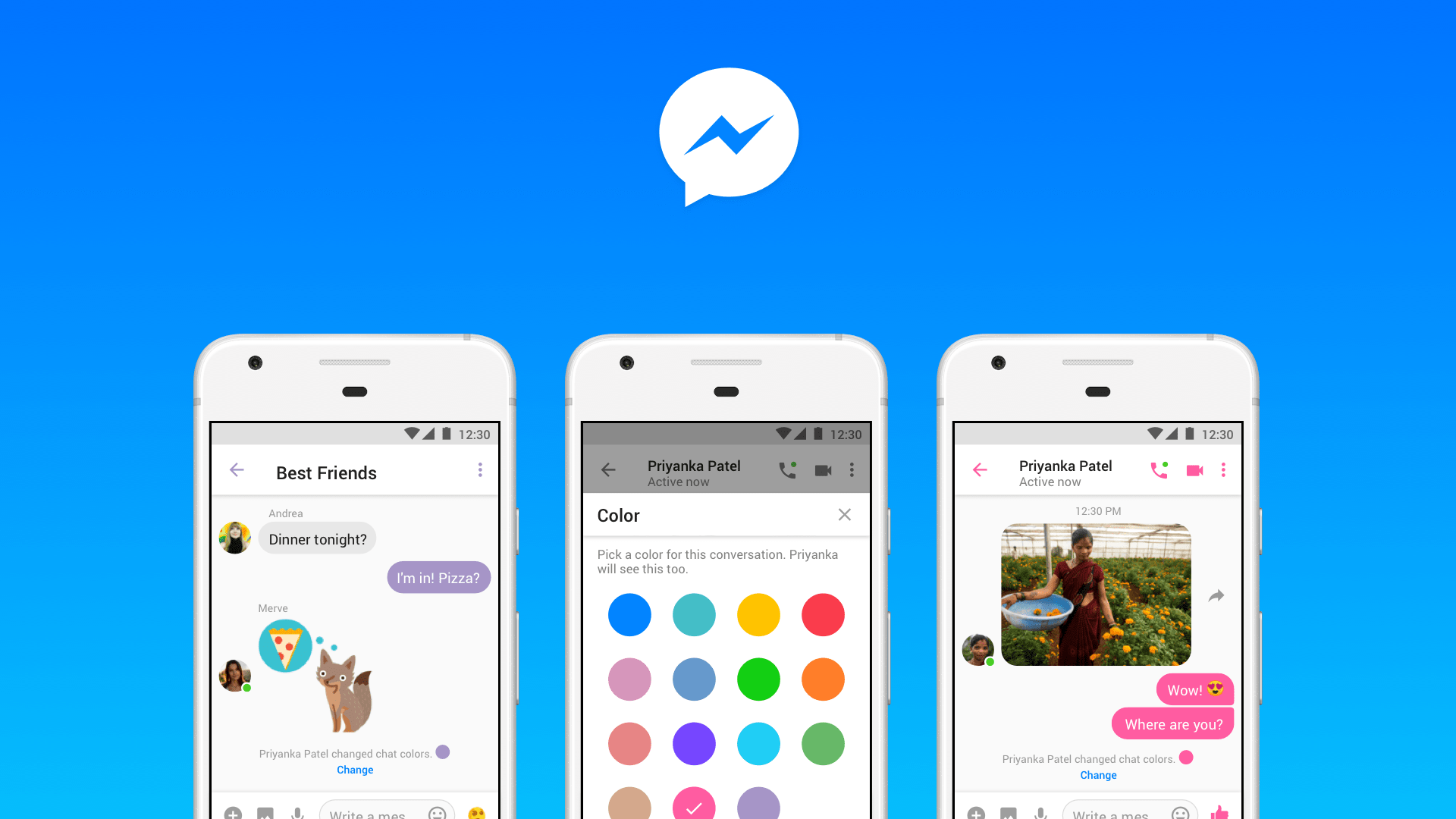 Messenger Lite, Facebook's stripped down version of its popular messaging app, is getting some new features for customization and expression. Starting today, users of the app will be able to send and view animated GIFs, change how conversations with people and groups look and share files with others.

Messenger Lite has always been capable of receiving GIFs, but prior today they weren't animated in-app. So basically, they were just pictures. Now they will play as intended. Facebook recommends using a third-party GIF keyboard like Google's Gboard to find and send GIFs, likely to keep the Messenger Lite app itself as trim as possible. Users can also send files through the platform by tapping the "+" symbol, selecting the file and hitting send.

In addition to moving GIFs, Messenger Lite now supports most of the customization features that are present in the full-sized Messenger app. Users are now able to change the color of text bubbles in conversations. They'll also be able to give nicknames to the people they are talking to or change the name of a group chat.

Facebook has turned Messenger Lite into a pretty feature-rich service in recent years while keeping the app under 10MB. The lightweight messaging app that is available in over 100 countries got video chat capabilities earlier this year. While the app is primarily targeted at users in developing countries, it's also a less-bulky, data-saving alternative to Messenger for those who aren't interested in playing games or sending Snapchat-style messages.

In this article: android, customization, facebook, FacebookMessenger, gear, gifs, messengerlite, mobile, services
All products recommended by Engadget are selected by our editorial team, independent of our parent company. Some of our stories include affiliate links. If you buy something through one of these links, we may earn an affiliate commission.