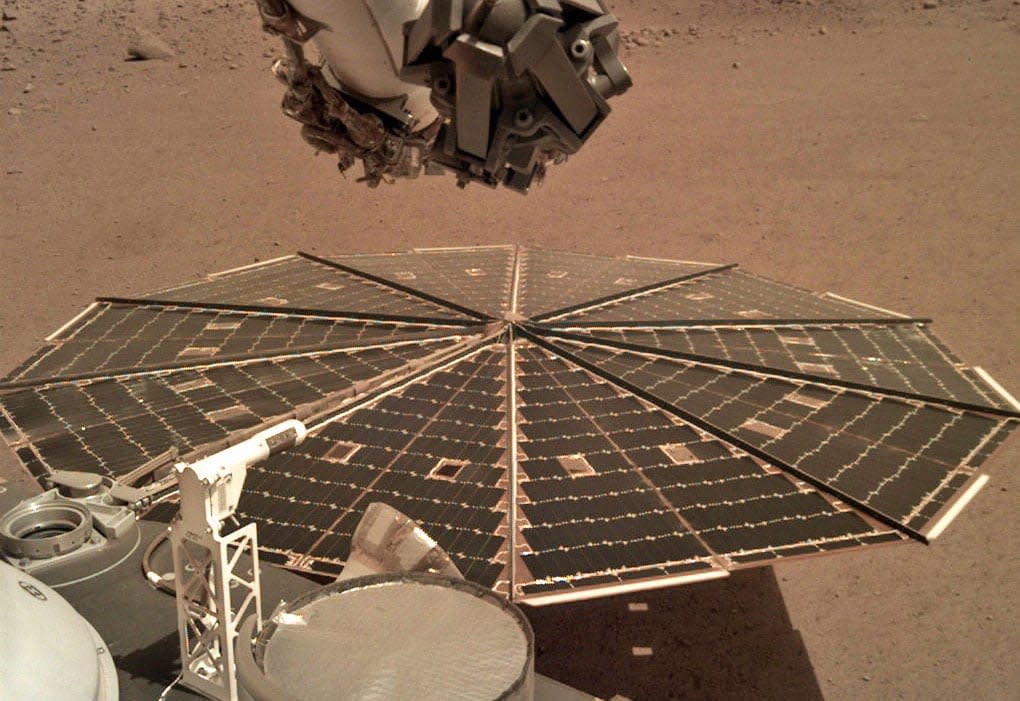 Since landing on Mars last week, NASA's InSight lander has been taking pictures of itself and its surroundings as it prepares to unload the scientific instruments it brought along to the planet. But the lander has also picked up something that other Mars missions never have -- audio of the planet's winds. "Capturing this audio was an unplanned treat," Bruce Banerdt, InSight's principal investigator, said in a statement. "But one of the things our mission is dedicated to is measuring motion on Mars, and naturally that includes motion caused by sound waves."

#Mars, I hear you and I'm feeling the good vibrations left in the wake of your Martian winds. Take a listen to the #SoundsOfMars I've picked up. 🔊
More on https://t.co/auhFdfiUMg pic.twitter.com/shVmYbfHRs

"The InSight lander acts like a giant ear," said Tom Pike, who's part of the InSight science team. "The solar panels on the lander's sides respond to pressure fluctuations of the wind. It's like InSight is cupping its ears and hearing the Mars wind beating on it. When we looked at the direction of the lander vibrations coming from the solar panels, it matches the expected wind direction at our landing site."

You can hear the audio in the video above. NASA recommends using headphones or a subwoofer because the pitch is quite low. But the video also raises the audio two octaves to make it easier to hear. The seismometer recording is only possible during these early stages of InSight's mission because once it's placed onto the Martian surface, a dome will protect it from wind and scientists will actively filter out vibrational noise originating from the lander. That's because the seismometer's main purpose is to detect marsquakes, or earthquakes on Mars.

It's incredibly cool that we can now "hear" Mars, and more audio will be on the way in the near future. When the Mars 2020 rover lands on the planet, two microphones on board will record even more Martian sounds. You can check out separate videos of InSight's recordings below.

In this article: gear, insight, lander, mars, MarsLander, nasa, sound, space, tomorrow, video
All products recommended by Engadget are selected by our editorial team, independent of our parent company. Some of our stories include affiliate links. If you buy something through one of these links, we may earn an affiliate commission.