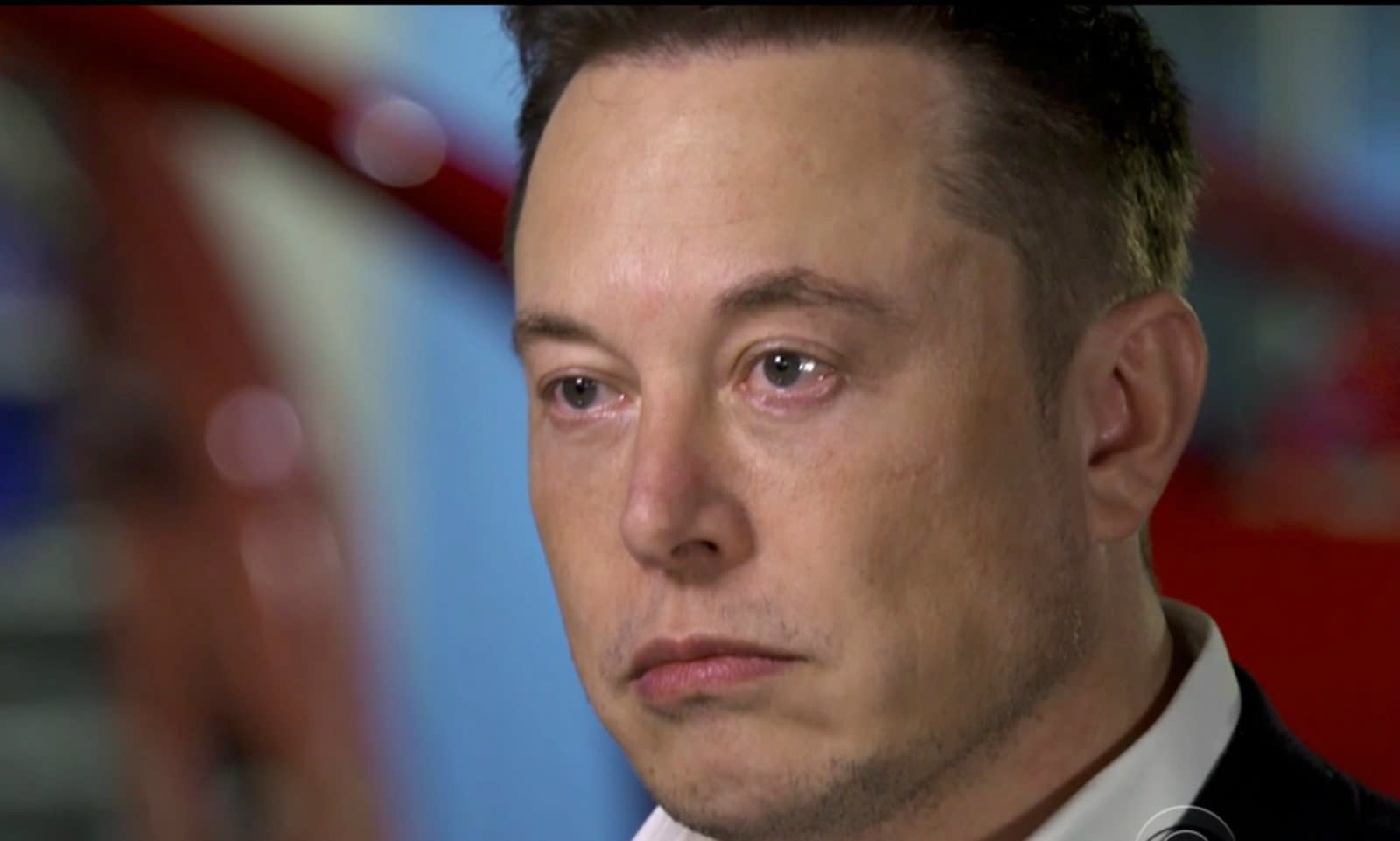 Elon Musk says nobody censors his Twitter in the wake of his settlement with the SEC. As part of that deal over the securities fraud charge for his tweets about taking Tesla private, the entrepreneur agreed to step down as chairman and establish "additional controls and procedures" for his communications. "The only tweets that would have to be say reviewed would be if a tweet had a probability of causing a movement in the stock," he clarified in a wide-ranging interview with 60 Minutes.

When prodded further by host Lesley Stahl, he said: "Yeah, I mean otherwise it's, "Hello, First Amendment." Like Freedom of Speech is fundamental." Musk also continued his tirade against the SEC, which he previously dubbed the "Shortseller Enrichment Commission" on Twitter, this time adding: "I want to be clear. I do not respect the SEC. I do not respect them."

Musk declared that he's only abiding by the SEC because he "respects the justice system." He also said that he handpicked Robyn Denholm as Tesla's new board chair, and that aside from not wanting to be chairman again, he would prefer "to have no titles at all."

His latest interview follows appearances on Kara Swisher's Recode Decode podcast and Axios on HBO. The 60 Minutes interview was filmed at Tesla's auto plant in Fremont, California, and also saw Musk tackle that infamous pot smoking incident: "I do not smoke pot, as anyone who watched that podcast could tell, I have no idea how to smoke pot. Or anything. I don't know to smoke anything, honestly."

In this article: ElonMusk, gear, internet, sec, SecuritiesAndExchangeCommission, tesla
All products recommended by Engadget are selected by our editorial team, independent of our parent company. Some of our stories include affiliate links. If you buy something through one of these links, we may earn an affiliate commission.