Algoriddim's djay app has been an Apple favorite for some time, regularly appearing in the company's keynotes to show off incremental updates over the years. There's been djay, djay for iPhone, djay for iPad, vjay (for video), djay 2, djay Pro and djay Pro 2, but the whole thing has gotten a bit fragmented. Today, the company is simplifying its app catalog by releasing the new djay for iOS, spanning all the requisite devices and available as a free download in the App Store. On top of that, djay for iOS Pro is now the same app, but with an unlocked set of new features as part of a $5-per-month subscription model (or $40 if you pre-pay for a full year).

Previous apps needed to be purchased separately depending on your device, so the company is promoting this single-app experience across all iOS products as a savings in that regard. Newer versions also arrived every couple of years and required another purchase if you wanted to upgrade. With the subscription model, these extra expenses have been rolled into the monthly fee.

For multi-device power users, this could balance out, especially if you prepay for the full-year discount. The basic free version is a solid option here though, if you're just mixing and need minimal tools. And you can dip your toes in the Pro version on a month-to-month basis at minimal cost. While it may end up being more expensive, there are some pretty attractive features to be had in Pro this time around.

For desktop Pro users, however, things will remain the same as they were. There's no word on what the future may hold, but we're told it will be supported for the "foreseeable future", so not to worry. You're already grandfathered in with a hefty stack of features. 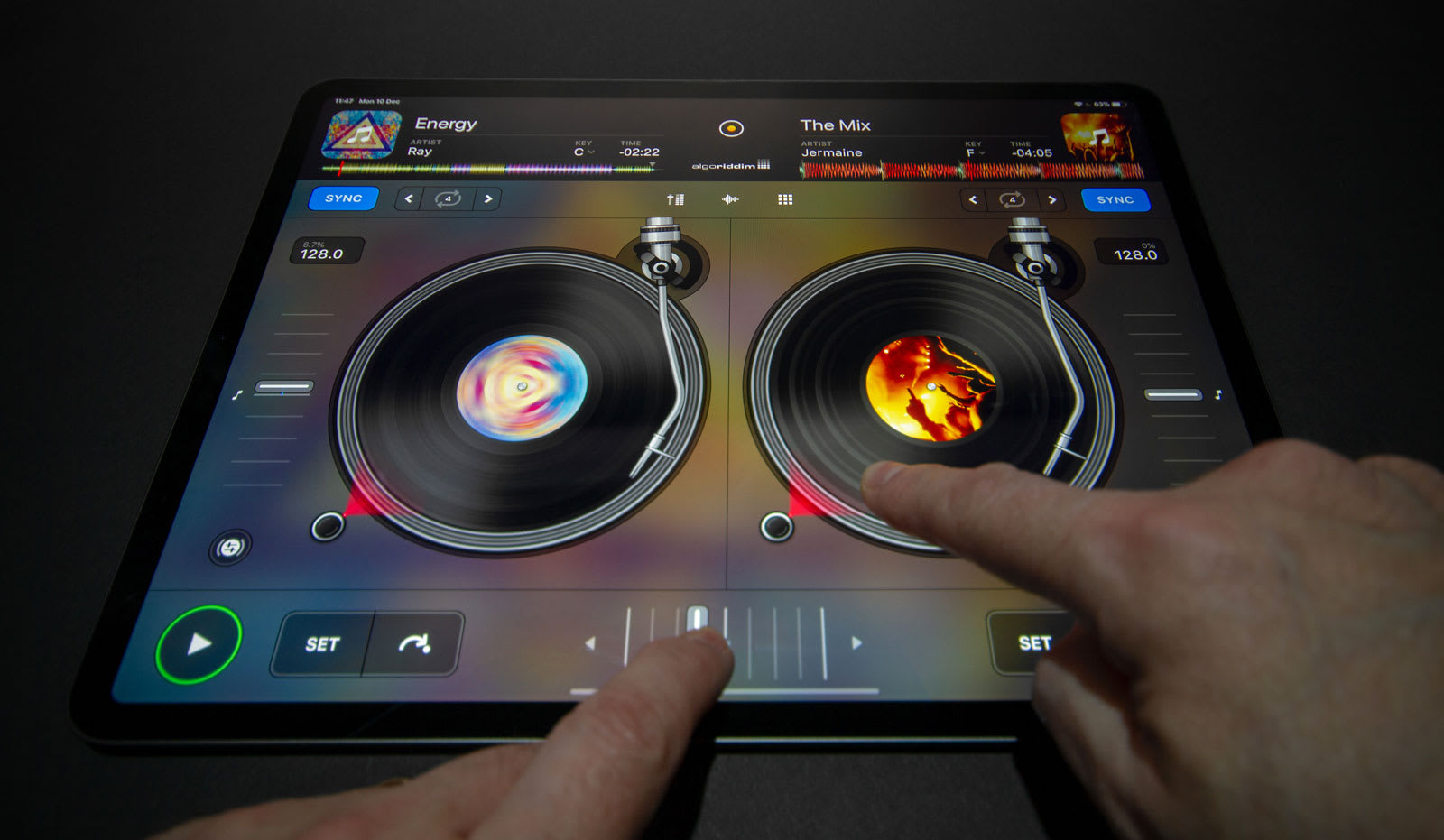 The djay for iOS free version will be capable, but bare bones in comparison to the paid version. It includes Automix AI, official djay controller support, Spotify integration and a classic two turntable mixing mode with five effects to choose from. This is great for free, but it's definitely limited.

As for a djay for iOS Pro subscription, the company is certainly putting an enticing lineup of features behind the paywall. One of the new standouts is the addition of a grid-based looper and sequencer that has six channels surfacing 48 loops. Each channel has its own volume slider and draws content in packaged groups from a dedicated 1GB sample library, which is organized by music style. We hope it gets new additions frequently enough to keep things interesting. 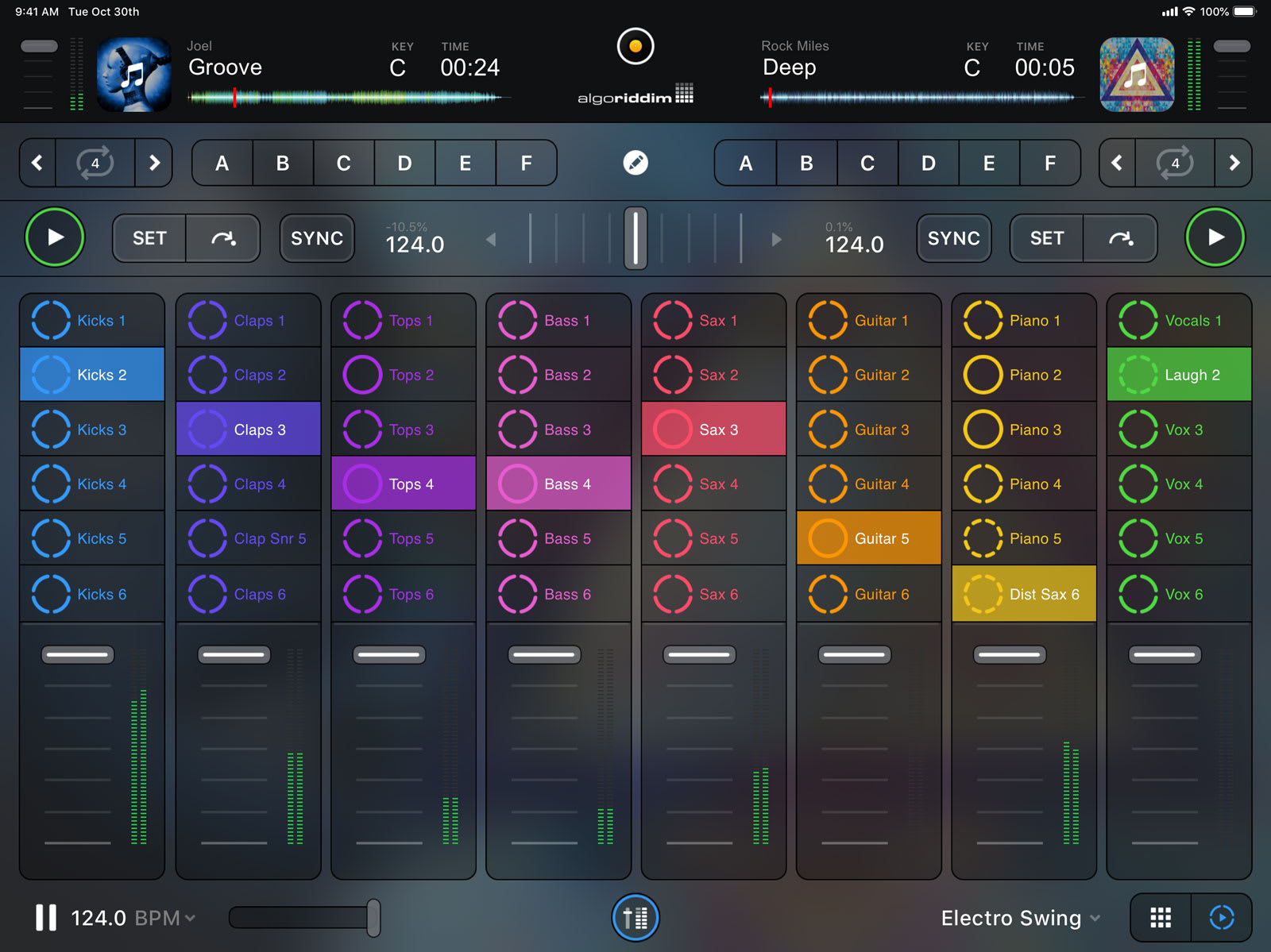 While you could use these samples to record a track, you'd have to do it live since there's no way to sequence beyond the looped bar. They should be great for augmenting DJ mixes since they're automatically quantized to the output. Also, it's a great time killer if you happen down the loop rabbit hole.

These audio loops can also be tied to visual segments for the video mixing portion of djay for iOS Pro. Video "loops" are new here and so is support for external displays so you can split the output for an audio visual set. There are also a variety of FX to choose from and videos can be tied to the loop grid mentioned above, really putting that A12 Bionic processor to task. 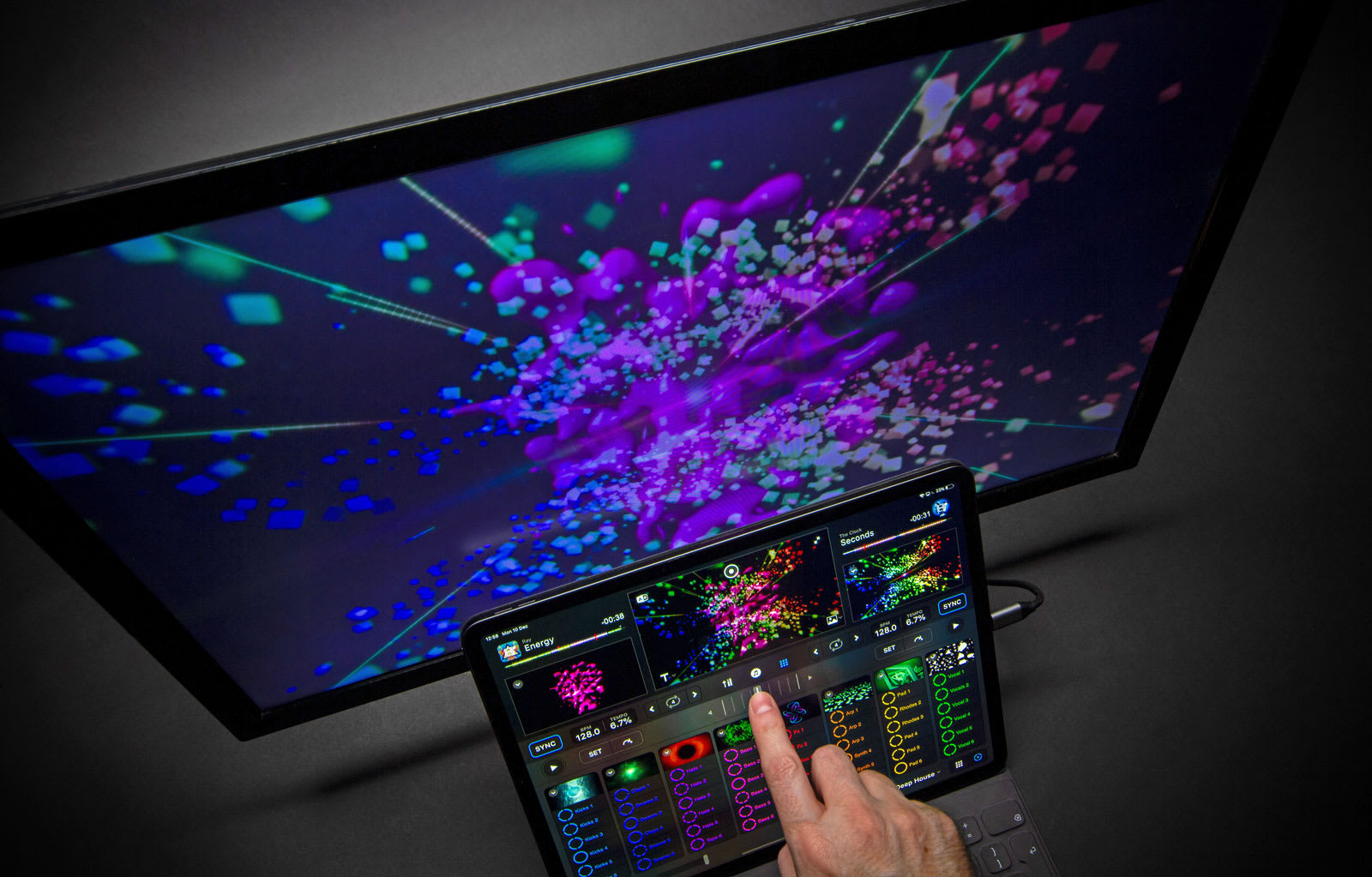 MIDI support has opened up beyond just officially sanctioned controllers, letting you work with a variety of external tools including (but not limited to) Pioneer DJ, Reloop, Numark, Denon DJ and Novation. iPad Pro users will be happy to know that USB-C works great, but dongles may come into play if you're using any other iOS device. If you're into collaborating, Ableton Link is also onboard, letting you sync the clock with other compatible devices on your network.

Djay for iOS is available at the App Store today and the Pro version is accessible as an in-app purchase. While this $5-per-month subscription fee may up the ante for users, you do get a lot of high-level features to play with. Prepaying the year will also save you about $20. The 7-day Pro trial can give newcomers a taste of what they might be missing, but if you're a current owner of any djay version on iOS you can take advantage of a special upgrade price. Instead of $5 per month, existing customers will get a single year's subscription for just $10. After playing with this app for a short while, I can assure you the Pro version is worth checking out. You'll just need to carve out enough time to play with all the features.