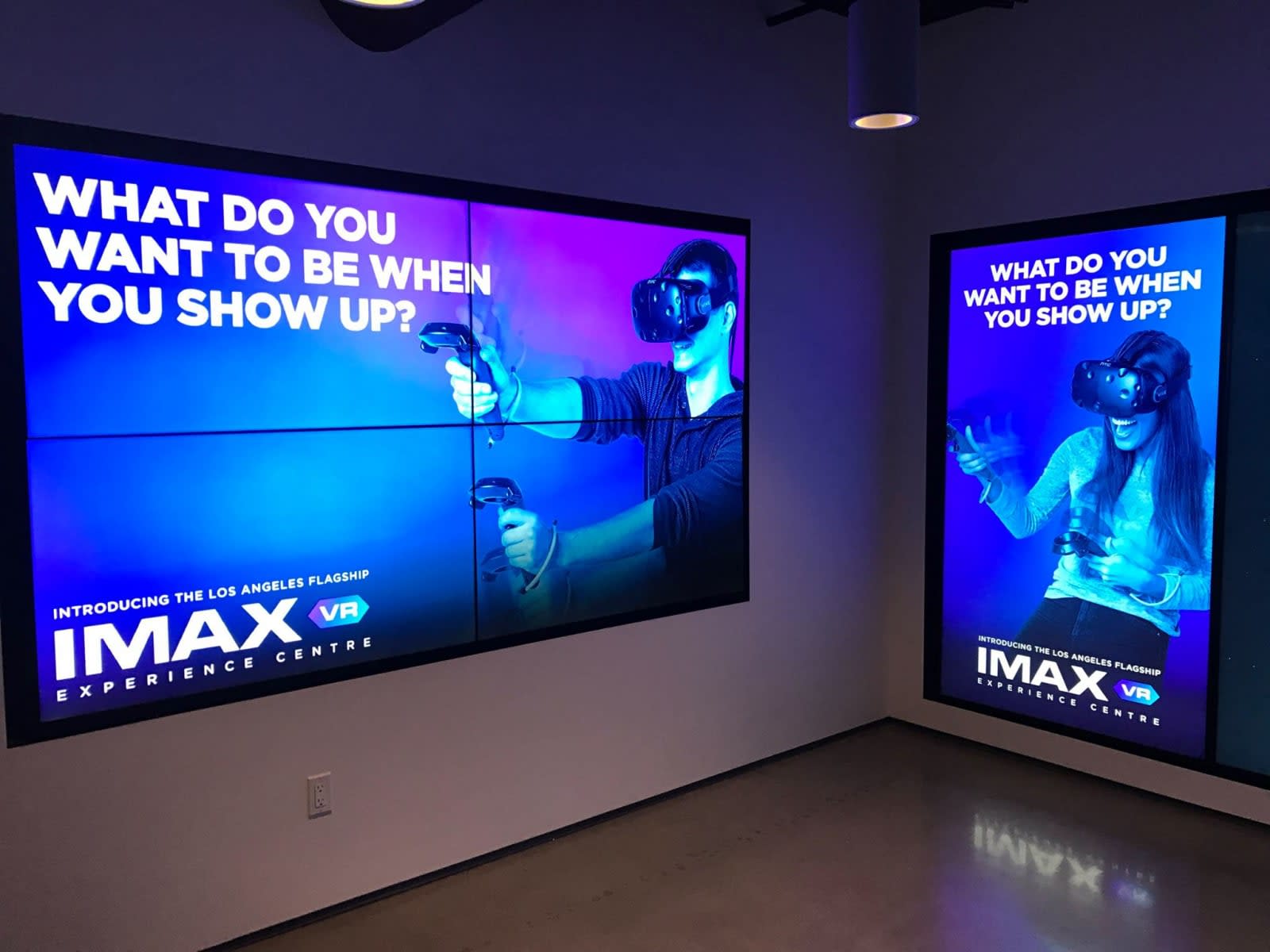 Two years ago, IMAX had big plans for VR experiences, with its CEO anticipating 10-minute movie tie-ins that people would pay up to $10 to try at one of its locations. Now that dream is dead, as Variety points out an SEC filing from the company revealing that in Q1 2019 it will close the last three of its virtual reality installations, including the flagship location that opened last year in LA. It also cited a quote from CEO Richard Gelford telling investors on a recent earnings call that despite positive reactions from customers, "the numbers just weren't there."

At one point, IMAX had worked on raising $50 million to invest in 25 locations, filled with VR headsets from Starbreeze and HTC, plus Subpac's vibration-emitting vests to build a cinematic experience. However, four of the seven locations it opened have already shut down, while Google and IMAX previously confirmed that work on a "cinema-quality" VR camera would pause. Now it's cancelled the entire experiment, however UploadVR reports other companies like The VOID and Dreamscape Immersive still have plans for VR experience locations to roll out in 2019.

In this article: business, entertainment, imax, imaxvr, virtualreality, vr
All products recommended by Engadget are selected by our editorial team, independent of our parent company. Some of our stories include affiliate links. If you buy something through one of these links, we may earn an affiliate commission.