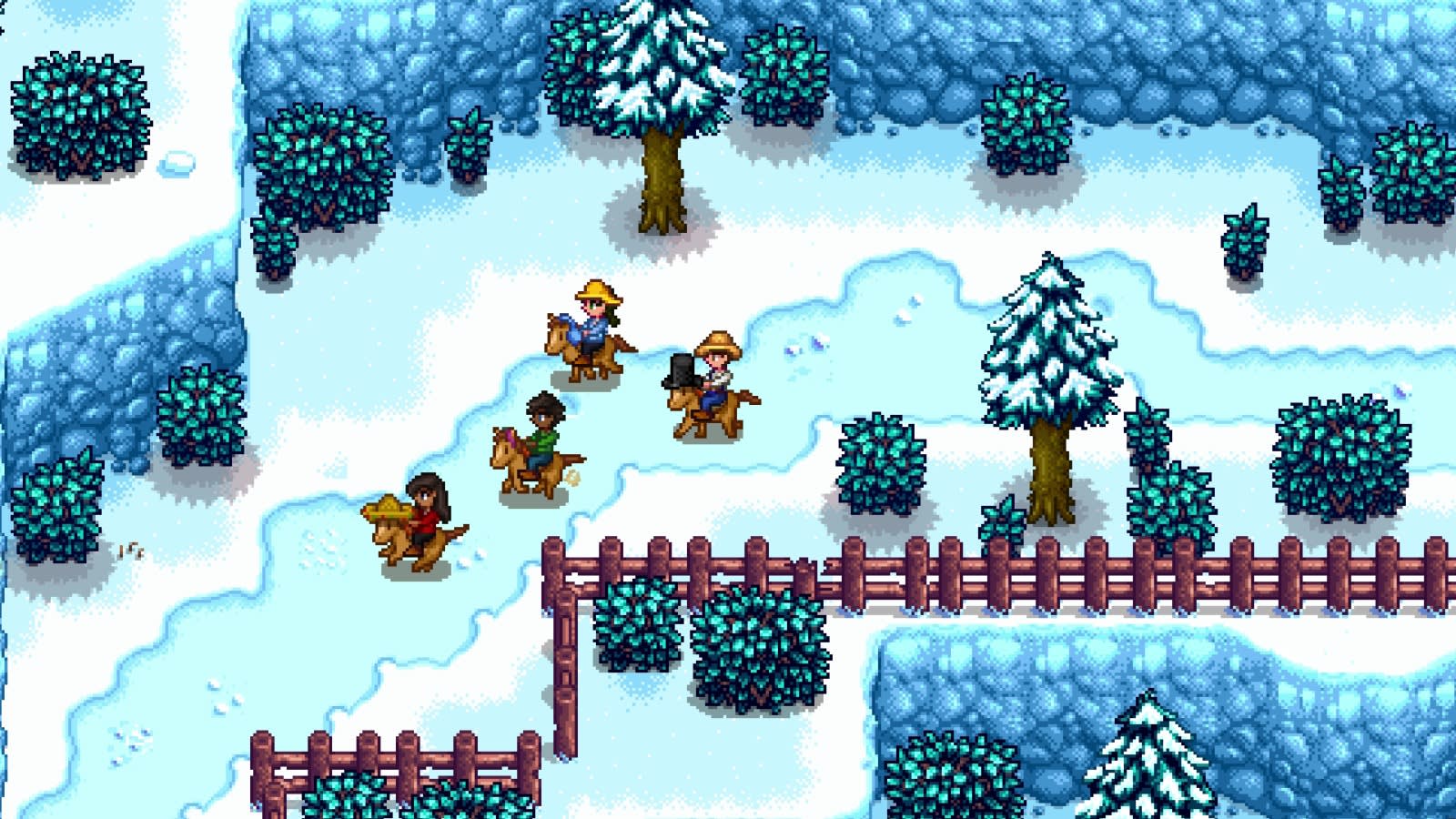 In a blog post and a few tweets, solo game developer Eric Barone laid out plans for 2019 that will expand his hit indie game Stardew Valley and extend to a new title. Now that he has regained the right to self-publish the top-down farming RPG on most platforms (except for mobile and Switch which remain with Chucklefish), he's working on a new free content update for it.

While he's still working on that by himself -- and has put work on an all-new game in the Stardew Valley universe to the side -- the plan is to end the solo act and form a team to work on future expansions. Of course, players on consoles like PS4 and Xbox One are still waiting for the last update that added multiplayer (1.3) while Switch owners have noted some issues with the game and, according to Barone, addressing those situations is a priority.

Once there's an actual team cranking out content for Stardew Valley players, then the plan is for Barone to split time between that and the unnamed new game. Simple, right?

The new game that I've been working on (still secret) is currently on hold while I work on Stardew Valley. But I really want to work on both, so my plan in 2019 is to form a team to help me maintain & update Stardew Valley, so I have time to work on my new game as well as Stardew

In this article: art, business, EricBarone, gaming, indie, StardewValley
All products recommended by Engadget are selected by our editorial team, independent of our parent company. Some of our stories include affiliate links. If you buy something through one of these links, we may earn an affiliate commission.