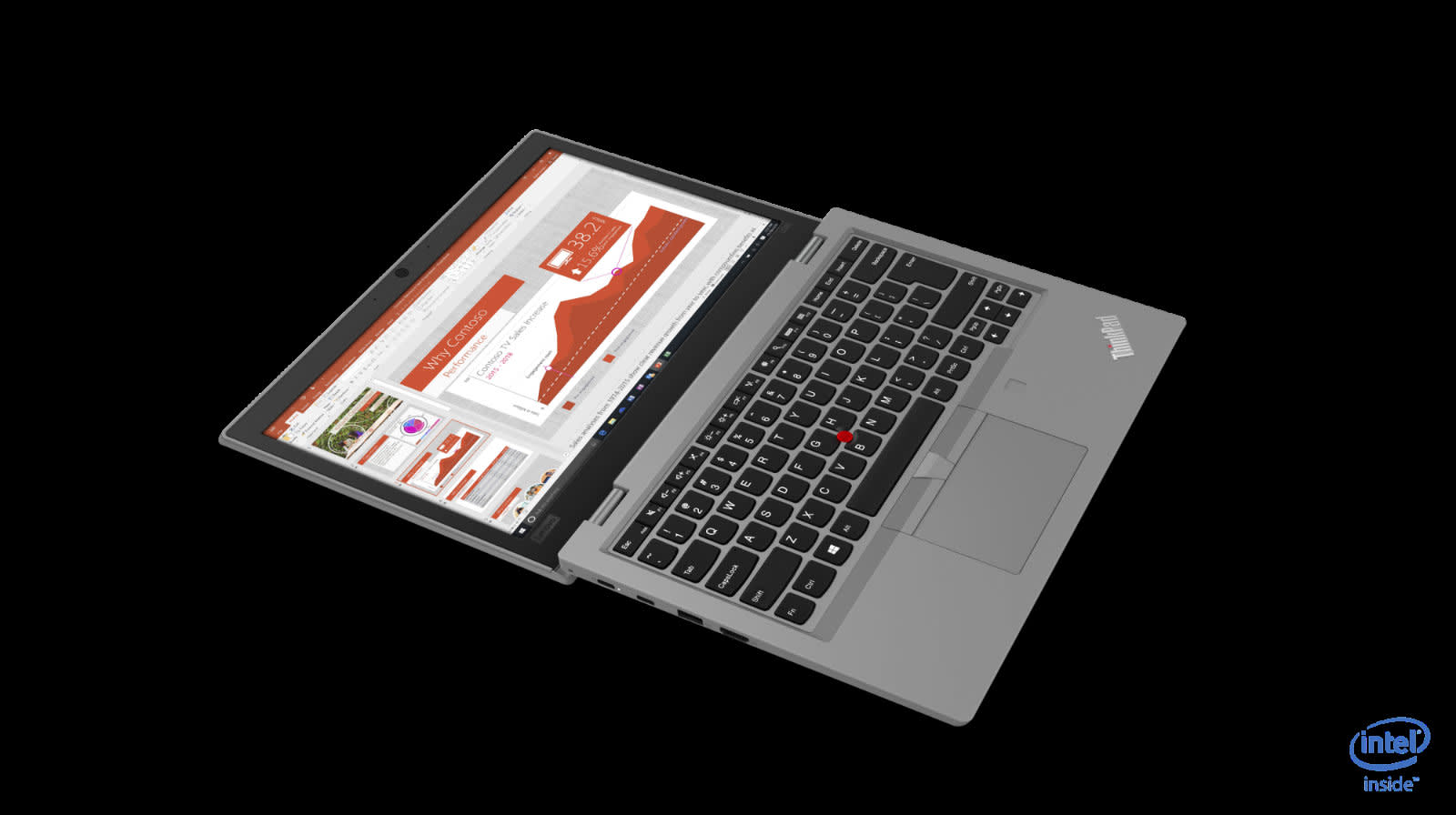 Lenovo is updating its ThinkPad L-series lineup with two fresh laptops that won't break the bank for business users. The new entrants include the traditional notebook-style L390 and the flexible Yoga L390, which (as usual) has a hinge that lets you twist the screen a full 360 degrees to use the device as a touchscreen tablet. Both will be the first ThinkPads to ship with the latest eighth-gen Intel Core processors, according to Lenovo. The duo also come with up to 32GB DDR4 RAM.

But speed isn't the only draw here: the L390 is 18.8mm thin and weighs 3.2lbs, making it fractionally lighter than its predecessor. Though the Yoga is just as svelte, it weighs slightly more at 3.44lbs. Both pack fingerprint readers, with Lenovo encrypting data on its dTPM 2.0 chip, and 13.3-inch full HD displays.

Starting at $889 for the base model, the bendy Yoga is pricier than its conventional sibling -- but you also get more bang for your buck. As you'd expect for a touchscreen hybrid, Lenovo is bundling in its Active Pen stylus for when you switch to tablet mode. One-upping the L390's 720p camera, the Yoga also crams in a "world-facing" (read user-facing) camera, and an infrared camera with Windows Hello compatibility for quick log-ins.

But if you're willing to forego those perks in favor of saving a couple hundred dollars, the base L390 will set you back $659. That's also far less than you'd pay for Lenovo's premium ThinkPad X1 Carbon or X1 Extreme and its P-series lineup. As usual, there's a decent amount of ports including USB-C for power -- with Lenovo promising up to 14 hours of battery life for the L390 and 12 hours for the Yoga -- a HDMI port, and a Micro SD card slot. Both laptops go on sale this month.

In this article: gear, laptop, lenovo, LenovoThinkpad, LenovoYoga, notebook, personal computing, personalcomputing, WindowsLaptop
All products recommended by Engadget are selected by our editorial team, independent of our parent company. Some of our stories include affiliate links. If you buy something through one of these links, we may earn an affiliate commission.