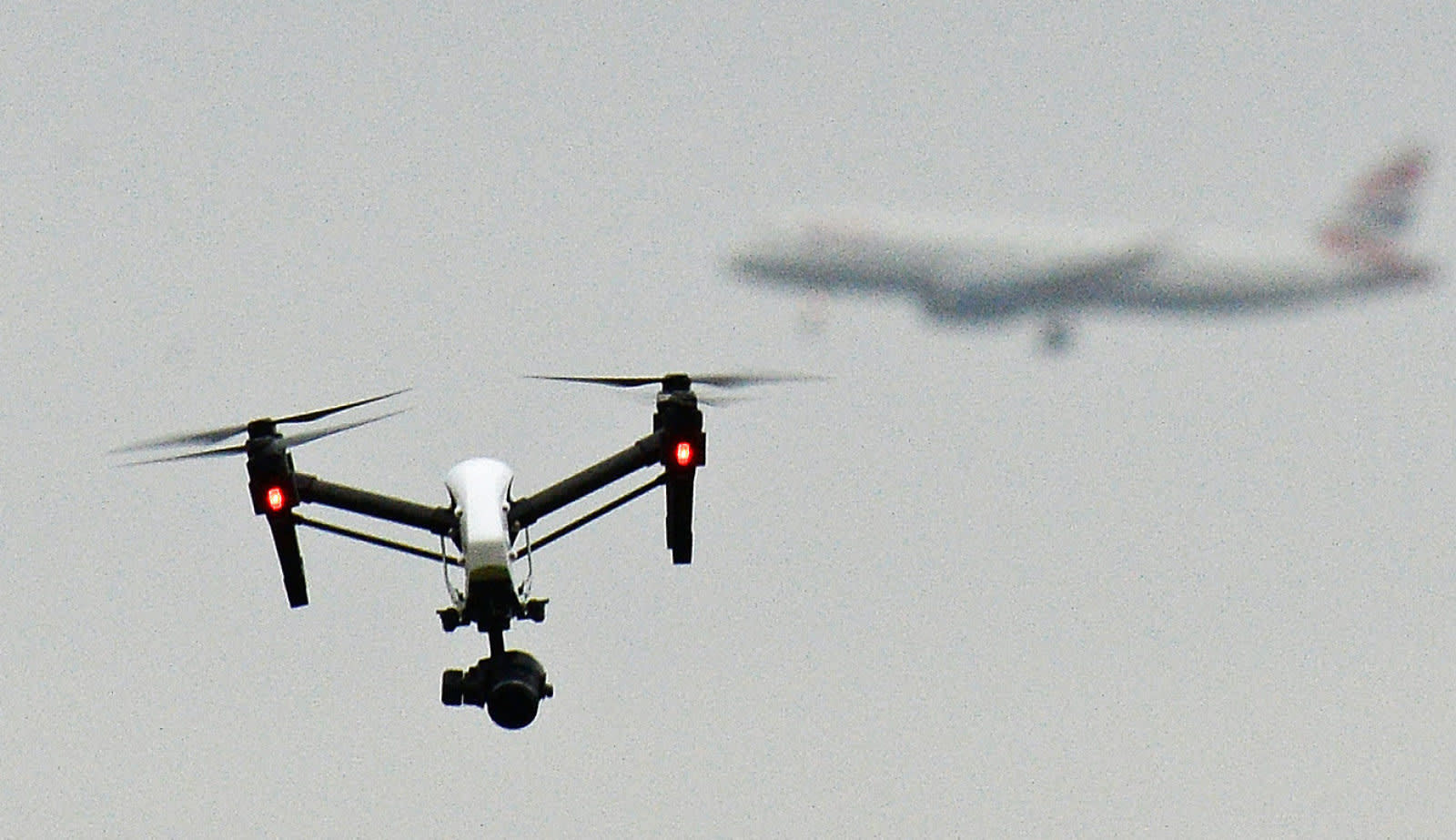 Drones spotted over the UK's second-busiest airport have halted flights since Wednesday evening (December 19th), heavily disrupting the holiday travel of tens of thousands of passengers. Flights at London's Gatwick airport couldn't take off or land, and airport authorities said that 110,000 passengers on 760 flights were affected yesterday. Operations briefly resumed at around 3 AM, then were halted about an hour later when the drone was spotted again. The airport finally reopened this morning, though the Gawick airport authority has advised travelers to check their flight's status before traveling.

Two drones were spotted flying "over the perimeter fence and where the runway operates from," Airport operating chief Chris Woodroofe told BBC News. He condemned the "irresponsible" actions of the drone operators, saying it could take days for normal operations to resume at the airport's busiest time of the year.

(1/2) It is totally unacceptable to fly drones close to airports and anyone flouting the rules can face severe penalties including imprisonment.

Anyone operating a drone must do so responsibly and observe all relevant rules and regulations...#Gatwick #Gatwick_Airport

Police in neighboring Sussex said there are no signs that the drone incident is terror related, but added that the activity is suspicious. "We are still getting sightings of the drone in and around the airfield," said the official in charge of the investigation, Justin Burtenshaw. "Each time we believe we get close to the operator the drone disappears and when we look to reopen the airfield the drone reappears, so I'm absolutely convinced it is a deliberate act to disrupt Gatwick airport."

Despite all the good they can do, drones have been vexing pilots and airport operators as their popularity has increased. Officials recently investigated whether a drone caused a helicopter crash during a flight training session, and drone sightings have been giving ATC controllers headaches for years. Because of their hard mechanical parts, UAVs are considered more dangerous to jets and airplanes than birds.

Services were re-routed to Heathrow, Luton and Manchester, and as far away as Paris and Amsterdam. Officials had hoped to reopen the airport by 11AM BST, or about 5AM ET, but the airport remained closed until early this morning, when partial operations resumed. Gatwick officials said the airport has finally reopened, as of 8:30 AM BST (2:30 AM EST), and resumed normal operations. If you're traveling there, however, check your flight status before coming to the airport.

✈️ We advise not to travel without checking your flight status first

Update 12/21/2018 4:06 AM ET: Gatwick officials said the airport has now reopened, and the article has been updated with that information.

In this article: airport, drone, Drones, Gatwick, gear, Holidays, Interruptions, London, robots, transportation, uav, UAVs
All products recommended by Engadget are selected by our editorial team, independent of our parent company. Some of our stories include affiliate links. If you buy something through one of these links, we may earn an affiliate commission.