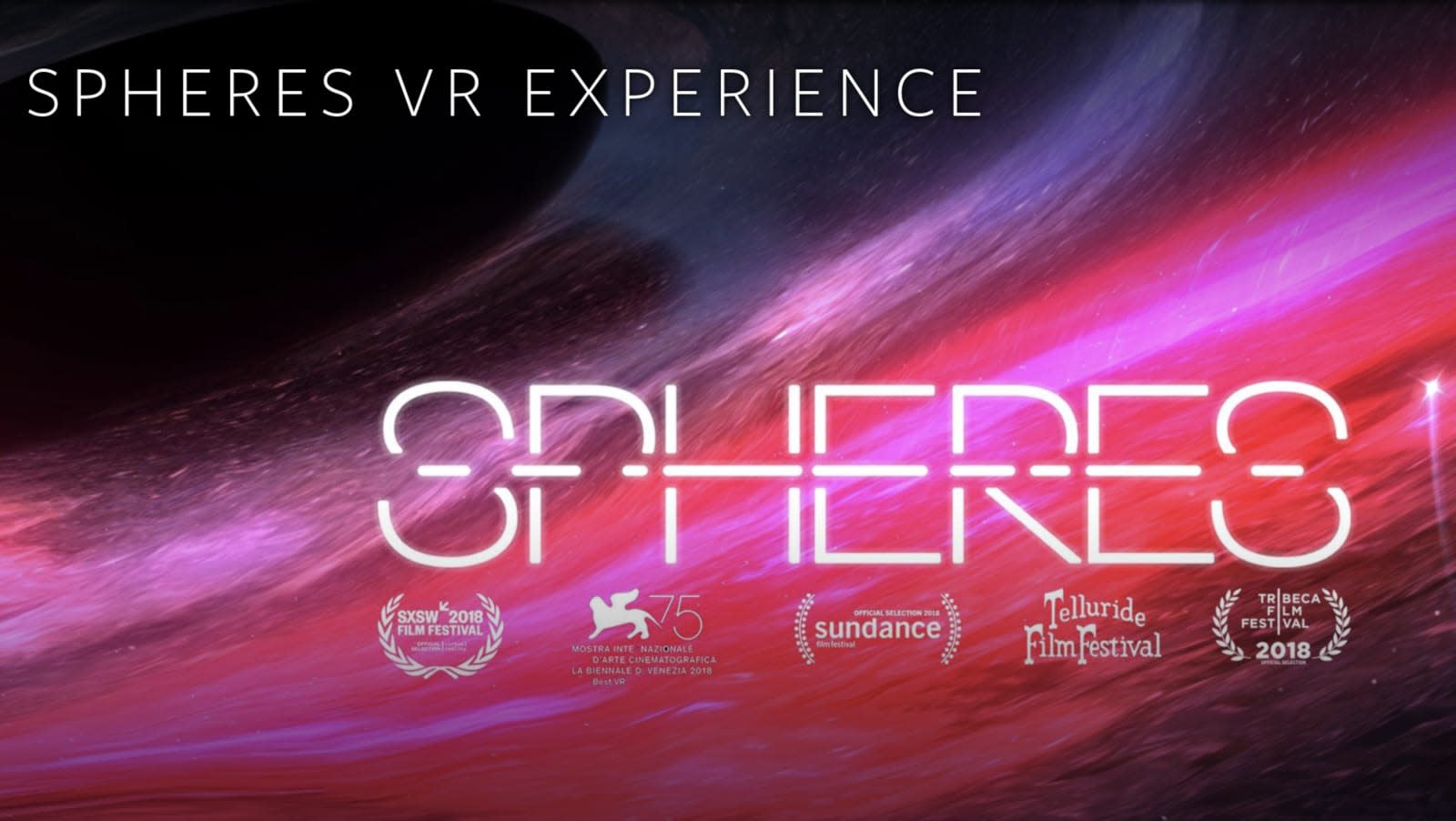 The Darren Aronofsky-backed space-themed virtual reality series Spheres will finally be available for public viewing starting on January 18th. It'll debut as a VR experience viewed through Oculus Rift headsets at the Rockefeller Center in NYC, with screenings held every day until March 3rd. Spheres consists of three 15-minute chapters, which were originally shown at different film festivals throughout 2018.

The second chapter, which was called Songs of Spacetime and narrated by Jessica Chastain, was shown at Sundance, where the project was snapped up for a seven-figure deal. Millie Bobby Brown (Eleven from Stranger Things) narrated the first chapter entitled Chorus of the Cosmos shown at the Venice Film Festival. The third chapter called Pale Blue Dot was launched at the Tribeca Film Festival and was narrated by singer-songwriter Patti Smith.

Eliza McNitt, the writer and director of Spheres, said:

"We've poured our hearts into this experience and it's a dream to have Spheres at Rockefeller Center. Together, we're making virtual reality accessible to the public. Now audiences can be transported from New York City to the heart of a black hole. I can't wait for you to join us on this journey to the cosmos."

Tickets are already available for purchase for $50 each, and some of the first screenings are nearly out of slots.

In this article: darrenaronofsky, entertainment, internet, spheres, virtualreality, VR
All products recommended by Engadget are selected by our editorial team, independent of our parent company. Some of our stories include affiliate links. If you buy something through one of these links, we may earn an affiliate commission.