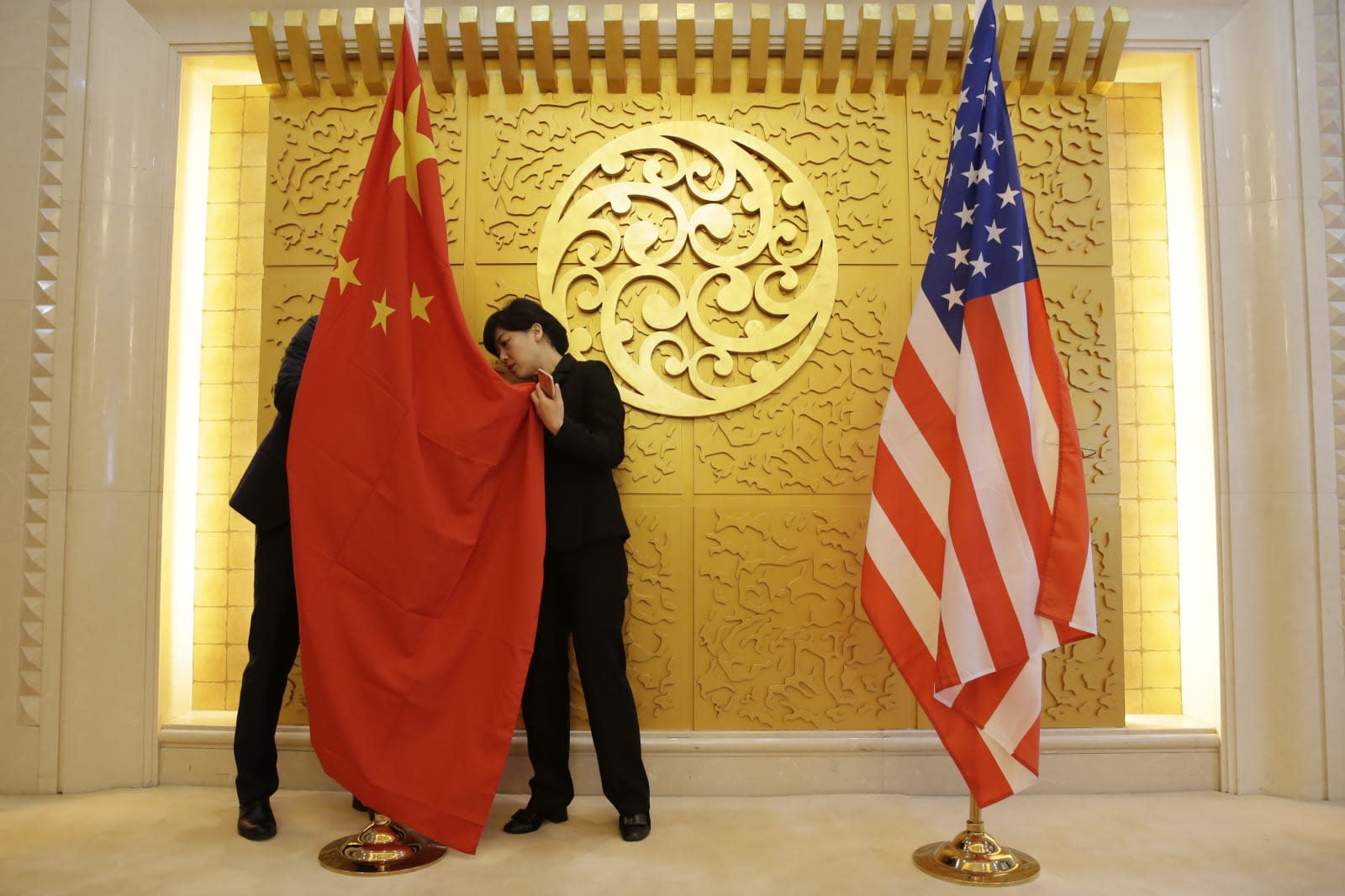 China might be prepared to further cool the US trade war. Legislators have submitted a draft law that would ban forced technology transfers, one of the objections that prompted the Trump administration to slap tariffs on China in the first place. The proposed measure instead "encourages" voluntary transfers. It would also have a "negative list" that would treat anything outside of that list as if it were a domestic investment, lifting some of the legal burden on foreign companies.

If the law goes forward, it might allay some of the US' concerns. That's not guaranteed, though, and it's not certain how this law would work in practice. Would the encouragement foster transfers when they make sense, or would it amount to pressure that makes life uncomfortable for companies if they don't hand over their tech secrets?

There may be some economic incentives to loosen up, though. While China wants to boost its technological independence, it's also facing uncertainty as its economy and productivity slow down. As with its relaxed car manufacturing rules, China is hoping that increased foreign tech investments could foster economic growth. The trade war is only one piece in a larger puzzle, albeit an important one.

In this article: china, donaldtrump, gear, IntellectualProperty, patents, politics, tariff, tariffs, tomorrow, tradewar, us
All products recommended by Engadget are selected by our editorial team, independent of our parent company. Some of our stories include affiliate links. If you buy something through one of these links, we may earn an affiliate commission.