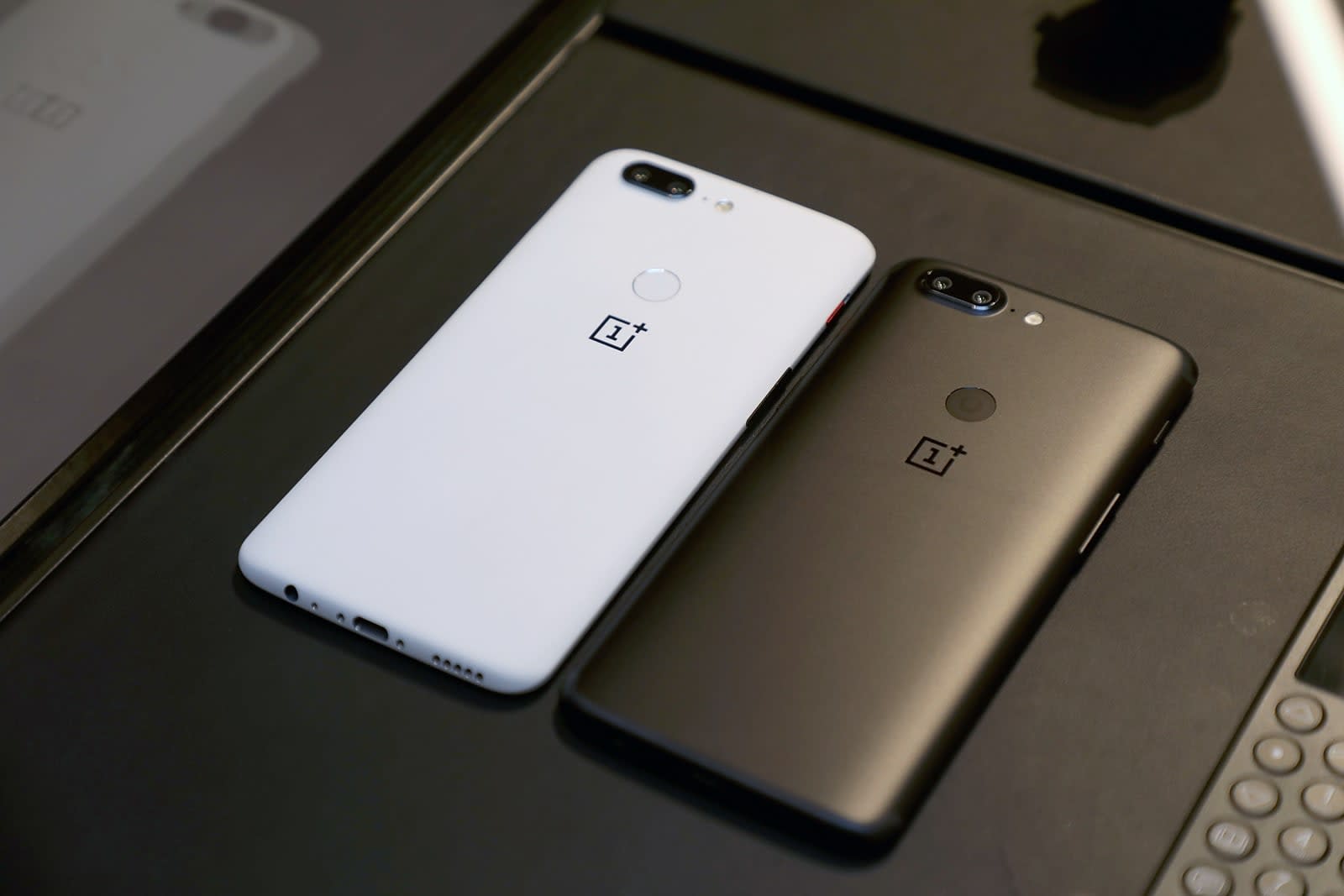 The OnePlus 5 and 5T are finally getting Android Pie. The latest version of Google's operating system is being made available to the OnePlus handsets via an over-the-air update. The rollout started this morning and will make its way to most devices over the next couple days according to OnePlus.

The official update to Android Pie comes after OnePlus launched an open beta period to test the new OS on the OnePlus 5 and 5T. Shortly after the beta, an official update was made available for Chinese users. While the 5 and 5T get to make the jump to Pie and the OnePlus 6 got a Pie update almost immediately, there's been no word on whether the rest of the company's lineup will be getting the upgrade any time soon.

With today's announcement, the OnePlus 5 and 5T join Samsung's Galaxy S9 and S9+ in getting the call up to Android Pie. Samsung started rolling out the update to its flagship smartphones earlier this week, even though Pie wasn't scheduled to be made available for the devices until January 2019.

In this article: android, android9, androidpie, AndroidUpdate, gadgetry, gadgets, gear, mobile, oneplus, oneplus5, oneplus5t, thebuyersguide
All products recommended by Engadget are selected by our editorial team, independent of our parent company. Some of our stories include affiliate links. If you buy something through one of these links, we may earn an affiliate commission.