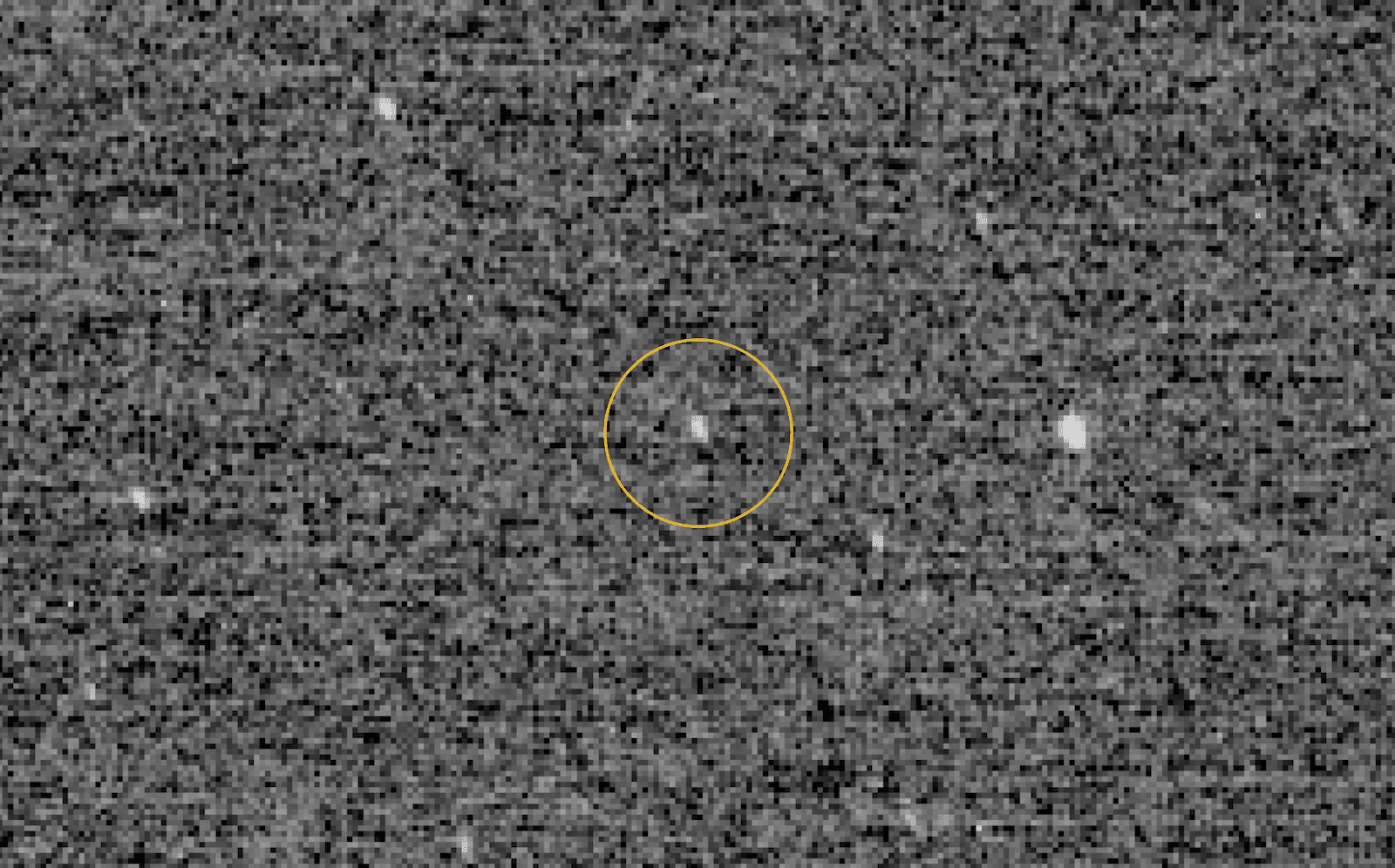 While we're welcoming the new year here on Earth, NASA's New Horizons spacecraft will be ringing in 2019 with a flyby of a very distant object in our solar system. In 2015, New Horizons gave us our best look yet at Pluto, and ever since, it has been heading towards a distant Kuiper Belt object known as Ultima Thule. On January 1st, 2019, it's scheduled to reach Ultima Thule, where it will collect detailed images and other data as part of the most distant exploration of a space object to date.

If all goes well, New Horizons will come within 2,200 miles of Ultima Thule, a tiny object around 19 miles wide and over 4 billion miles from Earth. Researchers hope Ultima can provide clues as to how dwarf planets like Pluto formed and offer a look into what our solar system was like billions of years ago. Because Ultima is so far from the sun, it's quite cold -- around 35 degrees Kelvin over absolute zero -- and at such a low temperature, it's likely Ultima hasn't changed much over time. "Because of where it was formed and the fact that Ultima is not large enough to have a geologic engine like Pluto and larger planets, we expect that Ultima is the most well-preserved sample of a planetary building block ever explored," NASA's Alan Stern wrote in a blog post.

The #NewHorizons spacecraft is on final approach to #UltimaThule! Lots happening to get ready for our historic #NYE19 flyby in the #KuiperBelt. Get the latest from Mission Principal Investigator Alan Stern in this new blog post --> https://t.co/yDyVDmo4bf pic.twitter.com/cGjYCbaR6Q

Because Ultima is so far away and so small, this flyby will be quite challenging, and it's very unclear what exactly we'll find when we get there. "What will Ultima reveal? No one knows," Stern wrote. "To me, that is what's most exciting -- this is pure exploration and fundamental science!" And he told The Verge that he isn't one to make predictions about what might be discovered. "The only prediction I made at Pluto is we'd find something wonderful, and we did," he said. "I think the fun of this is we don't know what we're going to see."

New Horizons snapped its first picture of Ultima in August, and the images it collects during its flyby will provide scientists will the first close-up look of a small Kuiper Belt object. New Horizons' closest approach to Ultima will occur at 12:33 AM Eastern Time and the spacecraft is programmed to begin sending data back a few hours after its flyby. That data will take around six hours to reach Earth and Stern says the team expects to have New Horizons' first Ultima image ready for release on January 2nd.

In this article: 2014mu69, gear, KuiperBelt, nasa, NewHorizons, Pluto, space, spacecraft, UltimaThule
All products recommended by Engadget are selected by our editorial team, independent of our parent company. Some of our stories include affiliate links. If you buy something through one of these links, we may earn an affiliate commission.