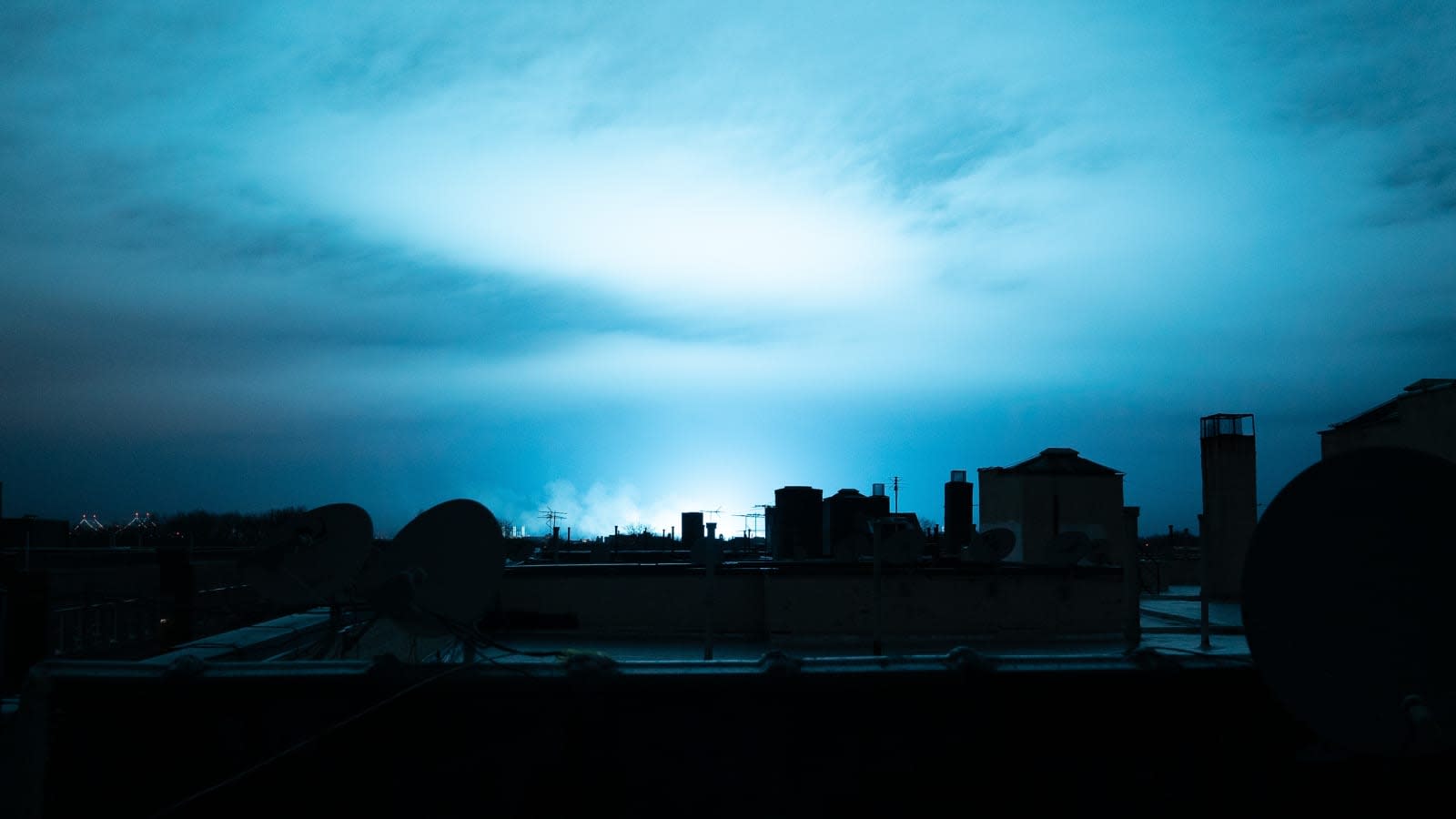 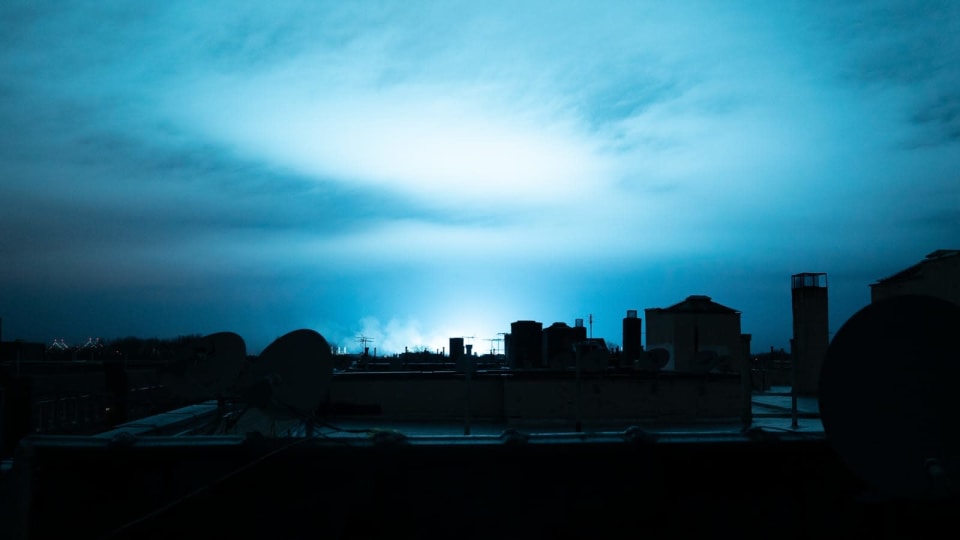 Last night, people across New York City spotted an eerie light show when the night sky was lit up by a bright, pulsing blue light. Images and videos of the event quickly flooded social media, leaving many in and outside of New York wondering just what was going on. The culprit was identified shortly thereafter -- a Con Edison power plant in Astoria, Queens. And while the bright blue light was initially believed to be the result of an explosion at the plant, the company said this morning that it was caused by an "electrical fault" that caused an arc flash.

Last night's electrical fault caused a sustained electrical arc flash & transmission disturbance. There were no injuries and all the power lines serving the area are stable. We apologize for the disruption to customers. Photo: Wall Street Journal. #Queens #Astoria pic.twitter.com/c6chBF4BFL

"The electrical fault on the 138,000-volt equipment caused a sustained electrical arc flash that was visible across a wide area," the company said in a statement to WABC. "The affected equipment was isolated to a single section within the substation."

An electrical fault is basically just an electrical current that isn't behaving as it should, and Con Edison is still investigating what caused the fault in this case. An electrical arc occurs when an electrical current passes through a non-conductive medium like air. As this electricity reacts with gasses, it creates a plasma that can span between and connect two objects serving as electrodes. It's a phenomenon utilized in welding and it's similar to what occurs in lightning, though lightning is considered an electrical spark, the different being a spark is brief while an arc is sustained.

A spokesperson told WABC that the problem likely lies with a malfunctioning relay system -- a protective measure that's supposed to stop electricity transfer when a fault is detected. Transformers, like the one that produced the bright light in Queens, change the electricity flowing through them into different voltages. As Popular Mechanics explains, sometimes the circuits can be hit with too much electricity, which is when protective devices like relays are supposed to kick in.

It's not everyday that the night sky is lit up with pulsing blue light, so naturally, the internet had a field day with this event. Many posted videos of the sky and others, with a closer view of the transformer itself, shared images of what was going on there.

Say, NYC, wtf was this? pic.twitter.com/14Udgs0SFt

View from my roof insane pic.twitter.com/ekLyolAPO5

Some began looking for a scientific explanation as to why a power plant failure would produce blue light specifically.

Plasma physicist weighs in! This explains why people have seen purple and blue in the Queens explosion. https://t.co/bEtOo5A38j

Others used the incident to hilariously make fun of some of our worst cultural trends.

And of course, there was talk of aliens.

Is this an alien invasion? pic.twitter.com/ED4G94tQYo

But rest assured, it's not aliens. Really.

Confirming incident in #Astoria was result of transformer explosion. No injuries, no fire, no evidence of extraterrestrial activity. Please continue to follow @FDNY and @Conedison

In this article: conedison, electricity, gear, internet, NewYorkCity, PowerPlant, transformer
All products recommended by Engadget are selected by our editorial team, independent of our parent company. Some of our stories include affiliate links. If you buy something through one of these links, we may earn an affiliate commission.