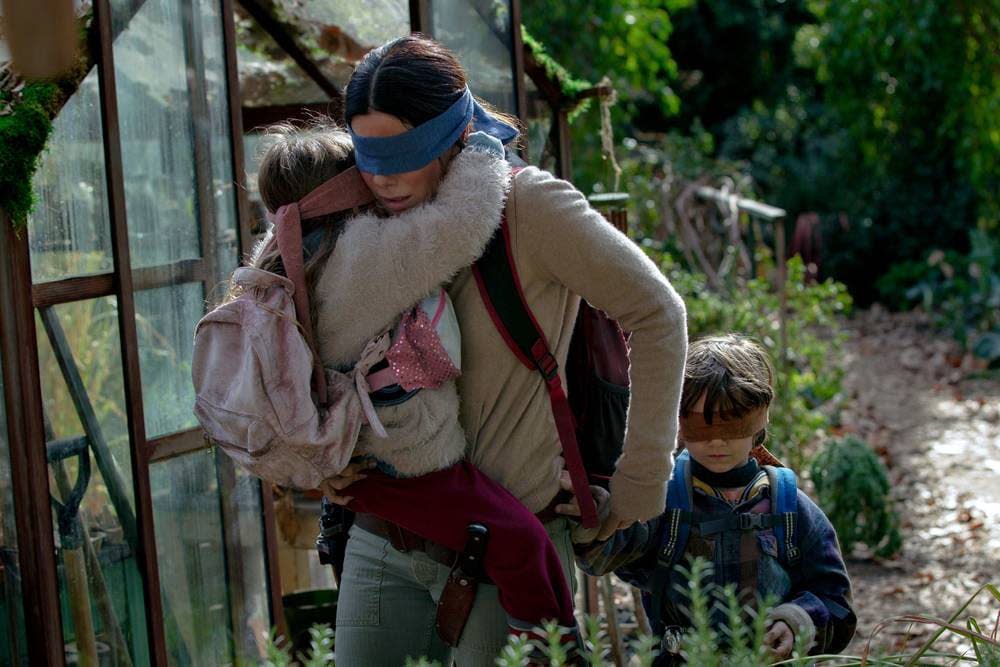 Netflix's Sandra Bullock-led film Bird Box started streaming December 21st and now in a rare move, the company has shared viewing numbers. From its Netflix Film Twitter account, the company said over 45 million accounts had watched Bird Box so far, adding that it had the strongest first week of any Netflix film to date.

Took off my blindfold this morning to discover that 45,037,125 Netflix accounts have already watched Bird Box — best first 7 days ever for a Netflix film! pic.twitter.com/uorU3cSzHR

Bird Box, which has inspired a number of memes, centers on Bullock's character Malorie who has to protect her family from a mysterious force that causes you to kill yourself if you see it. As Malorie and her children set out in search of a safe place, they have to find their way there with blindfolds on in order to remain unharmed.

In October, Netflix said it had over 130 million paid subscribers, which means over one third of its members have watched Bird Box so far. It's an impressive number -- which is probably why Netflix has shared it, something the company doesn't typically do. While the movie has garnered mediocre reviews, it's been heavily marketed and its cast, which, along with Bullock, includes John Malkovich, Sarah Paulson and Jacki Weaver, has almost certainly contributed to its success. Of course, its holiday-timed release and FOMO-inducing memes probably helped as well.

In this article: av, birdbox, entertainment, film, internet, movie, netflix, streaming
All products recommended by Engadget are selected by our editorial team, independent of our parent company. Some of our stories include affiliate links. If you buy something through one of these links, we may earn an affiliate commission.