Tony Hawk is still learning how to make video games

'Skate Jam’ is the Birdman's first game since parting ways with Activision.

Tony Hawk knows that his last video game, Pro Skater 5, was a flop. The PS4 version has a 32 rating on Metacritic, a site that aggregates review scores from IGN, Game Informer and other media outlets. For the long-running action sports franchise, that's dreadful. The PS1 version of Pro Skater 2, for comparison, has a near-perfect 98 rating, while Pro Skater 3 and 4, developed primarily for the PS2, have 97 and 94 scores respectively.

"I'm learning as I go," Hawk told Engadget on the phone. "So obviously I embrace those failures as learning processes. We were up against a deadline and lack of resources with those games, so I understood those challenges and I had to accept them, ultimately." 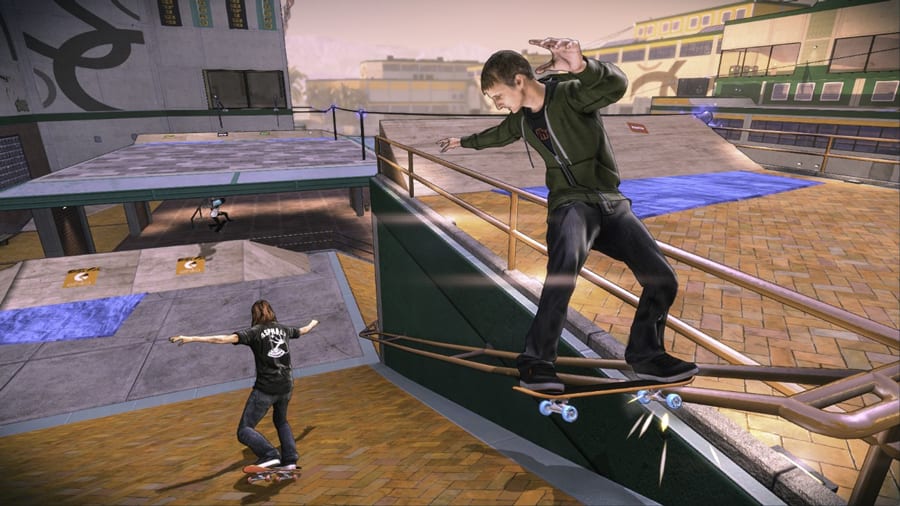 Turn on browser notifications to receive breaking news alerts from Engadget
You can disable notifications at any time in your settings menu.
Not now
Tony Hawk's Pro Skater 5 was a low point for the series.

Activision, the owner of the Pro Skater license, hired a studio called Robomodo to make Ride, Shred, Pro Skater HD and Pro Skater 5. Hawk, unsurprisingly, has mixed feelings about those games. "The communication ... in those later years of Activision, the communication was very distant," he explained. "And it was not efficient at all. The feedback ... and there were all kinds of other challenges. But let's say that, once I wasn't working with Neversoft, things got much more challenging."

Hawk and Activision went their separate ways after the release of Pro Skater 5. "I am forever grateful to Activision for two decades of support," Hawk explained in a tweet last February. "My contract with them ended amicably in 2015." He's now working with Maple Media on Skate Jam, a free-to-play smartphone game that launched on December 13th.

The single-player mode is broadly similar to the original Pro Skater games. You have two minutes to roll around a level and complete a bunch of eccentric challenges, such as collecting H-A-W-K letters or hitting a certain high score. The controls, unsurprisingly, are stripped down to a virtual analog stick and four on-screen action buttons. Play well, though, and you can unlock a new Hawk mode that turns you into the legendary skater temporarily. There's also a multiplayer mode, based around an in-game currency, where you can try to set a world-beating high score or combo. 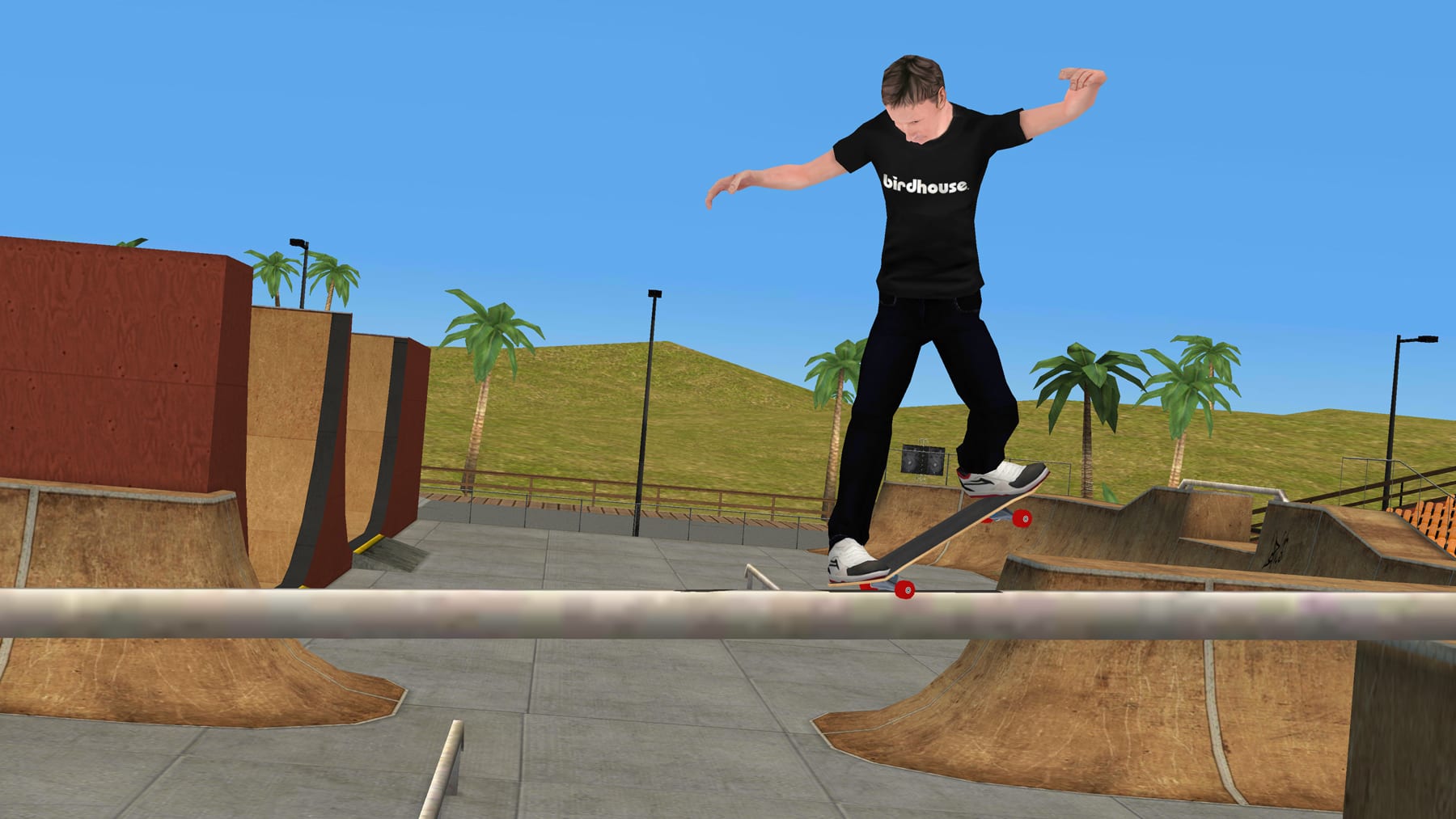 For the Birdman, Skate Jam is a chance to start over with a new team and sort-of-new platform (Pro Skater 2 was on iOS for a while, and Shred Session, an endless runner, was soft-launched in 2014 but never released globally.) "Mobile devices are better than what we were using on consoles almost 10 years ago," Hawk said. "It's exciting that you can have that same power, that same experience, but on a small device in your hands."

Hawk has been "embedded" with Maple Media, the company behind Driftmania, Snowboard Party and Skateboard Party 3, for most of Skate Jam's development. "I feel strongly about the quality control," he said, "and the communication." The skateboarder feels more "nimble" working with a smaller team that can listen to player feedback and, if necessary, push out daily updates. "I'm excited for that connection with the fanbase," he said. "The speed that we can put it out there and how much we can change it." 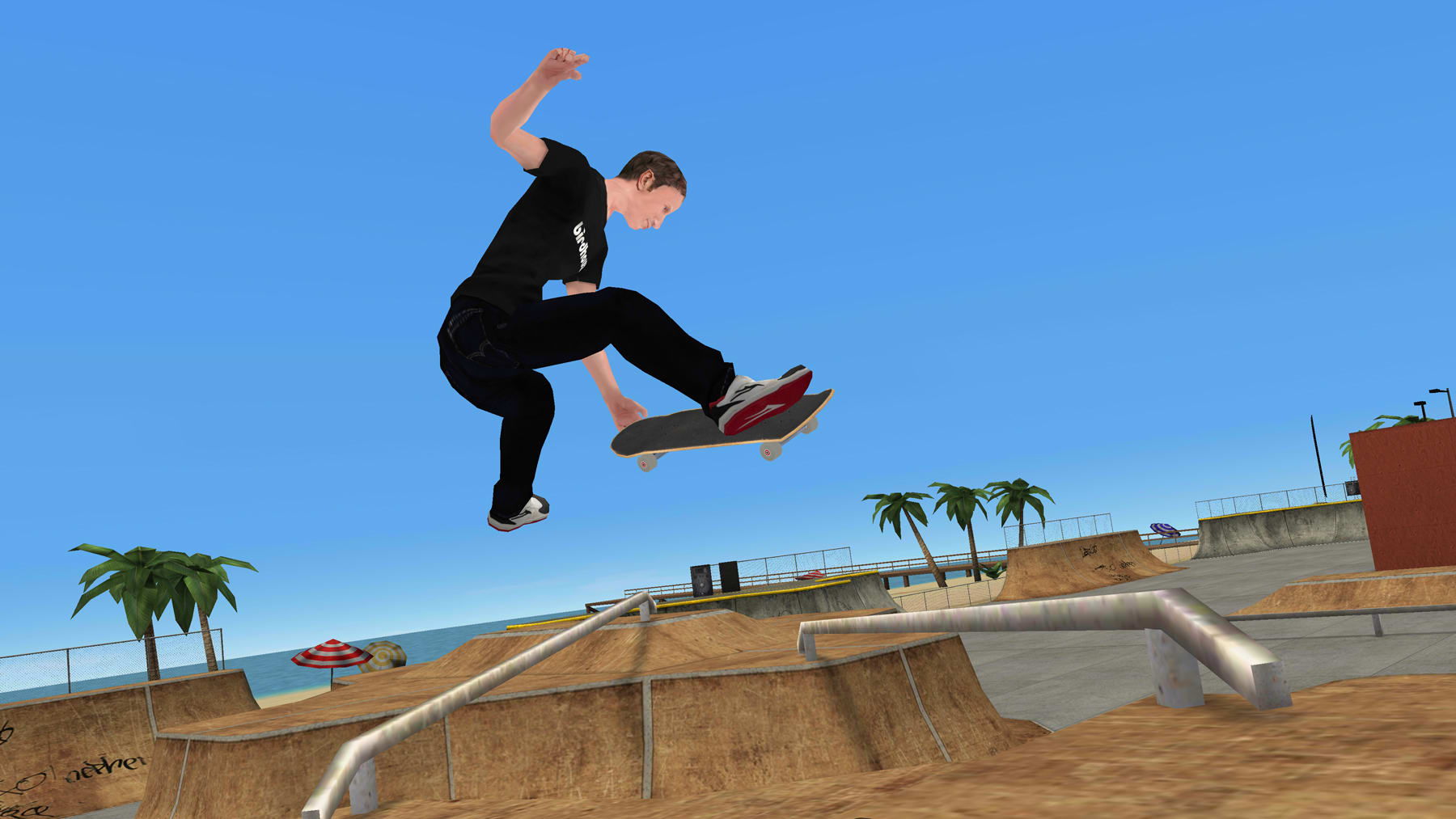 Early reviews haven't been kind, though. "Unfortunately, after a considerable amount of time attempting to play this game I'm sad to say, in the parlance of our times, this ain't it, chief," Eli Hodapp said in a scathing review for Destructoid. (I would give my own assessment, but the Android version isn't available in the UK yet.) At the time of writing, however, the iOS version of Tony Hawk's Skate Jam has a respectable 4.1 (out of 5) rating on the App Store. Some user reviews are positively glowing: "Skate Jam is super fun," one player wrote. "It takes some time to get used to the controls but once you master it, you can do really great combos and tricks."

There's still hope, it seems, for the Tony Hawk name in video games. "This is something I believe in," the 50-year-old skateboarder tells me.

For better or worse, I believe him.

All products recommended by Engadget are selected by our editorial team, independent of our parent company. Some of our stories include affiliate links. If you buy something through one of these links, we may earn an affiliate commission. All prices are correct at the time of publishing.
Tony Hawk is still learning how to make video games
art
gaming