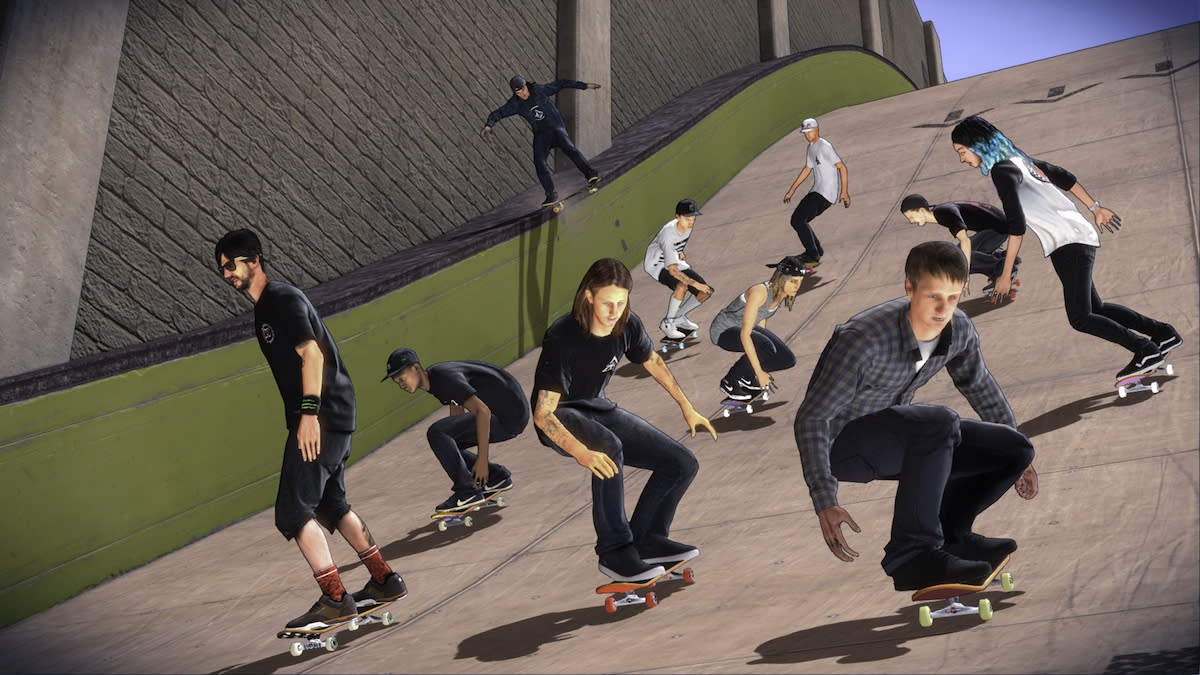 The reviews are in and Tony Hawk's Pro Skater 5 is... not looking good. When I played the game in Chicago earlier this year, it was fine. There were a few glitches here and there, sure, but it was an early version of the game and that's to be expected. The game crashed a few times, but it wasn't anything like I've seen in various videos that've surfaced online this week. It's a sad state of affairs that games are releasing this buggy and possibly broken even two years into the PlayStation 4 and Xbox One's lifecycle. There is light at the end of this tunnel though: You can save yourself some grief by watching Sean Buckley and myself broadcast the game this afternoon instead of buying it for yourself. What's more, we have four skateboard decks signed by Tony Hawk himself to giveaway! Join us for both starting at 6pm ET / 3pm PT.

You can join us here on this post, the Engadget Gaming homepage or, if you want to chat, head over to Twitch.tv/joystiq and hit the heart button under the video window while you're there. To enter the contest, head to the Rafflecopter widget below, but don't forget to read the rules at the bottom of the post. Good luck!

[We're streaming Tony Hawk's Pro Skater 5 on Xbox One, through OBS. It'll assuredly look better on your console at home, but we can't make any promises for how it plays.]

In this article: activision, gaming, giveaway, hd, hdpostcross, playdate, robomodo, skateboard, skateboarding, streaming, thps5, TonyHawk, tonyhawksproskater, TonyHawksProSkater5, twitch
All products recommended by Engadget are selected by our editorial team, independent of our parent company. Some of our stories include affiliate links. If you buy something through one of these links, we may earn an affiliate commission.