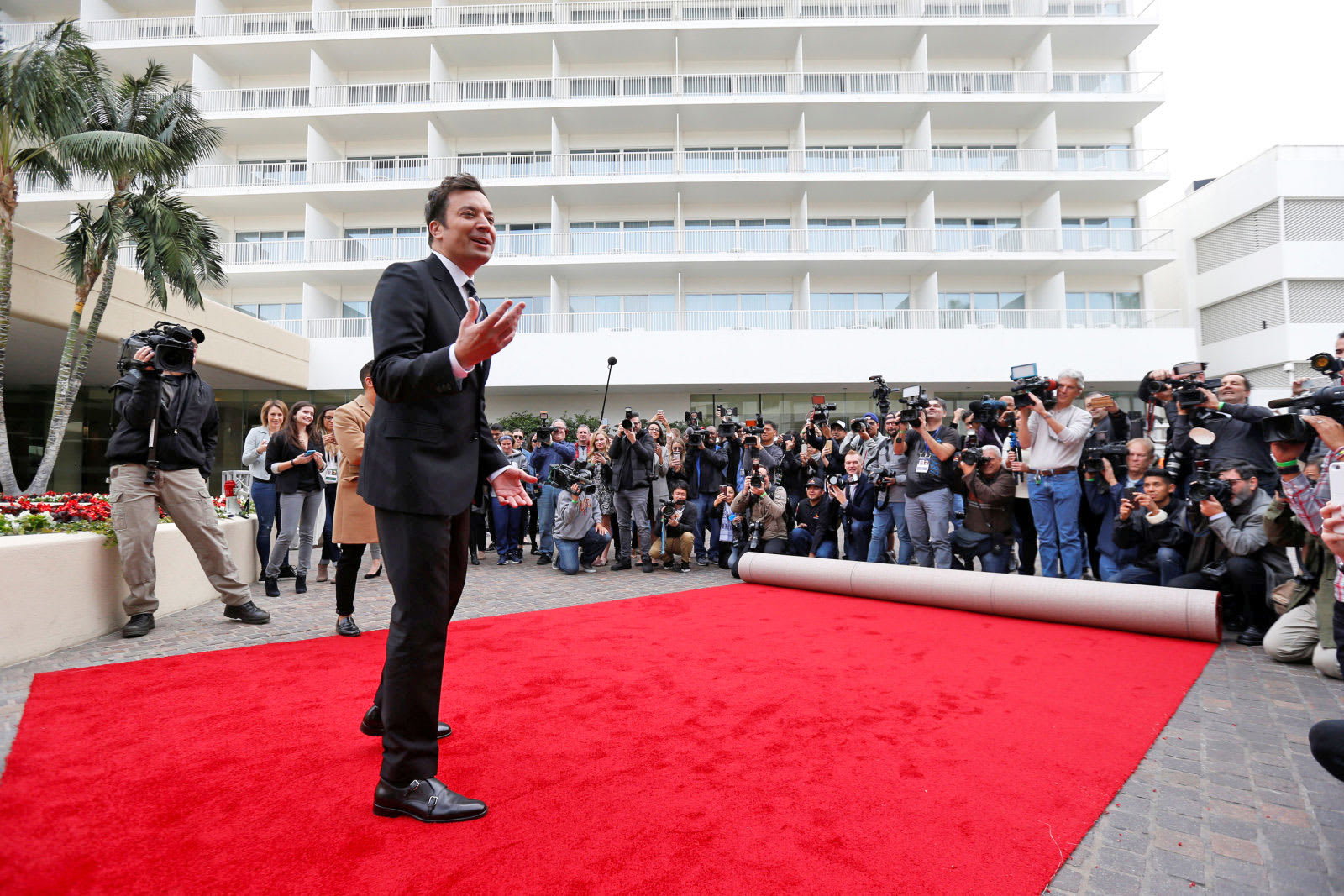 Last year, Twitter trumpeted that it scored the rights to livestream the Golden Globes...pre-ceremony red carpet show. You know, where all those nicely-dressed celebrities are asked pressing questions about things, and they answer, and the interviewer coos at their success/struggles/relationship/divorce/look. Well, you can still see that online this year, but you'll have to go to that other social media dumpster to watch it: Facebook snagged the livestreaming rights to the Golden Globes red carpet pre-show this Sunday, January 7th.

Even if you haven't kept up on traditional network or cable shows, streaming TV had its most lauded year yet. Netflix scored nine Golden Globe nominations divided between The Crown, Stranger Things, Master of None, Glow, Ozark and 13 Reasons Why. Amazon Video got three in total for The Marvelous Mrs. Maisel and I Love Dick, while Hulu snagged three -- all for The Handmaid's Tale.

Via: TechCrunch
Source: Variety
In this article: av, entertainment, facebook, goldenglobes, Livestream, services
All products recommended by Engadget are selected by our editorial team, independent of our parent company. Some of our stories include affiliate links. If you buy something through one of these links, we may earn an affiliate commission.