In addition to autonomous vehicles crawling the cities without drivers, we should start getting ready for the sky to be taken over by robot chauffeurs. One of the companies working on future air taxis is Germany-based Volocopter. Its 18-rotored human-sized drone took flight at Intel's CES keynote and was on display at the Las Vegas Convention Center. So naturally, we asked to sit in it.

Volocopter began its journey to autonomous air taxis in 2013 and has made some impressive progress in the past four years. It's been flown not only on stage at CES but it's taken flight in Germany and completed an autonomous flight in Dubai. It used GPS waypoints during that pilotless excursion.

The drone's 18 rotors are powered by nine batteries which power two rotors each. The tiny propellers that share a battery are on opposite ends of the aircraft. That way if a battery fails, it won't seriously affect the stability of the Volocopter.

The powerpack will keep the aircraft in the sky for 30 minutes: long enough for urban air-transportation, according to the maker. When it lands, instead of plugging the Volocopter in, the rear cone can be removed and the battery packs swapped in three-to-five minutes. It's currently a manual operation, but the company envisions robots taking care of this in the future. 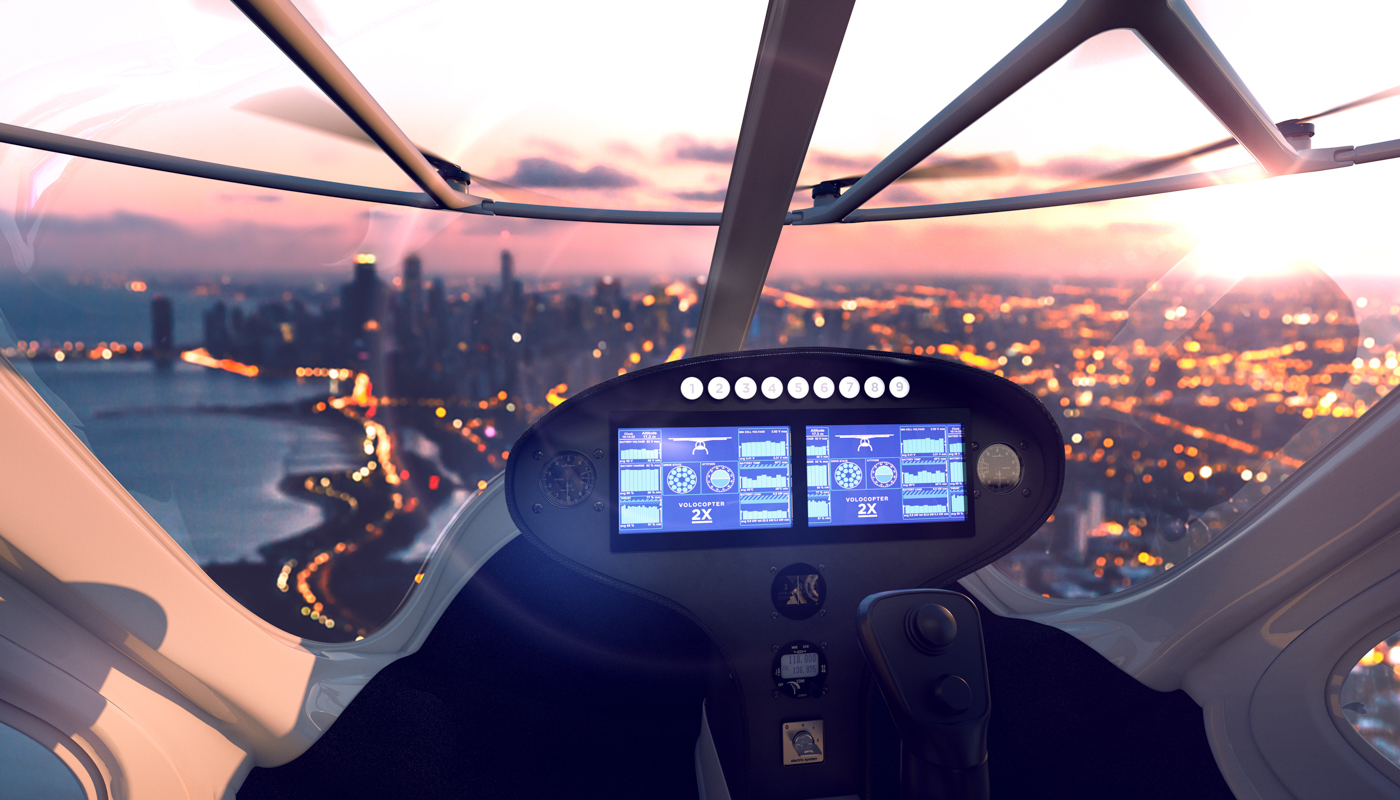 But even with its successful test flights and Intel's avoidance system on board, it'll be a while before any of us are taking sky taxis to our destinations. Flight trials with pilots will commence in about two years with autonomous trials about a year after that. During that time, the company will also have to navigate the FAA and other regulatory institutions. But it's hopeful that when the technology is ready (in about five years), the government will be as well. Then you might have the option of taking either a self-driving car or autonomous sky taxi to your destination.

In this article: airtaxi, autnomous, business, ces2018, gadgetry, gadgets, gear, intel, robots, services, tomorrow, transportation, video, volocopter
All products recommended by Engadget are selected by our editorial team, independent of our parent company. Some of our stories include affiliate links. If you buy something through one of these links, we may earn an affiliate commission.