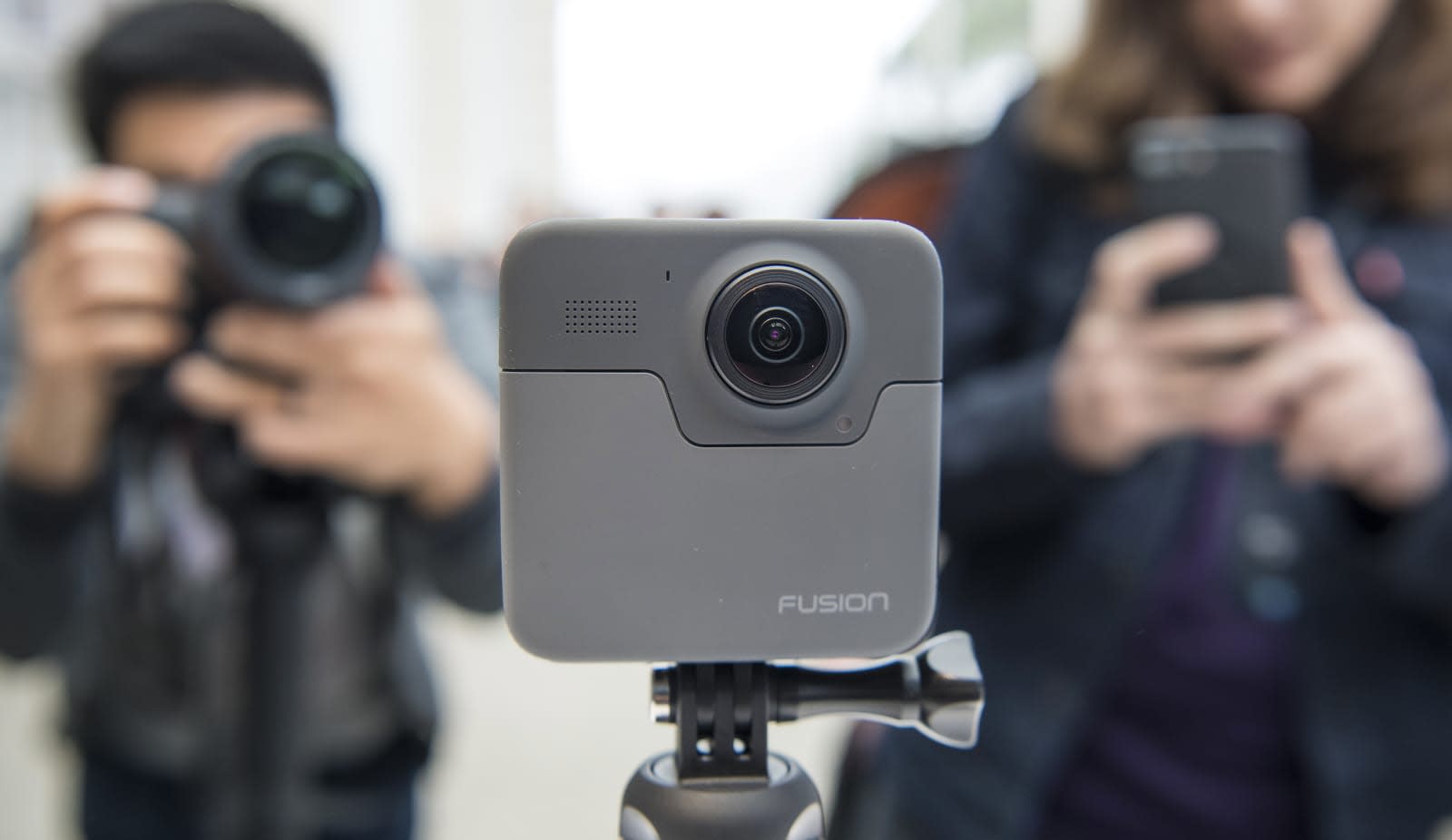 GoPro's ability to nail the experience with its 360-degree Fusion camera will rely on its marriage of hardware and software capabilities, and now the latter is getting a boost. An update to the company's Android app allows certain phones (listed below) to pair with the camera and share 360-degree stills or video clips.

There are only about ten models on the compatible list, and just like on iOS, capabilities vary by platform, however, GoPro expects the list to expand as "we continue to improve stability, image processing and overall performance on the platform." Until then, Pixel and recent Galaxy owners are among those with one more reason to consider the $700 camera, even if some other Android users don't.

Source: Google Play, GoPro
Coverage: GoPro Fusion-Supported mobile devices list
In this article: 360degreevideo, android, cameras, fusion, gear, gopro, goprofusion, mobile, sphericalvideo
All products recommended by Engadget are selected by our editorial team, independent of our parent company. Some of our stories include affiliate links. If you buy something through one of these links, we may earn an affiliate commission.