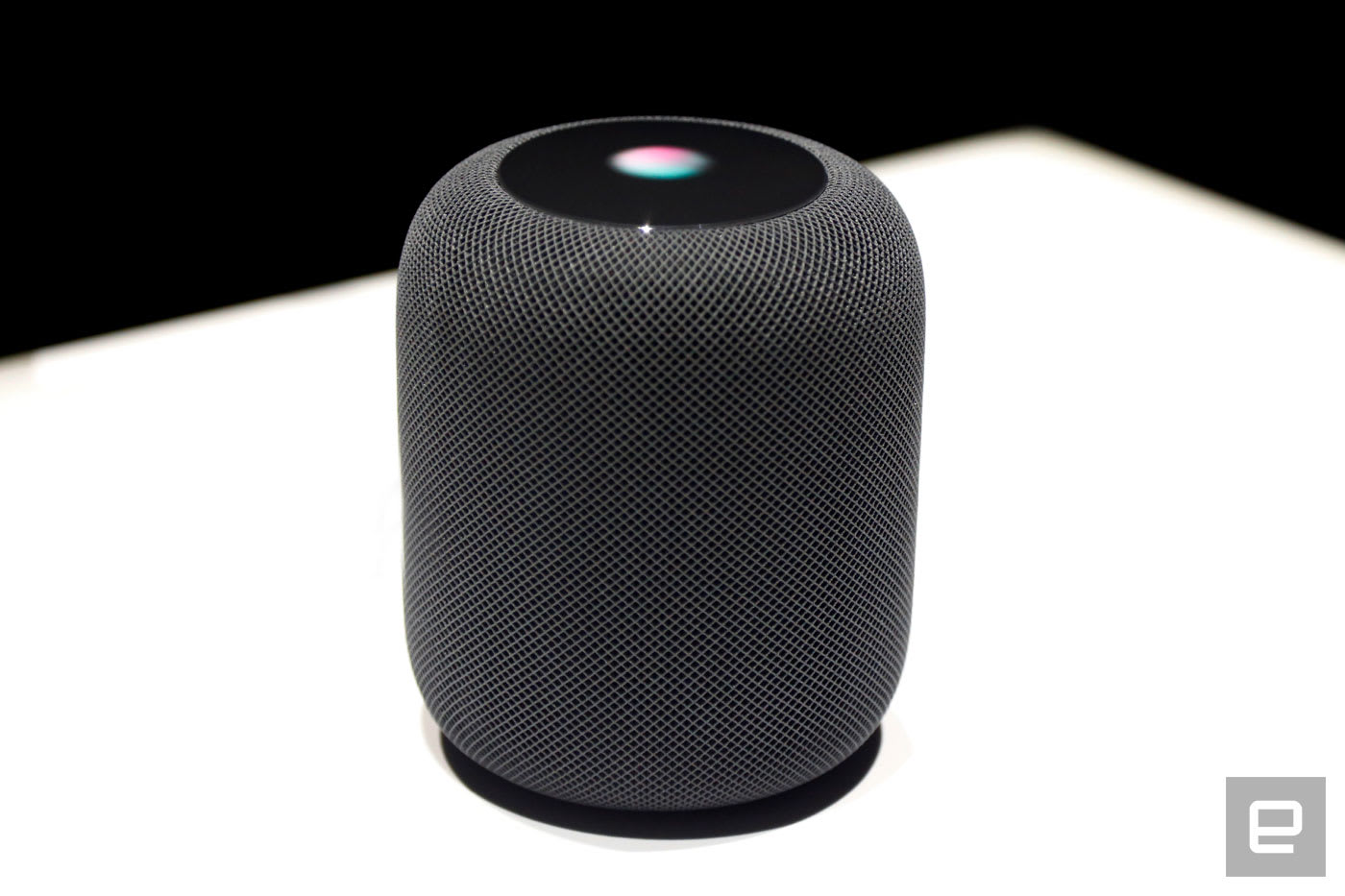 Apple's own vision for the future of home audio, the HomePod smart speaker, will begin shipping on February 9th. Pre-orders for the device open this Friday, January 26th, and are open to users in the US, UK and Australia, while those in France and Germany will be waiting until the "spring." It will, as expected, be priced at $349 / £319, and is available in either White or Space Grey.

HomePod is Apple's own weapon in the fight against Amazon and Google in the war of smart speakers with voice assistants. Like its rivals, the device can listen to commands, via Siri, allowing you to control your smart home and music playback.

The company is also touting the tight integration between its hardware and Apple Music, connecting it to a library of over 45 million songs. Plus the ability to, in future, daisy-chain units together to create Sonos-esque multi-room audio all over your home.

Apple is, perhaps obviously, preferring to talk about the quality of the audio that HomePod produces compared to its rivals. There is a seven-tweeter array in the base of the device and six microphones nestled in the body, and is designed to adjust its sound according to the local environment.

The HomePod has had something of a troubled journey to stores, and has been in development since 2012 as a side project. The company initially scoffed at the poor audio quality offered by Amazon's Echo speaker, and wanted to build something that sounded a lot better.

Apple had, initially, intended getting HomePod out of the door in time for the 2017 holidays, but conceded it would miss that deadline back in November. As a consequence, Amazon and Google have had an extra couple of months -- and the holiday season -- to win over consumer hearts and minds in the space.

The company is clearly hoping that the superior sound quality the HomePod offers is going to be enough to justify its far higher price. In addition, Apple is pushing the angle that, since it doesn't collect personal information or record your conversations, that HomePod is the device of choice for the privacy-minded.

Source: Apple
In this article: AmazonEcho, apple, av, gear, GoogleAssistant, home, HomePod, SmartSpeaker
All products recommended by Engadget are selected by our editorial team, independent of our parent company. Some of our stories include affiliate links. If you buy something through one of these links, we may earn an affiliate commission.