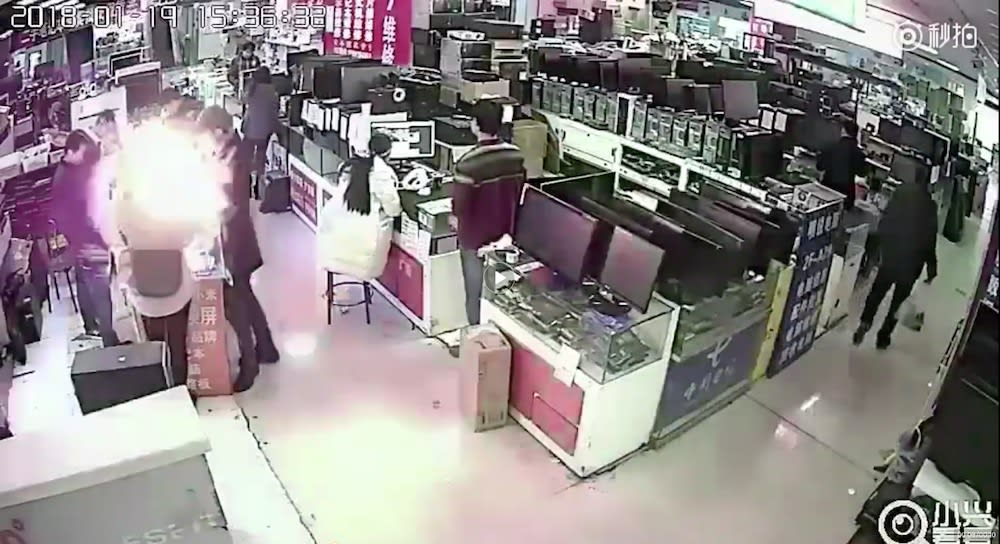 We're nothing if not helpful here at Engadget and we're always looking out for your well-being. So today we have a little bit of advice for you: Don't bite your iPhone battery. One man found this out the hard way, Appleinsider reports, causing a minor explosion at an electronics store in China.

You can check out a video of the incident here. It shows the man bringing an iPhone battery up to his face, then biting it, and as he removes the battery from his mouth, it explodes. Taiwan News reported that the customer was at the store buying a replacement battery for his iPhone and that because Chinese electronics stores often carry fake Apple products, the man was probably biting it as a way to test its authenticity.

Apparently nobody was hurt and the video -- CCTV footage posted to Miaopai.com -- is nearing five million views. However, that no one was injured by the blast is probably just a major stroke of luck, so please don't go repeating it just for fun. We don't need battery biting to be the next Tide Pod Challenge.

Via: AppleInsider
Source: Miaopai.com
Coverage: Taiwan News
In this article: apple, battery, explosion, gadgetry, gadgets, gear, iphone, mobile, TL18ATTK
All products recommended by Engadget are selected by our editorial team, independent of our parent company. Some of our stories include affiliate links. If you buy something through one of these links, we may earn an affiliate commission.