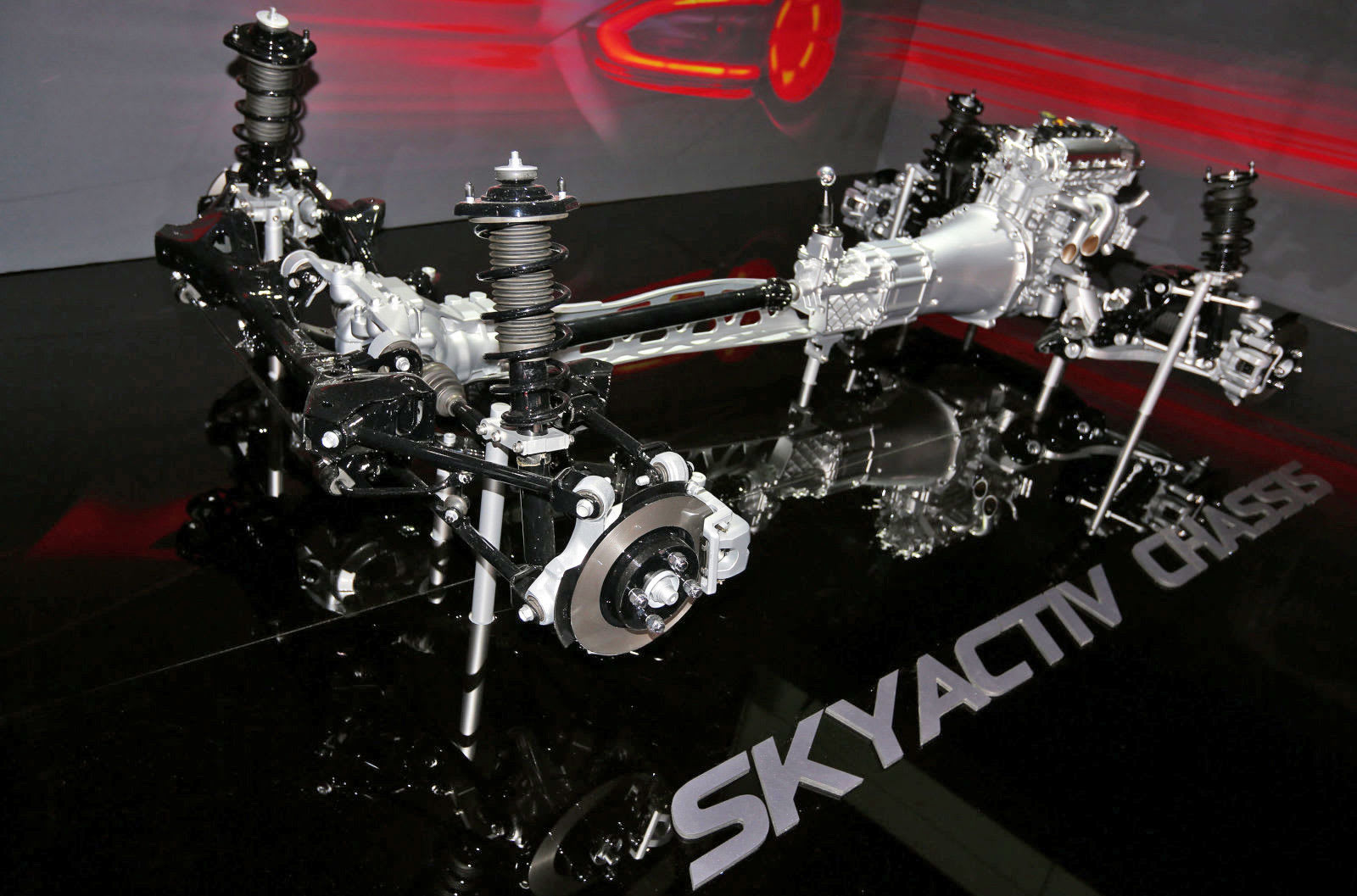 Mazda is already working on the successor to its efficient Skyactiv-X motors, and thinks it could make cars as clean as EVs, if you take into account CO2 from electricity production. The automaker believes it can increase the efficiency of the Skyactiv-3 to 56 percent, close to the maximum theoretical thermal efficiency of an "Otto" cycle gas engine, Mazda's Mitsuo Hitomi told Automotive News. If it can achieve that mark, it would reduce CO2 pollution by a quarter, making Skyactiv-3 motors as efficient as EVs on a well-to-wheels basis.

As a reminder, the Skyactiv-X motor combines the fuel-efficiency of diesel motors with gasoline's lower pollution levels. It compresses the gasoline-air mixture much more than a regular motor, and then ignites it with "spark controlled compression ignition (SCCI)" tech. That allows more of the gases to be burned, providing 30 percent more power to the wheels for the same amount fuel.

Hitomi didn't provide any details about how it can possibly build such a high-efficiency motor, and 56 percent thermal efficiency sounds like a nearly impossible mark. Also, his EV comparison claims don't stand up in nations like France, which gets 90 percent of its power from non-CO2 sources.

Furthermore, Mazda's Skyactiv-X motors aren't due on the market until 2019, so the new Skyactive-3 tech won't likely be coming until the early to mid 2020s. By the time it arrives, the mix of power plants will favor renewable energy to a higher degree, and EVs are bound to have much better range and lower prices.

Nevertheless, gasoline engines are still going to be around for a long time, and Mazda is one of the few automakers trying to improve them. If it manages to get to just half its goal, the Skyactiv-3 engines will still be far and away the most efficient available.

Source: Automotive News
In this article: GasPowered, gear, ICE, InternalCombustion, Mazda, Next-gen, Skyactiv, Skyactiv-3, transportation
All products recommended by Engadget are selected by our editorial team, independent of our parent company. Some of our stories include affiliate links. If you buy something through one of these links, we may earn an affiliate commission.