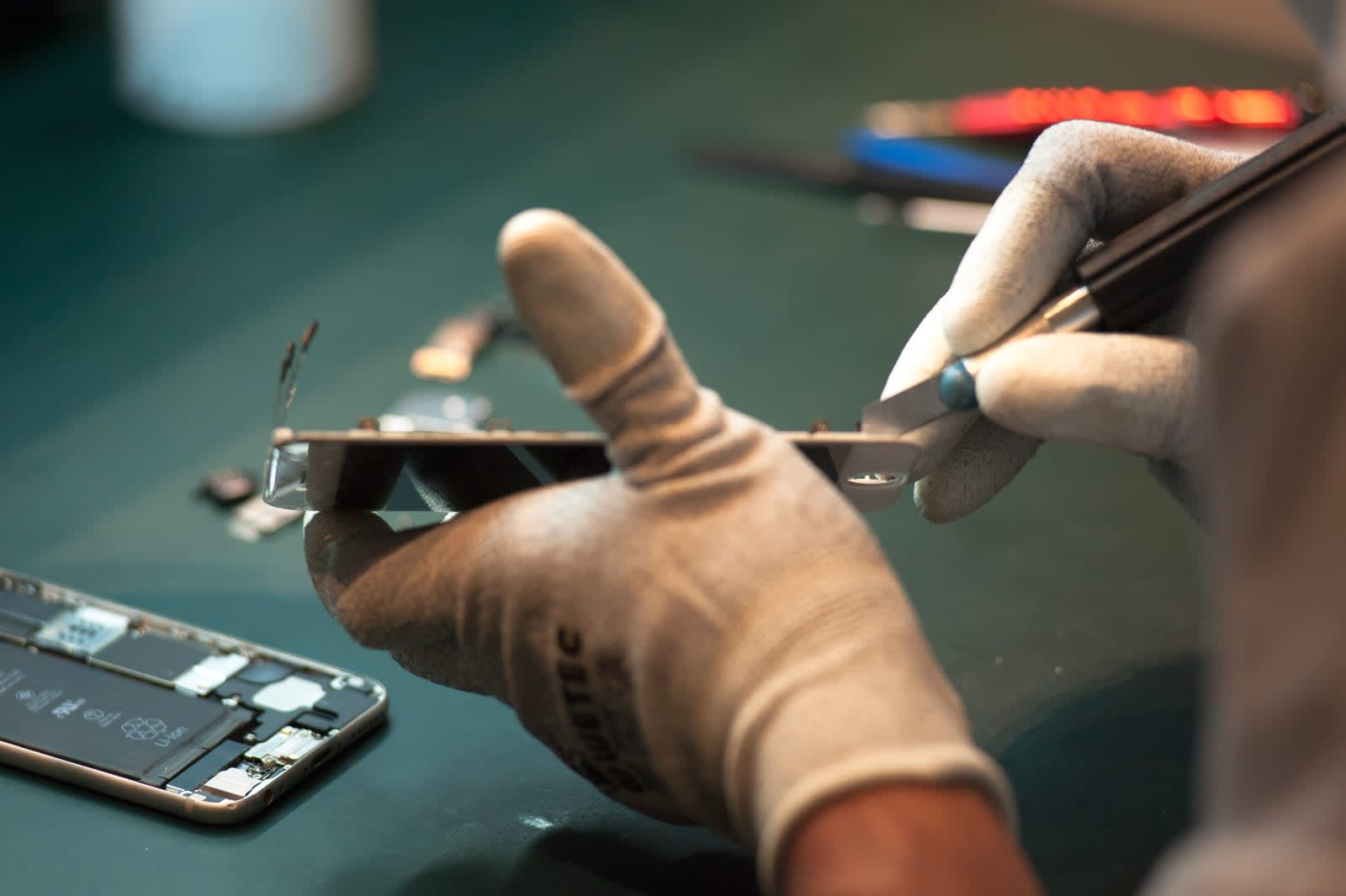 The Right to Repair Act is heading to the biggest tech corporations' home state. Lawmaker Susan Talamantes Eggman is introducing the bill in California, which is now 18th state in the country to look into making devices easier to repair. These days, you can either bring your broken phone, tablet or computer to their manufacturers'/retailers' repair facilities and wait a long time for them to be fixed or to an unauthorized kiosk that can fix your devices more quickly but don't have (legal) access to official parts.

The Act would require tech titans to release repair guides and make official repair parts available to consumers and third-party repair professionals. It would also put diagnostic info and tools into your hands or to the hands of independents repair shops. Doing so has quite a few benefits, including the reduction of e-waste. By giving people more repair options to choose from, after all, they're all less inclined to just throw out a broken device and buy a new model when the old one can still be salvaged. Also, it encourages people to be more adventurous when it comes fixing their own devices, which could give rise to new innovators and inventors.

"The bill is critical to protect independent repair shops and a competitive market for repair, which means better service and lower prices. It also helps preserve the right of individual device owners to understand and fix their own property. We should encourage people to take things apart and learn from them. After all, that's how many of today's most successful innovators got started."

When Right to Repair was introduced in Nebraska, Apple told lawmakers that it would turn the state into a "mecca for hackers." Suffice it to say, tech titans won't be happy now that the Act has reached their backyard.

Source: Susan Eggman
In this article: bill, california, gear, mobile, rightrorepair, susaneggman
All products recommended by Engadget are selected by our editorial team, independent of our parent company. Some of our stories include affiliate links. If you buy something through one of these links, we may earn an affiliate commission.