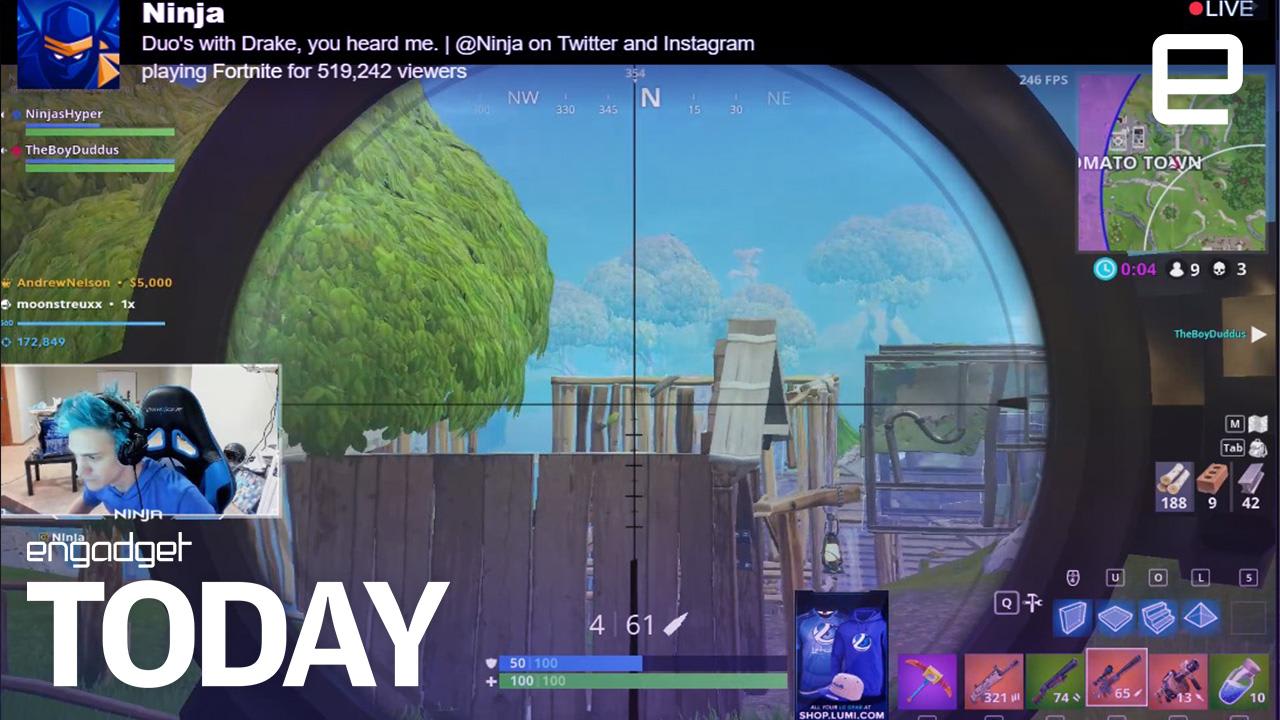 Twitch streamer Tyler "Ninja" Blevins smashed the record for concurrent viewers, crossing the 635,000 mark, mostly due to who he's playing Fortnite with: music megastar Drake. It's not all Drake or the popular battle royale game though, as Ninja is the most popular streamer on the platform -- he has over 3 million followers and with over 160,000 paid subscribers, an estimated monthly income of hundreds of thousands of dollars. Back in February Twitch confirmed that the record number of concurrents for an individual had been set at over 388,000 by Dr. Disrespect, but now there's a new champ.

The stream crested over 600,000 viewers with help from Kim Dotcom, who later joined the pair. Apparently, the only thing that kept Steelers receiver JuJu Smith-Schuster and rapper Travis Scott out of the action were problems adding Drake's obviously overloaded PSN tag (TheBoyDuddus if you're wondering). Eventually, they formed a full squad, playing cross-platform with PlayStation 4 and PC. Cross-play looks set to get a significant boost when the mobile Fortnite Battle Royale game launches soon (you can sign up for access on iOS here).

Update: Twitch has confirmed the new record, and said that the stream peaked at 628,000 concurrent viewers.

Ninja and Drake's Fortnite livestream on Twitch attracted 628K concurrent viewers, setting a new milestone in terms of peak concurrent viewers on an individual's channel. Seeing a top gamer and musician come together on Twitch and unite their large and passionate communities is a cultural moment in terms of building awareness around the appeal of social video and it's only going to grow from here.

Source: Ninja (Twitch)
In this article: drake, fortnite, gaming, internet, ninja, record, streamer, TL19NIN$, twitch, Tylerblevins, video
All products recommended by Engadget are selected by our editorial team, independent of our parent company. Some of our stories include affiliate links. If you buy something through one of these links, we may earn an affiliate commission.