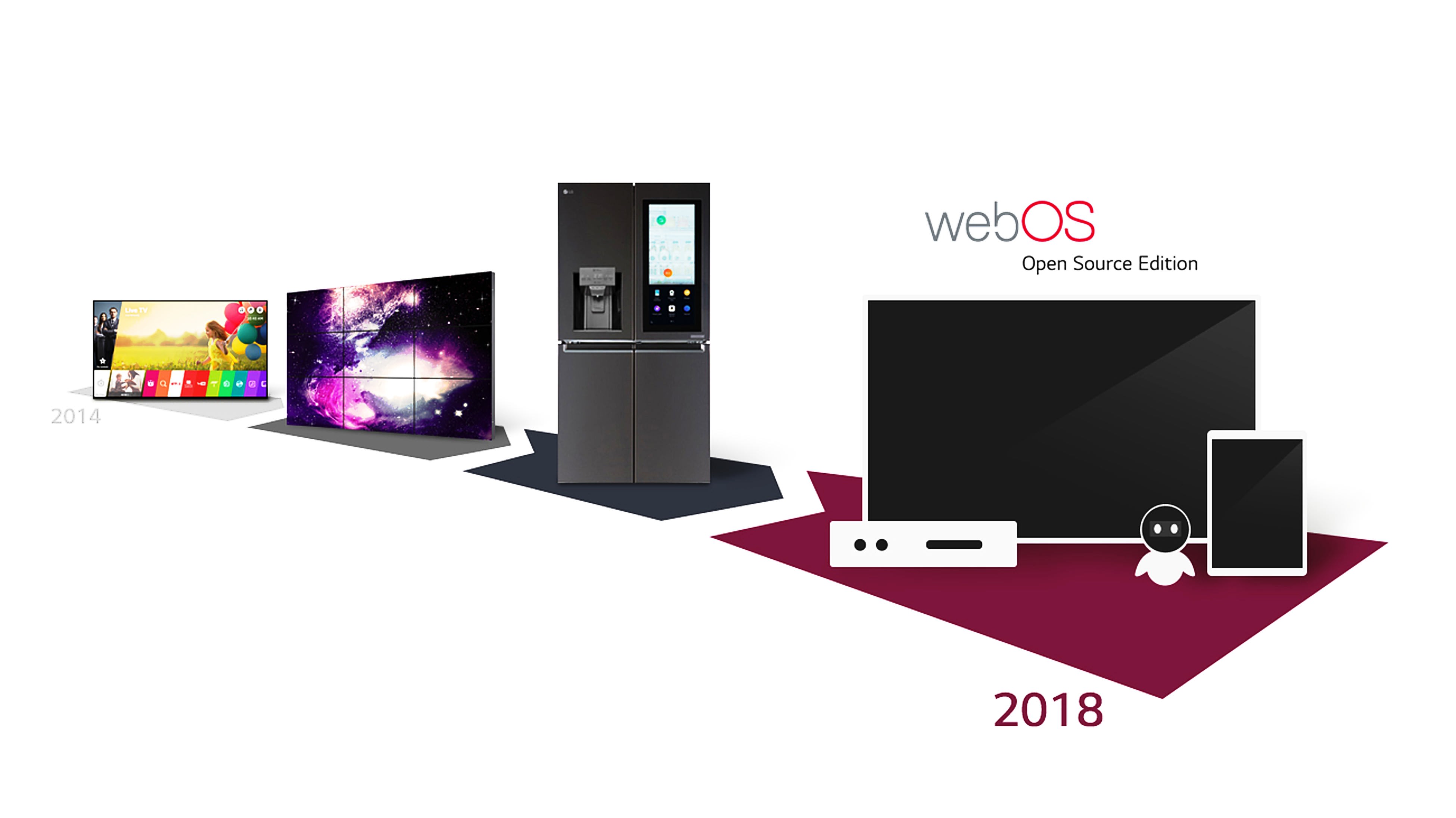 WebOS used to power HP's long-dead Palm devices and early tablets, but since LG got a hold of it in 2013, it's mostly been associated with smart TVs and refrigerators. LG is hoping to push the the platform beyond that, however, with a new release called webOS Open Source Edition. As the illustration above shows, it's hoping developers will adopt it for devices like tablets, set-top boxes and (I think) robots.

Since the acquisition, LG has refined the platform significantly, and hopes that the new release will help others exploit it. "When LG adopted webOS for our popular smart TV lineup in 2013, it did so with the knowledge that webOS had tremendous potential," said LG's CTO Dr. I.P. Park. "webOS has come a long way since then and is now a mature and stable platform ready to move beyond TVs."

webOS is LG's answer to Samsung's Tizen: An in-house, open-source OS that it can use as a hedge against Android's gorilla-like dominance. Samsung has ported Tizen to more devices, however, including robotic vacuums, smartwatches and Blu-ray players. (It's not to be confused with another open-source version of webOS, OpenWebOS, which became LuneOS for mobile devices in 2014.)

LG said that developers needn't fear webOS, as it's familiar "Linux-kernel-based multitasking OS with support for HTML5 and CSS3." Developers can get the source code at http://webosose.org, along with other tools and guides. The company will work with South Korea's National IT Industry Promotion Agency (NIPA), solicit business proposals and "provide logistical and technical support with commercialization as the ultimate goal." Provided it can find developers brave enough to bite on a little-used OS, of course.

Source: LG
In this article: gear, LG, OpenSource, OpenSourceEdition, OS, personal computing, personalcomputing, Software, WebOS
All products recommended by Engadget are selected by our editorial team, independent of our parent company. Some of our stories include affiliate links. If you buy something through one of these links, we may earn an affiliate commission.