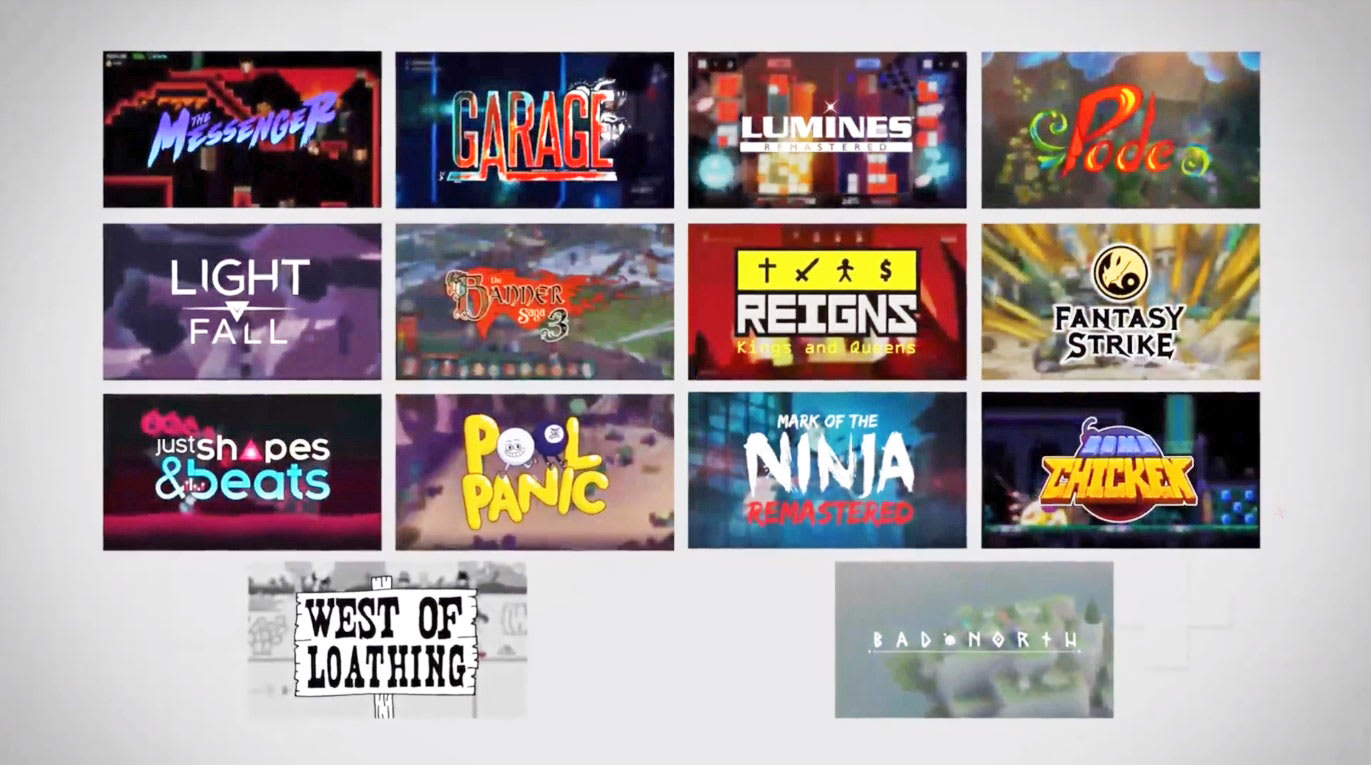 A year ago, Nintendo followed the launch of the Switch with a bold proclamation: The console would get a new indie game every week. This signaled a new era and approach to welcome third-party games, which previous Nintendo systems had failed to court well. Today, it seems like indie titles are lining up to jump on the Switch -- and the company announced a dozen new and remastered games will be headed to the console this year.

Launching first on #NintendoSwitch #eShop later this year, #PoolPanic from @adultswimgames is one wild and giant cartoon game of pool! #Nindies pic.twitter.com/M3NANI29F7

Launching first on the Switch:

Experience the harmony of light, sound, and intense puzzle-action when LUMINES REMASTERED from @enhance_exp lights up onto #NintendoSwitch #eShop this spring! #Nindies pic.twitter.com/brTGP3ymHH

Source: Nintendo Nindies Showecase Spring 2018
In this article: av, BannerSaga, BannerSaga3, gaming, gdc2018, indie, IndieGames, lumines, MarkOfTheNinja, nindies, nintendo, NintendoSwitch, switch
All products recommended by Engadget are selected by our editorial team, independent of our parent company. Some of our stories include affiliate links. If you buy something through one of these links, we may earn an affiliate commission.