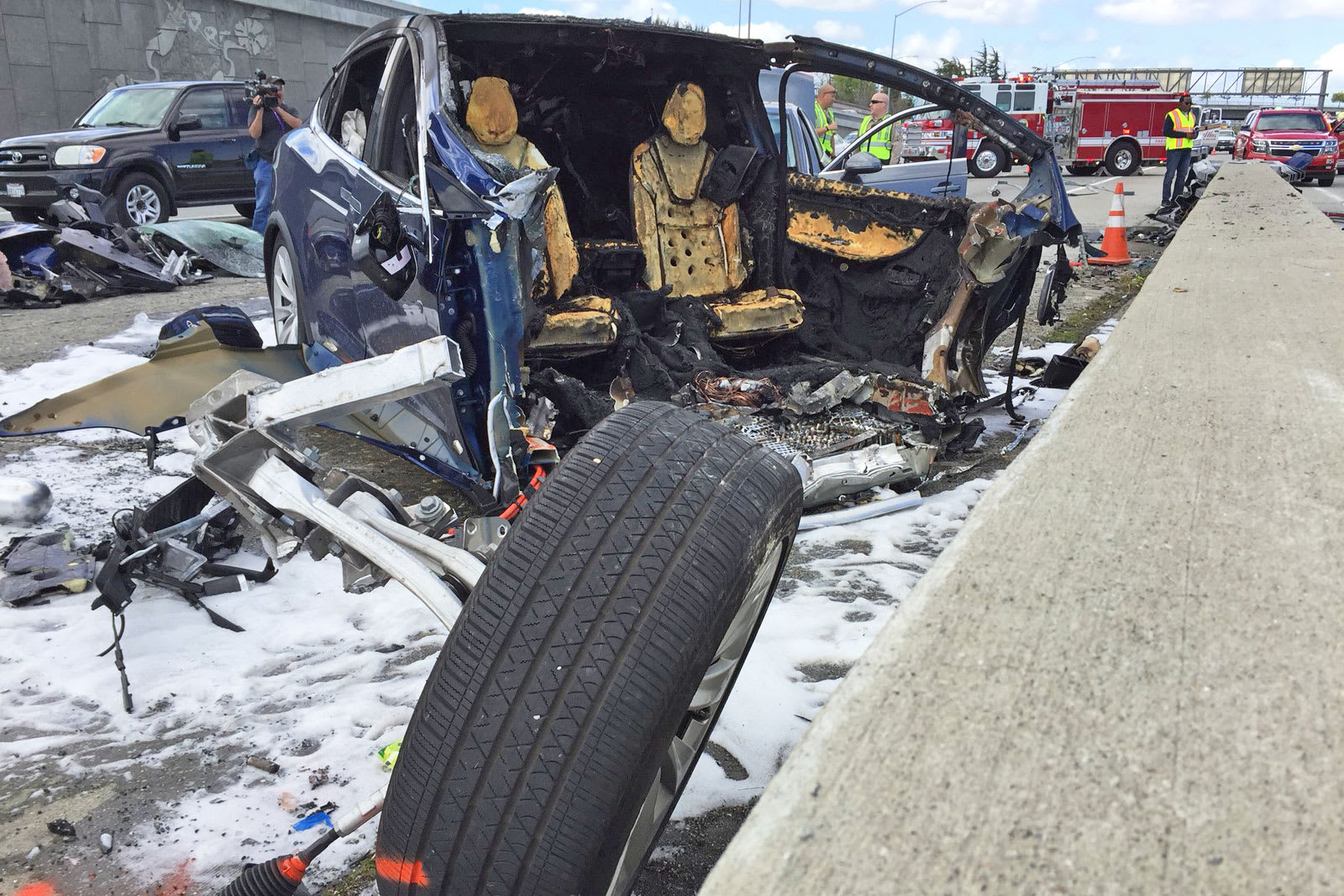 A Tesla vehicle is at the center of another tragic crash, and the company is coming under renewed scrutiny over safety concerns as a result. The driver of a Model X has died after his electric SUV collided with a median barrier on Highway 101 in Mountain View and was subsequently struck by two other vehicles. The incident destroyed the front half of the vehicle and sparked a fire that involved the battery, leading to Tesla sending an employee to investigate. Witnesses reported seeing a fireball during the crash.

It's not certain whether or not Autopilot was involved, or the degree to which the battery was involved in destroying the vehicle. Fires are common in crashes regardless of the power plant. We've asked Tesla for comment, but the California Highway Patrol believed the battery might have played a role.

Regardless of the causes, the crash highlights the uncertainties surrounding the safety of electric cars, especially as the introduce autonomous features. First responders still aren't certain how to deal with EV crashes, and there's now the potential for autonomous driving systems to play as much of a role as humans.

Here is the scene on Highway 101S in #MountainView where a #Tesla caught on fire pic.twitter.com/ksnidlFgsw

Via: Electrek
Source: Dean C. Smith (Twitter), NBC Bay Area
In this article: crash, electriccar, electricvehicle, ev, gear, modelx, safety, tesla, transportation, video
All products recommended by Engadget are selected by our editorial team, independent of our parent company. Some of our stories include affiliate links. If you buy something through one of these links, we may earn an affiliate commission.