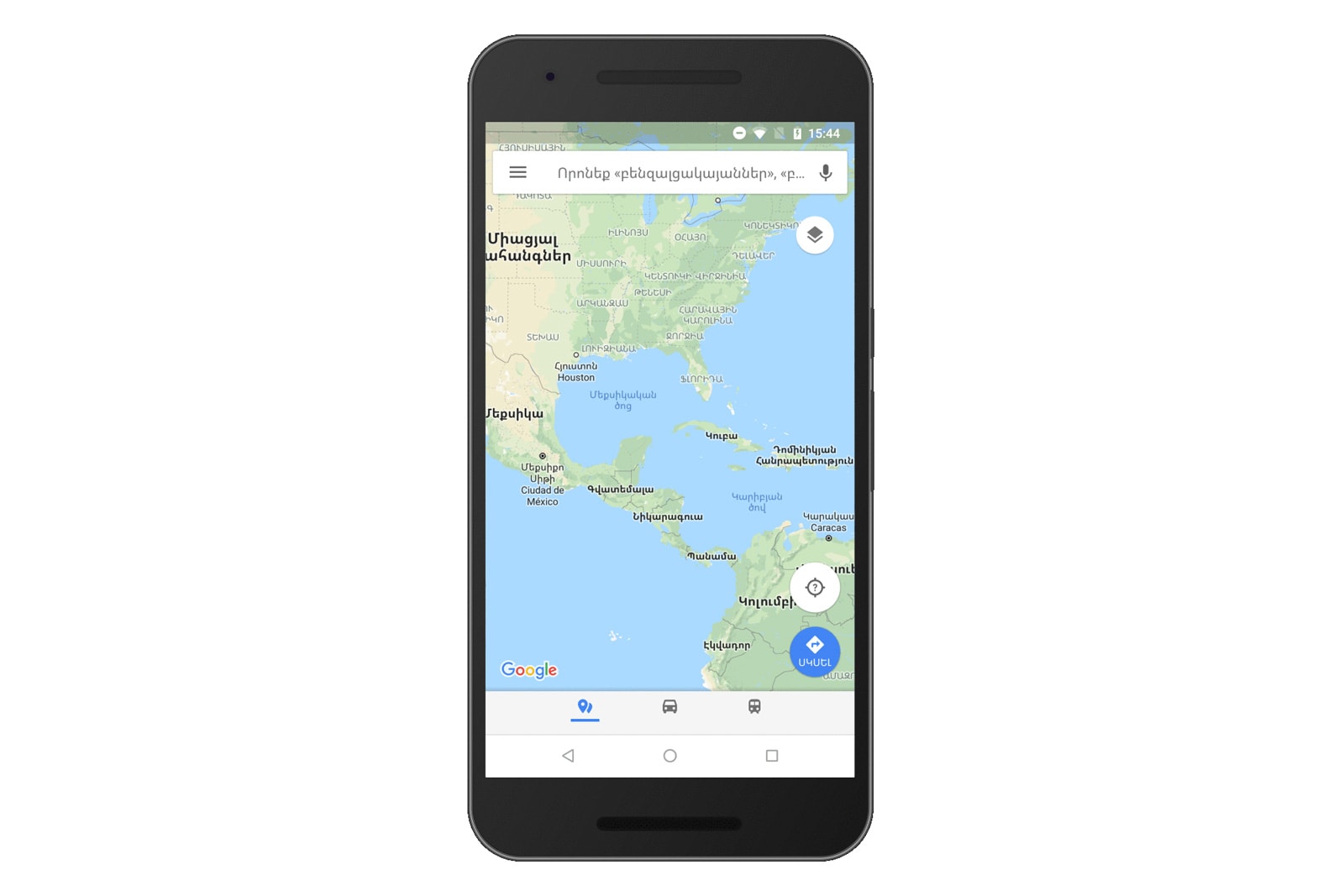 Believe it or not, Google Maps has only supported a limited set of languages so far. A bit ironic for a service that helps you navigate the planet, don't you think? That might not be a problem for many people after today. Google has added support for 39 new languages, and there's a good chance there's one you might appreciate. In addition to the Armenian you see above, the expansion includes numerous eastern European, Scandianvian and former Soviet republic countries as well as Afrikaans, Hebrew, Persian, Swahili, Turkish, Vietnamese and Zulu.

All told, the Maps update provides routes and places of interest for another 1.25 billion people in their native languages. And that might be crucial to Google's dreams of making internet access as widely available as possible. If you're just trying Google Maps for the first time, you're more likely to embrace it if it reflects your local culture.

Source: Google
In this article: android, gear, google, googlemaps, internet, ios, mobile, navigation
All products recommended by Engadget are selected by our editorial team, independent of our parent company. Some of our stories include affiliate links. If you buy something through one of these links, we may earn an affiliate commission.