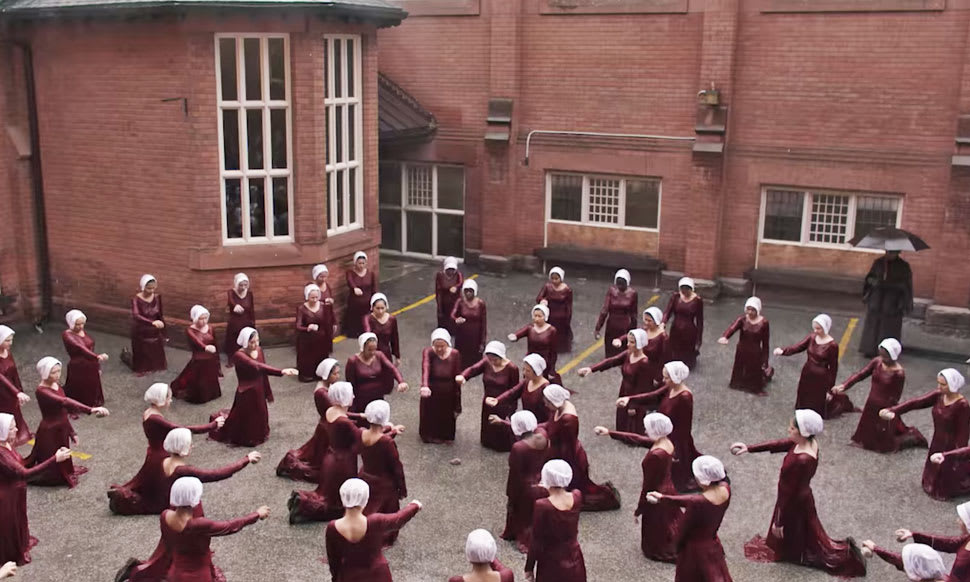 The first season of The Handmaid's Tale ended with Offred/June (Elisabeth Moss) leaving the Commander's house, jumping into the back of a van that was headed who knows where. Now we have a look at the second season, which will be going beyond the Margaret Atwood novel the Hulu series is based on. In a new trailer, we see Offred in the back of the van and we hear her ask herself what will happen when she gets out. "There probably is no out," she says. "Gilead is within you."

Throughout the trailer we see familiar faces. The Commander (Joseph Fiennes) and his wife (Yvonne Strahovski) fight about the repercussions of Offred's leaving. Moira (Samira Wiley) protests in Canada, where she escaped to last season. We also see Ofglen/Emily (Alexis Bledel) and Janine (Madeline Brewer) in what must be the Colonies -- the place misbehaving handmaids are sent to work. And Nick (Max Minghella), the likely father of Offred's unborn child, is seen saying he's trying to protect her, while suspicion appears to mount on those within the Commander's house.

In some of the more darker images, we see the Commander holding a gun to someone's head, Nick yelling in agony, the Commander whipping something or someone with a belt and dozens of handmaids in nooses.

The first season of The Handmaid's Tale was a big success for Hulu, winning a number of Emmys and Golden Globes. Season two debuts April 25th.

Source: Hulu
In this article: av, entertainment, hulu, TheHandMaidsTale, video
All products recommended by Engadget are selected by our editorial team, independent of our parent company. Some of our stories include affiliate links. If you buy something through one of these links, we may earn an affiliate commission.