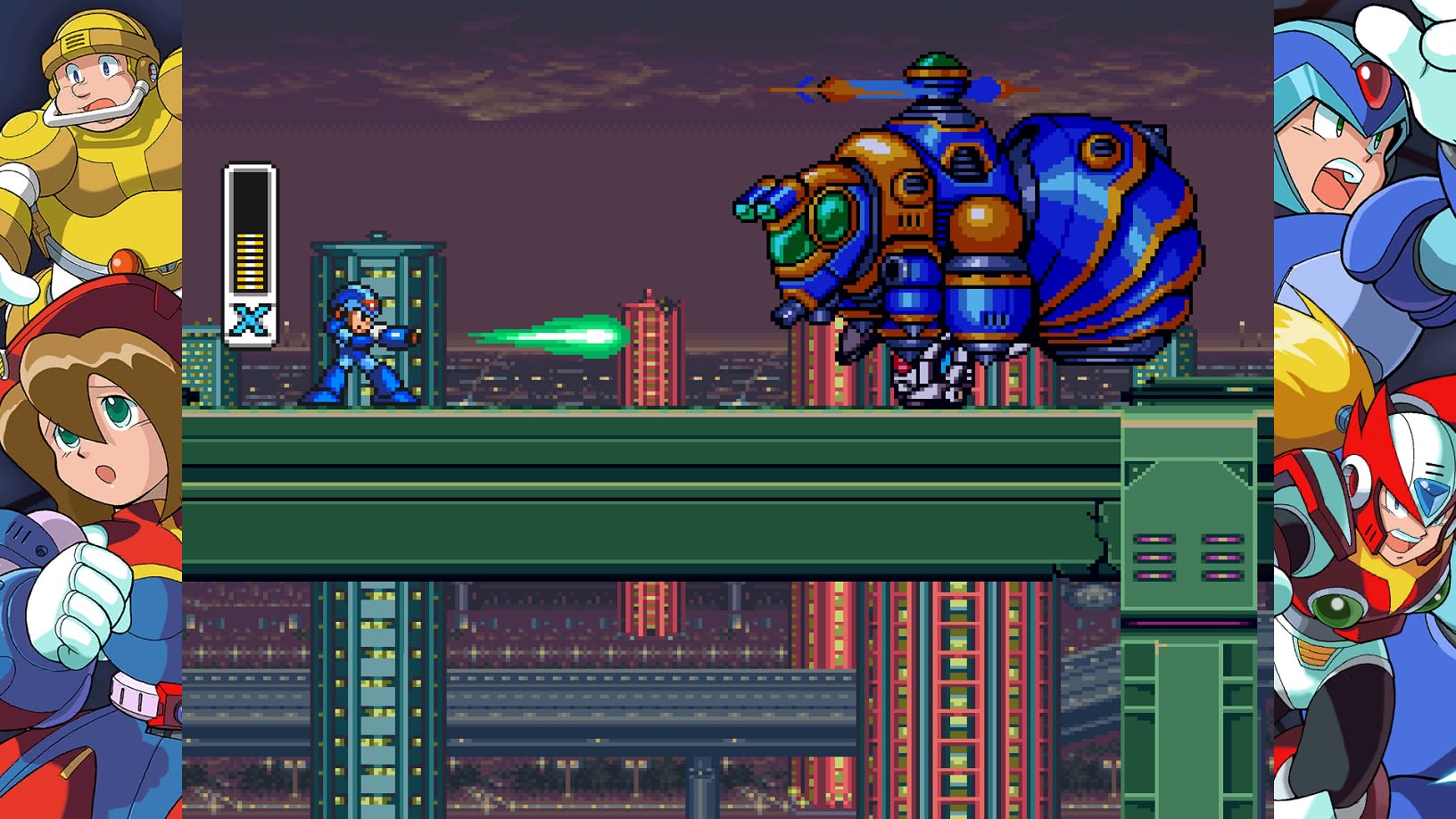 To celebrate Mega Man's 30th anniversary and Mega Man 11 coming out this year, Capcom planned a re-release of two bundles collecting the first ten games for the Switch. But the company must have heard fans crying out to play titles from the franchise's sister series, Mega Man X, set in a grim alternate future. Mega Man X Legacy Collection 1 & 2 will be released simultaneously on PS4, Xbox One, Nintendo Switch and PC on July 24th.

Get ready to roll out, Maverick hunters! Mega Man X Legacy Collection 1 and 2 are coming to PlayStation 4, Xbox One, Nintendo Switch, and PC July 24th!

The original Mega Man X debuted on the SNES in 1994 with a new take on the classic formula, featuring a sleek sci-fi aesthetic, post-apocalyptic setting and aged-up Mega Man with a dash feature. Later games for transitioned to Sony's PS1 and PS2, introducing other protagonists like sword-wielding Zero and hot-headed Axl. Mega Man X Legacy Collection 1 contains the first four games, while 2 contains five through eight. Each will be available digitally or retail in a two-disc bundle, with trailers, a two-boss challenge mode and a CRT filter to give the 16-bit games an old-school sheen on new screens.

Source: Capcom
In this article: av, gaming, megaman, megamanlegacycollection, megamanxlegacycollection, sidescroller
All products recommended by Engadget are selected by our editorial team, independent of our parent company. Some of our stories include affiliate links. If you buy something through one of these links, we may earn an affiliate commission.