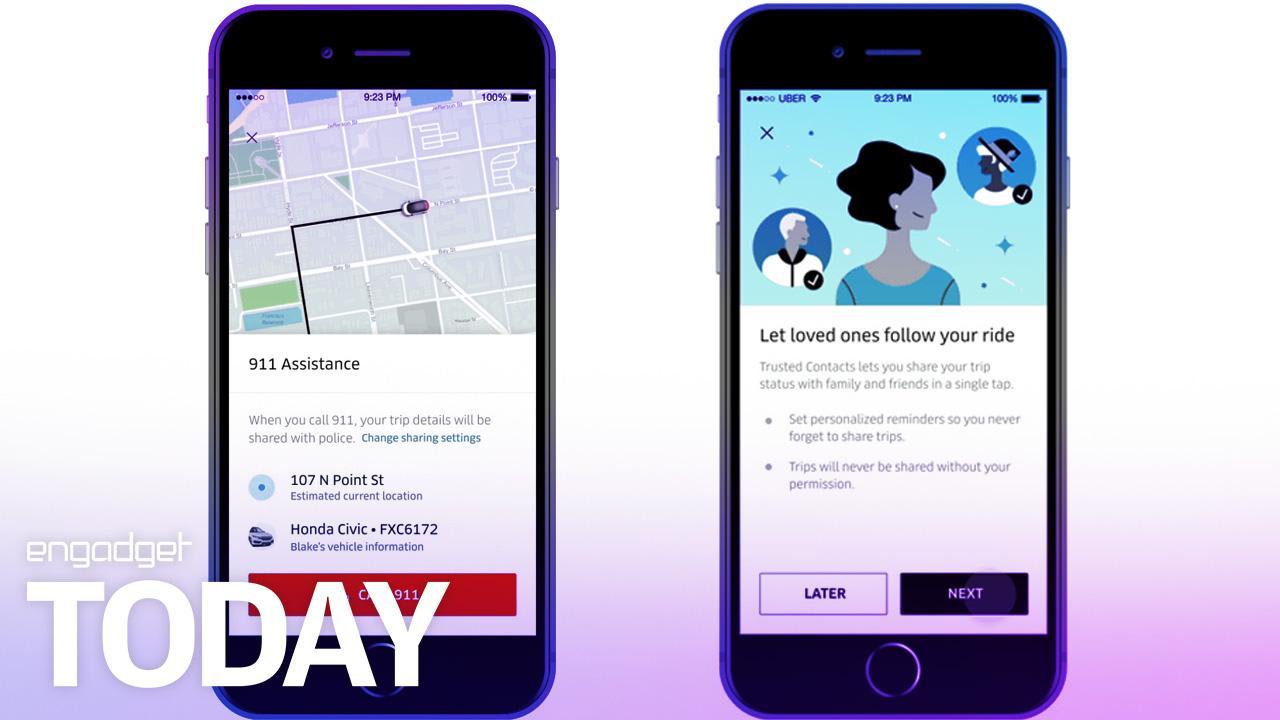 Uber has taken a lot of flack over passenger safety, but it has just rolled out some long-overdue changes to its app and taken other steps to ensure passengers are secure. First up, a new update will let you automatically provide alerts for up to five "trusted contacts." When you request a ride, the system will prompt you to share the trip and will notify them when you arrive at your destination. It also offers an option to share only nighttime trips.

The app will soon get a new "911 assistance" button that connects passengers to emergency services with one tap. To help you share the information, it will show your real-time location on the app, both on the map and as an address.

To further enhance that system, it partnered with RapidSOS to integrate it with emergency authorities, so that location and trip details are sent automatically to 911 dispatchers. Uber is piloting the system in Denver, but hopes to roll it out more widely after evaluating the tests. It's also working with the National Emergency Number Association to create a database so that mobile users connect to the most geographically appropriate 911 centers.

The ride-sharing firm is also beefing up driver vetting. Uber said that while it obviously conducts background checks in jurisdictions where required, "going forward, we'll proactively rerun criminal and motor vehicle checks each year, regardless of whether there is a legal obligation to do so."

On top of that, Uber is investing in technology that will help flag new offenses for drivers. "Using data sources that cover most new criminal offenses, we will receive notifications when a driver is involved and leverage this information to help continuously enforce our screening standards." The aim is to sniff out any new and pending disqualifying criminal charges like DUIs.

Uber first formed a safety board a couple of years ago, but it has finally appointed a chairman, former homeland security secretary Jeh Johnson. He will lead the six-person board made up of experts in areas of road safety, criminal justice, sexual assault and domestic violence prevention.

The new changes are nice, but they should have happened a long time ago. Even after Uber started charging a "Safe Rides Fee" back in 2014, it never fingerprinted drivers or checked them against sex offender registries. Those omissions resulted in a $28.5 million settlement for riders and the company is now facing lawsuits from women who were assaulted by drivers.

It's hard to say how much the new steps will increase safety, but Uber is clearly hoping that passengers will at least feel safer when they're prompted to, say, notify trusted contacts before a ride. Given Uber's shaky record, however, it might take a lot more to win back your confidence.

Via: Conde Nast Traveler
Source: Uber
In this article: AOLoriginals, BackgroundChecks, DailyShow, Engadget, EngadgetToday, EngadgetVideo, entertainment, gear, JehJohnson, Safety, SafetyAdvisoryBoard, transportation, TrustedContacts, Uber
All products recommended by Engadget are selected by our editorial team, independent of our parent company. Some of our stories include affiliate links. If you buy something through one of these links, we may earn an affiliate commission.