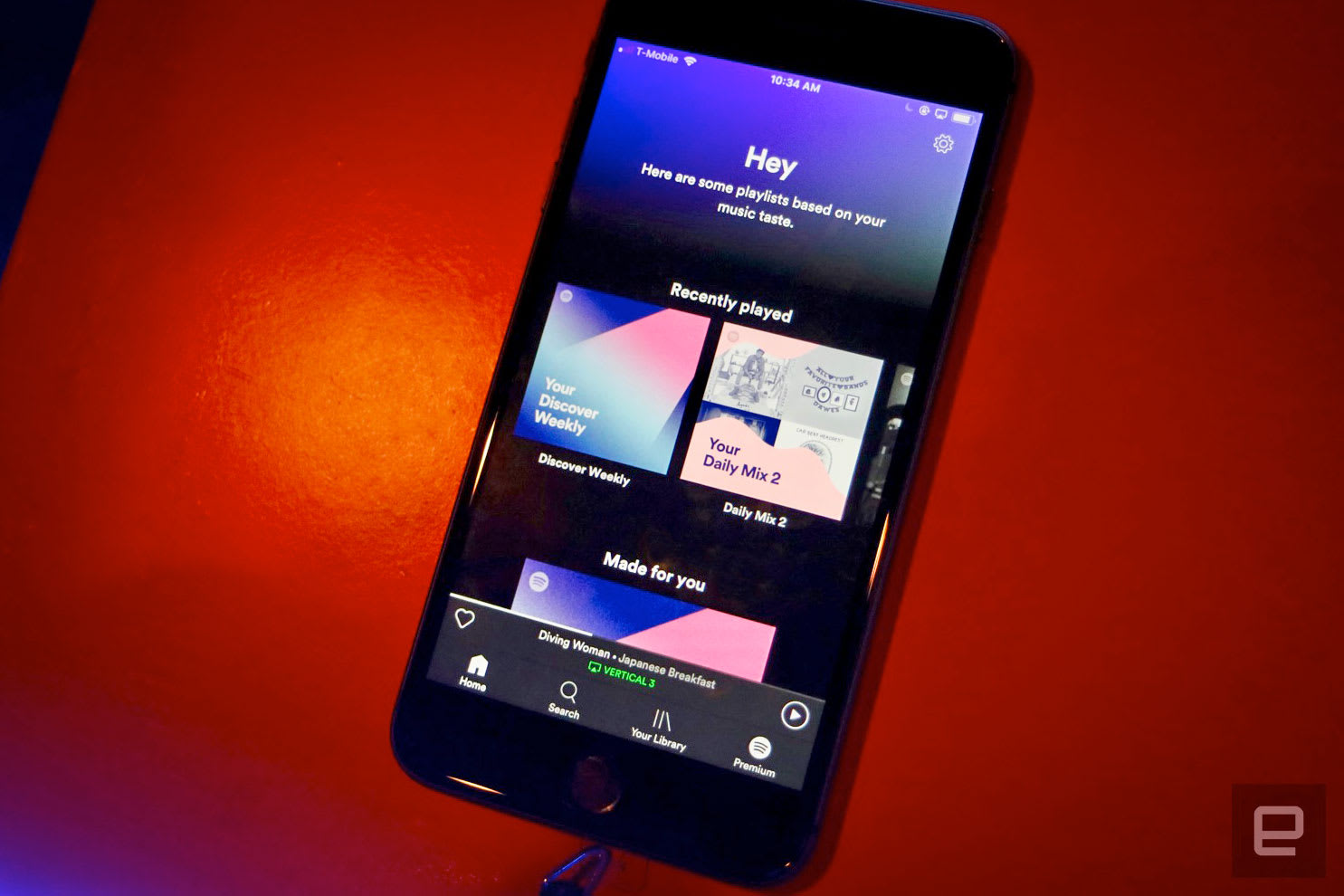 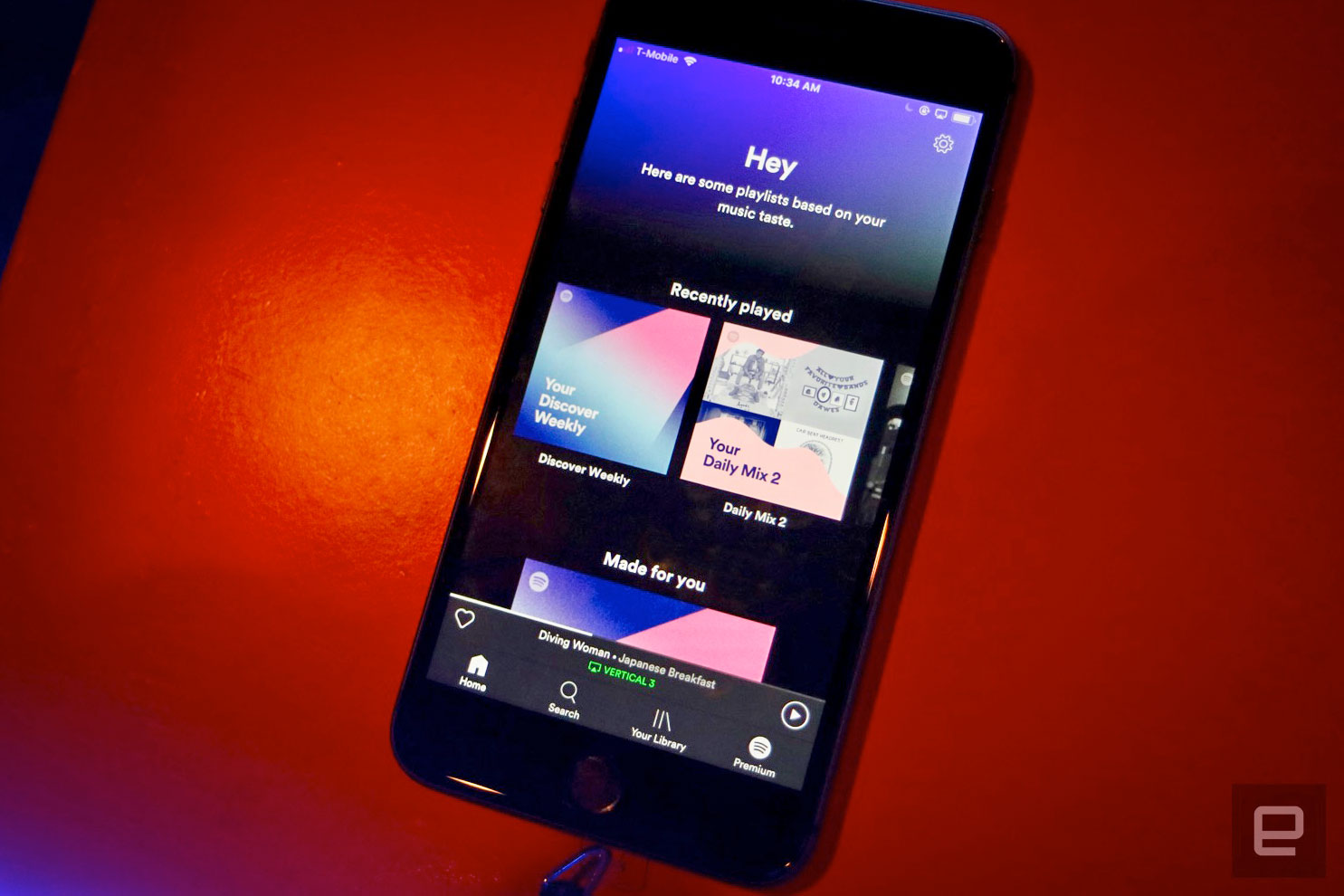 As rumored, Spotify today unveiled a redesigned app that's geared toward users of its free music-streaming service at an event in New York City. The new mobile experience is all about personalized on-demand listening, with 15 playlists that are curated by Spotify based on your listening habits. That includes sets like the Daily Mix, which feature songs you've "hearted" (aka liked) and Discover Weekly, which is designed to help you expand your music taste with artists and tracks you may not be too familiar with. The Release Radar playlist, meanwhile, will let you keep up with all the new music popping up on the service. Spotify says that the more songs you "heart" or "hide," the smarter its playlists will get and others will begin to populate as a result.

The company says its new approach, one that's not based simply on shuffling tracks (though you can still do that), is intended to keep its more than 90 million free users locked in to the app. A major part of that, of course, is to lure in listeners to its premium tier -- and it helps that they can do so seamlessly within the same application. Of the 71 million paid users it has currently, Spotify said, over 60 percent have come from the free product. That's a huge turnover, and these new features should make that even better.

As for the ads, you'll still have to listen to those with the new personalized playlists, but you may get a video advertisement every now and then that'll let you jam out without any interruptions for 30 minutes. Ads are annoying, without a doubt, but that's a small price to pay to get access to some free music. With the overhauled app, one of the things Spotify said it also wanted to focus on was reducing the amount of data people use while they're streaming. This may not be important for users without mobile data caps, but it'll come in handy for those who do. As such, the new version of the app comes with a data saver feature that can save you up to 75 percent on mobile data -- Spotify says that's based on a 3G connection.

Other than these changes, the Spotify app feels largely the same, with a dark theme and big imagery that makes it easy to browse thorough playlists, artists, albums and podcasts. If you're a paid user, you likely won't notice much of a difference, but for those who enjoy the free service those personalized, on-demand playlists are probably going to make them quite happy.

In this article: applemusic, av, datacap, datacaps, datausage, entertainment, free, gear, hands-on, internet, mobile, music, musicstreaming, personalization, playlists, services, spotify, spotifyfree, streamingmusic
All products recommended by Engadget are selected by our editorial team, independent of our parent company. Some of our stories include affiliate links. If you buy something through one of these links, we may earn an affiliate commission.