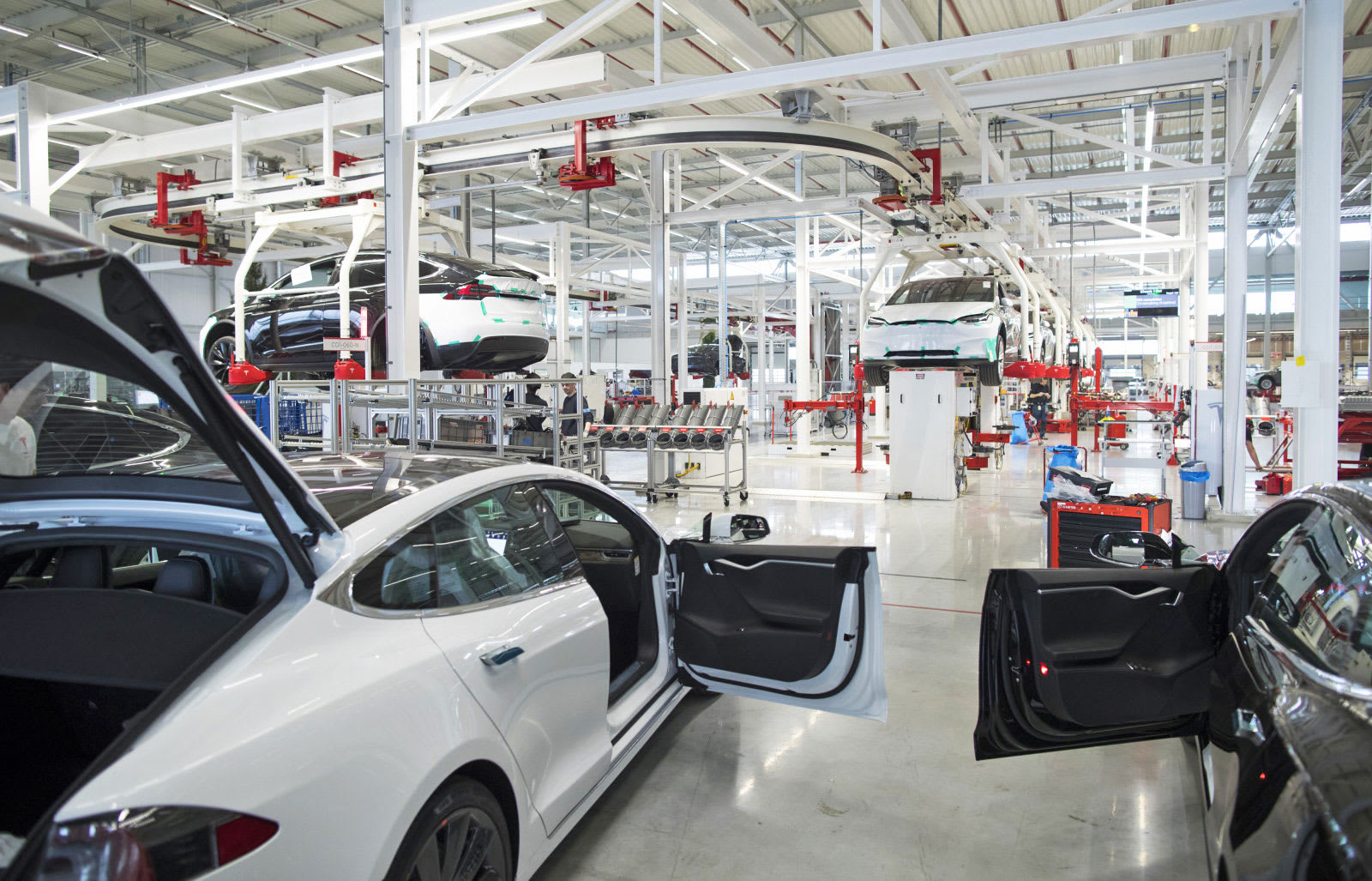 Amazon and Tesla are usually proud of appearing on lists, but not this time around. The advocacy group National Council for Occupational Safety and Health has placed both companies on a "Dirty Dozen" list of the most dangerous places to work in the US based on their factory and warehouse conditions. In both cases, they reached the list due to reported higher-than-average injury rates, unnecessary risks and an unwillingness to address workers' concerns.

The Council noted that seven Amazon warehouse workers have died since 2013, and that there's a "relentless demand" to fulfill orders that leads to harsh working conditions. It's even exploring ultrasonic wristbands that would track even the slightest deviation from the work schedule, according to the report. This is particularly concerning when Amazon is helmed by the richest person on Earth and is pushing for tax breaks from states eager to host its new headquarters, the Council said.

Tesla was in at least as much trouble. The report said that significant injuries at Tesla factories were 31 percent higher than the rest of the car industry in 2016, and 83 percent higher when limited to serious injuries. The Council also pointed to OSHA safety violations, and cited the Reveal investigation claiming that improvements in factory injury rates were due to inaccurate reporting, not a genuinely safer environment.

Other companies on the list include Lowe's (for using and selling deadly paint strippers), the parent company of Applebee's and IHOP (for frequent sexual harassment complaints) and farms that punish workers for protesting unfair conditions.

Tesla has already responded to the report, pointing Gizmodo to a blog post that countered Reveal's report. It noted multiple improvements to training and monitoring and ultimately hoped to have the safest conditions on the planet. We've asked Amazon if it can comment, although it has historically defended its warehouse labor practices.

This isn't an official report -- the Council relies on multiple local workplace safety groups and documented violations for its studies, and they may not catch everything. Even so, the findings suggest that working conditions are quickly becoming major concerns at tech giants like Amazon and Tesla. Whatever they're doing to improve safety, it's not enough to counter impressions that they're putting workers in unnecessary danger for the sake of profit.

Update: Amazon has provided a statement in response. It asserts that safety is its "number one priority," and that there are measures to continually improve that safety. Leaders are expected to "continually" refine safety processes, while a survey asks workers about their perceived safety to explore room for improvement. You can read the full statement below.

"Amazon has created over 130,000 jobs in the last year alone and now employees over 560,000 people around the world. Ensuring the safety of these associates is our number one priority. Operational meetings, new hire orientation, process training and new process development begin with safety and have safety metrics and audits integrated within each program. We expect our leadership to continually improve the safety results of their operations by reducing physical risk through the design of processes, equipment and work areas, applying high standards of safety performance each day, improving capabilities through training and coaching using rigorous management reporting systems to track and audit their progress. We have also launched the Safety Leadership Index across our US operations where every associate is surveyed through our Connections Program answering a series of questions each month to measure the perception of safety in their facility. Each of these safety programs and measures apply to everyone working in our facilities — full time, part time, seasonal, and temporary. While any serious incident is one too many, we learn and improve our programs working to prevent future incidents. We are proud of safety record and thousands of Amazonians work hard every day innovating ways to make it even better. We encourage anyone to come see for themselves by taking a tour at one of our fulfillment centers — learn more at http://amazonfctours.com."

Via: Gizmodo
Source: National COSH (PDF)
In this article: amazon, business, cosh, factory, gear, internet, nationalcosh, safety, tesla, transportation, work, workplace
All products recommended by Engadget are selected by our editorial team, independent of our parent company. Some of our stories include affiliate links. If you buy something through one of these links, we may earn an affiliate commission.