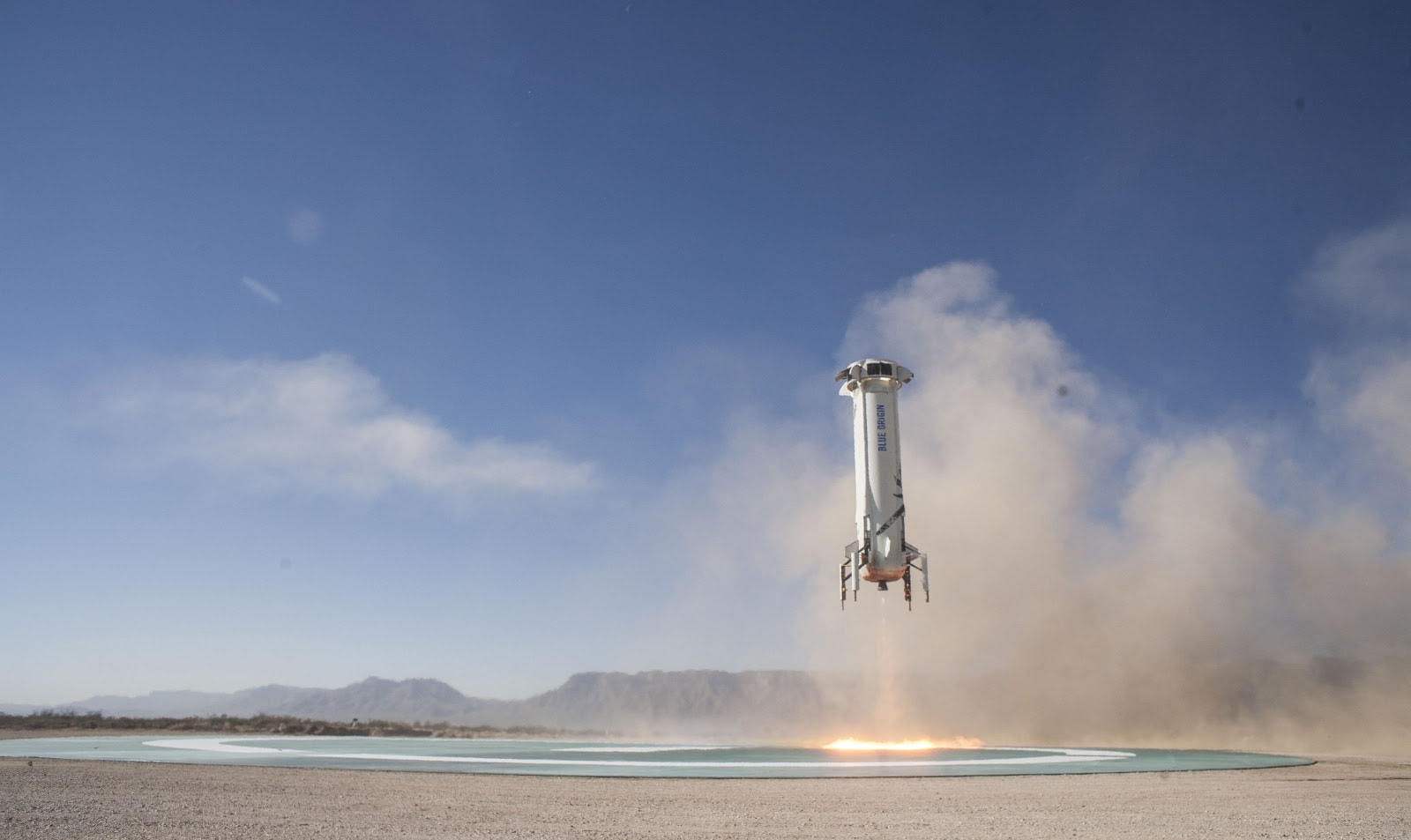 Blue Origin is gearing up for its eighth test flight, which also happens to be its first for 2018, on April 29th. Thankfully, it's one we'll be able to watch: Blue Origin chief Jeff Bezos has announced on Twitter that it's live streaming the event on Sunday. The company hasn't posted the stream's details yet, but you can expect it to go live around 8:30AM CDT (9:30AM Eastern) when the launch window opens.

Launch preparations are underway for New Shepard's 8th test flight, as we continue our progress toward human spaceflight. Currently targeting Sunday 4/29 with launch window opening up at 830am CDT. Livestream info to come. @BlueOrigin #GradatimFerociter pic.twitter.com/zAYpAGWB8C

The aerospace company's most recent flight back in December 2017 put the Crew Capsule 2.0 to the test for the first time. Blue Origin even stuck a test dummy in the capsule right next to one of its enormous windows -- "the largest windows in space," the company said -- before sending it 322,405 feet above ground level. Shortly after that flight, Blue Origin said it might be able to launch a manned mission this year "depending on how the test program goes."

We'll keep an eye out for the broadcast details, so make sure to check back for an update.

Update: Last-minute weather delays pushed the launch back to just after 1PM Eastern, but the mission was a success, including the landing of the dummy capsule. It was Blue Origin's highest altitude mission to date.

Source: Jeff Bezos (Twitter)
In this article: blueorigin, gear, jeffbezos, launch, livestream, rocket, space, video
All products recommended by Engadget are selected by our editorial team, independent of our parent company. Some of our stories include affiliate links. If you buy something through one of these links, we may earn an affiliate commission.