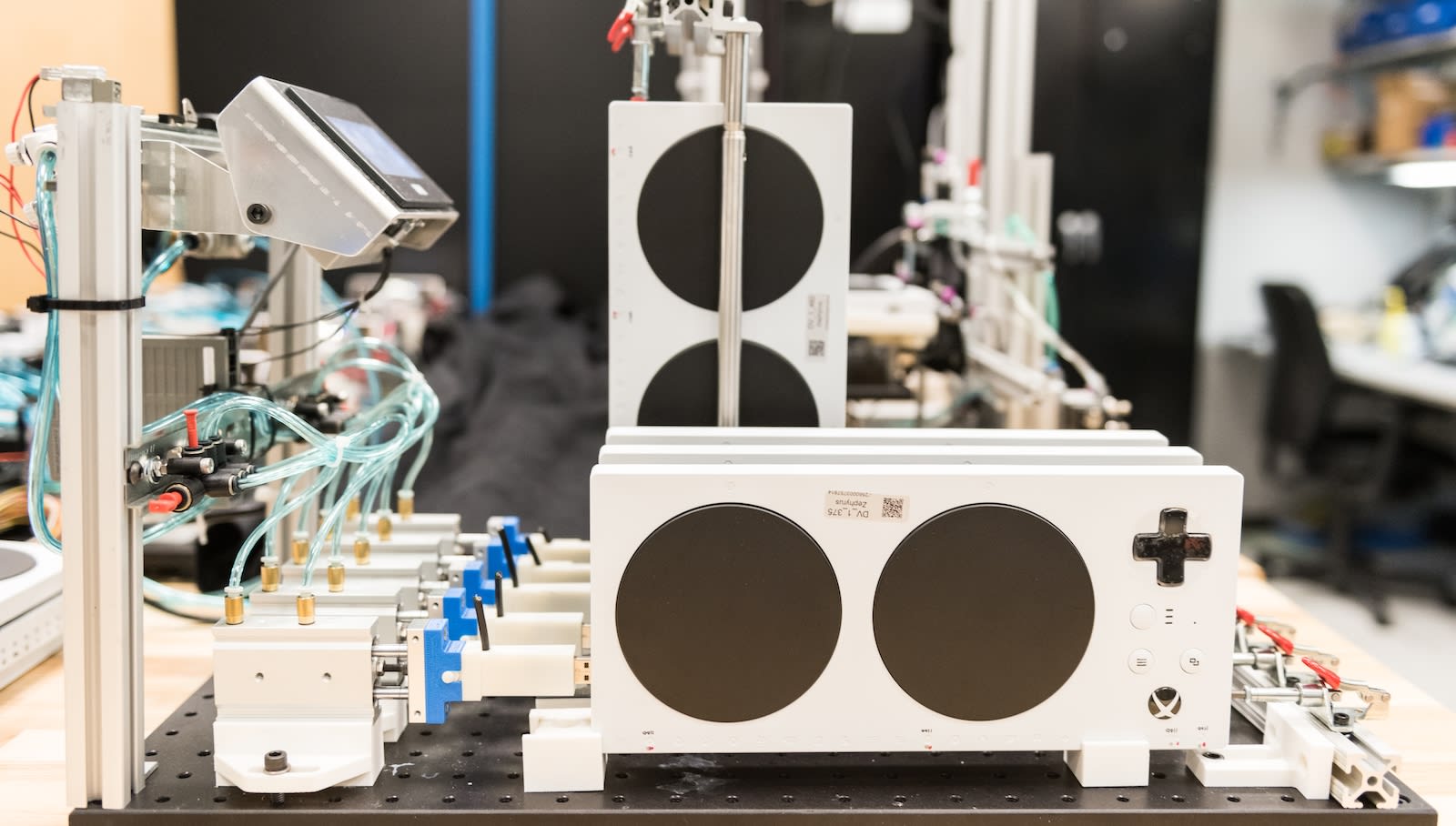 Microsoft stumbled into the accessibility market about three years ago, with the launch of the Xbox One Elite controller. The Elite wasn't designed to help people with disabilities play video games -- in fact, it was built for hardcore players who wanted more mapping options by adding rear paddle buttons, more sensitive triggers and interchangeable analog sticks to the classic dual-grip Xbox gamepad.

It just so happened these features were also in high demand at organizations like AbleGamers, whose goal is to make gaming accessible to anyone with disabilities via education, community support and the creation of custom controllers. 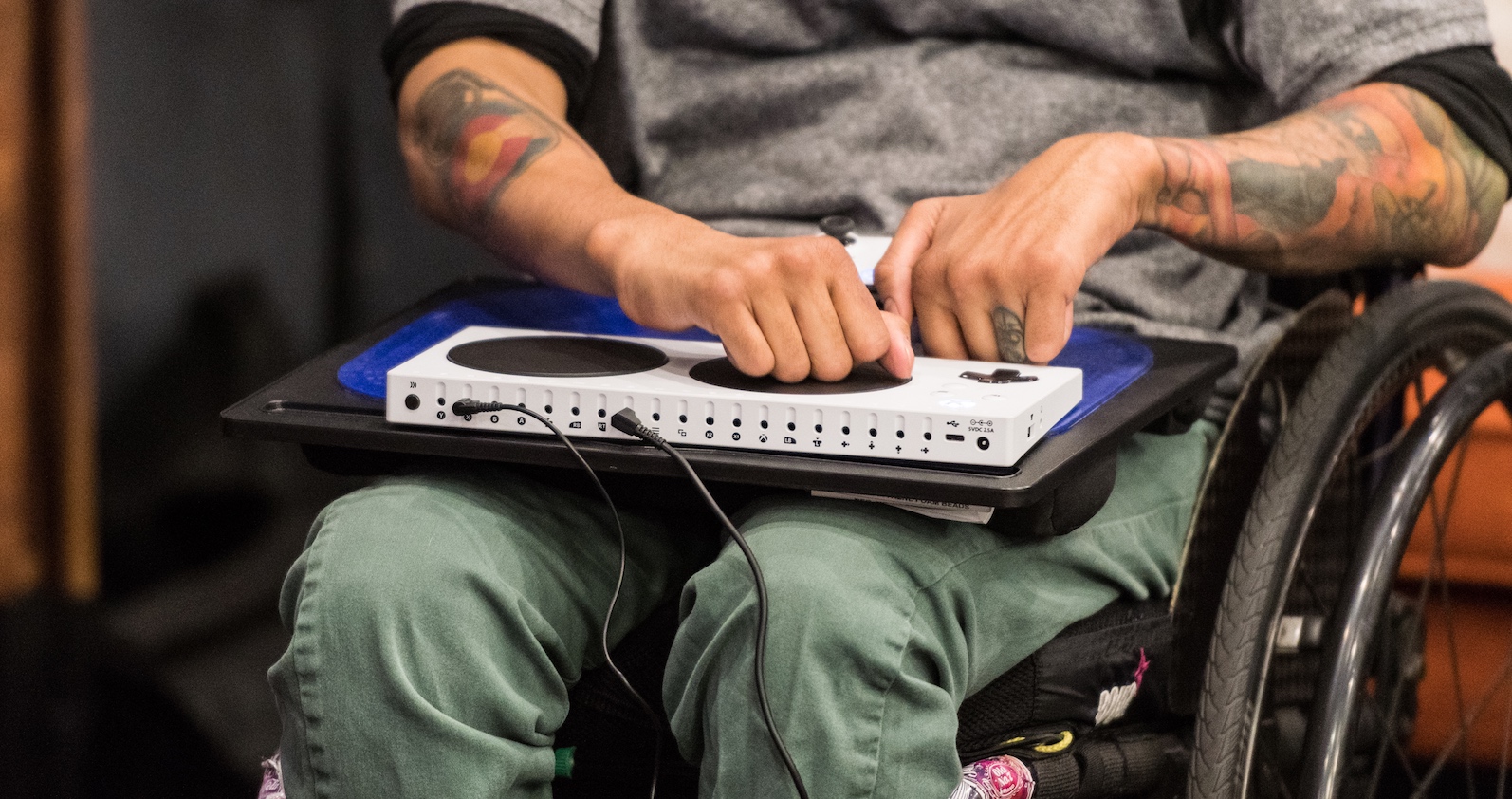 Around this time, Xbox's inclusive lead for product research and accessibility, Bryce Johnson, reached out to AbleGamers with a proposal. Johnson and a small team of developers had just submitted a prototype of an accessibility-focused controller to the annual Xbox hackathon, and they wanted feedback on the design.

"We started jumping onto multiple calls with Microsoft employees and Xbox hardware developers and talking about this controller," AbleGamers COO Steven Spohn said. "Bryce had been working with us on the Elite and wanted to bring in our input for this new controller. It was to be a device much like our own Adroit -- a standard Xbox controller that could use switches, only this new project could be everything we ever wanted to do better and more."

That was two and a half years ago. Today, Microsoft revealed the Xbox Adaptive Controller, the latest and most disparate evolution of its gamepad line.

Taking input from AbleGamers, Warfighter Engaged, SpecialEffect, Craig Hospital and the Cerebral Palsy Foundation, the Xbox accessibility team designed the Adaptive Controller with a new type of player in mind. The Elite may have been a step in the right direction in terms of inclusion, but it still relied on a handful of assumptions, like the fact that players had two hands and complete control of their fine motor functions.

For many people with disabilities, this simply isn't the case.

"It assumes that I have the reach to get around to these bumpers and triggers, and that I have the endurance to hold it for a long-period gaming session," Johnson said, before describing the myriad partnerships and playtesting that went into the Adaptive Controller's design. "We met a lot of really unique people. And we got to design a device that we think -- we know it's going to empower them."

The Xbox Adaptive Controller is the first of its kind. It's a plug-and-play option for people with disabilities -- it connects to the Xbox One or Windows 10 PC via Bluetooth and powers on just like the Elite. The controller itself is a clean white rectangle, about 11 inches long and 6 inches wide, with two large black buttons on its face. The buttons aren't touchpads, but they are light-touch enabled, clicking down with the softest of taps so players can roll their palm between the two or otherwise click them without exerting much force. Each button makes a slightly different noise as well, offering an extra layer of sensory input.

To the left of those big black circles is a D-pad, classic Xbox power button and a profile button that allows players to quickly shift between three different mapping options, even mid-game. There's one USB-C port on either side of the controller -- not micro USB, developers noted, because that format is orientation-specific, while USB-C accepts plugs either way.

Some of the controller's most impressive features are on back of the rectangle. Nineteen 3.5mm ports line the backside, one for each button on the traditional Xbox gamepad. This allows players to plug in their existing accessibility tools, such as air-powered input methods, big buttons or small clickers, and have them instantly mapped to the proper function. If a particular set-up isn't working out for any reason, players or their caregivers can quickly change ports to manually remap their controller, all without pausing the game.

This is a massive change from existing accessibility controllers, most of which are hodgepodge tools that require players to restart the console every time something goes wrong. And with so many wires and homemade input methods, things tend to go wrong fairly often.

"They can be really expensive, thousands of dollars," Senior Xbox Hardware Program Manager Gabi Michel said. "They are custom. You usually have to go to a non-profit to get them, and those often have waiting lists. They require technical expertise, they can be hard to find -- it's not accessible. So, at Xbox, when we were looking for a hardware solution, we wanted to solve all those problems. We wanted it to be affordable, we wanted it to be extensible. It needed to be easy to find, it needed to be easy to use, set up, play, everything."

The Xbox Adaptive Controller will cost $100 when it goes on sale later this year. 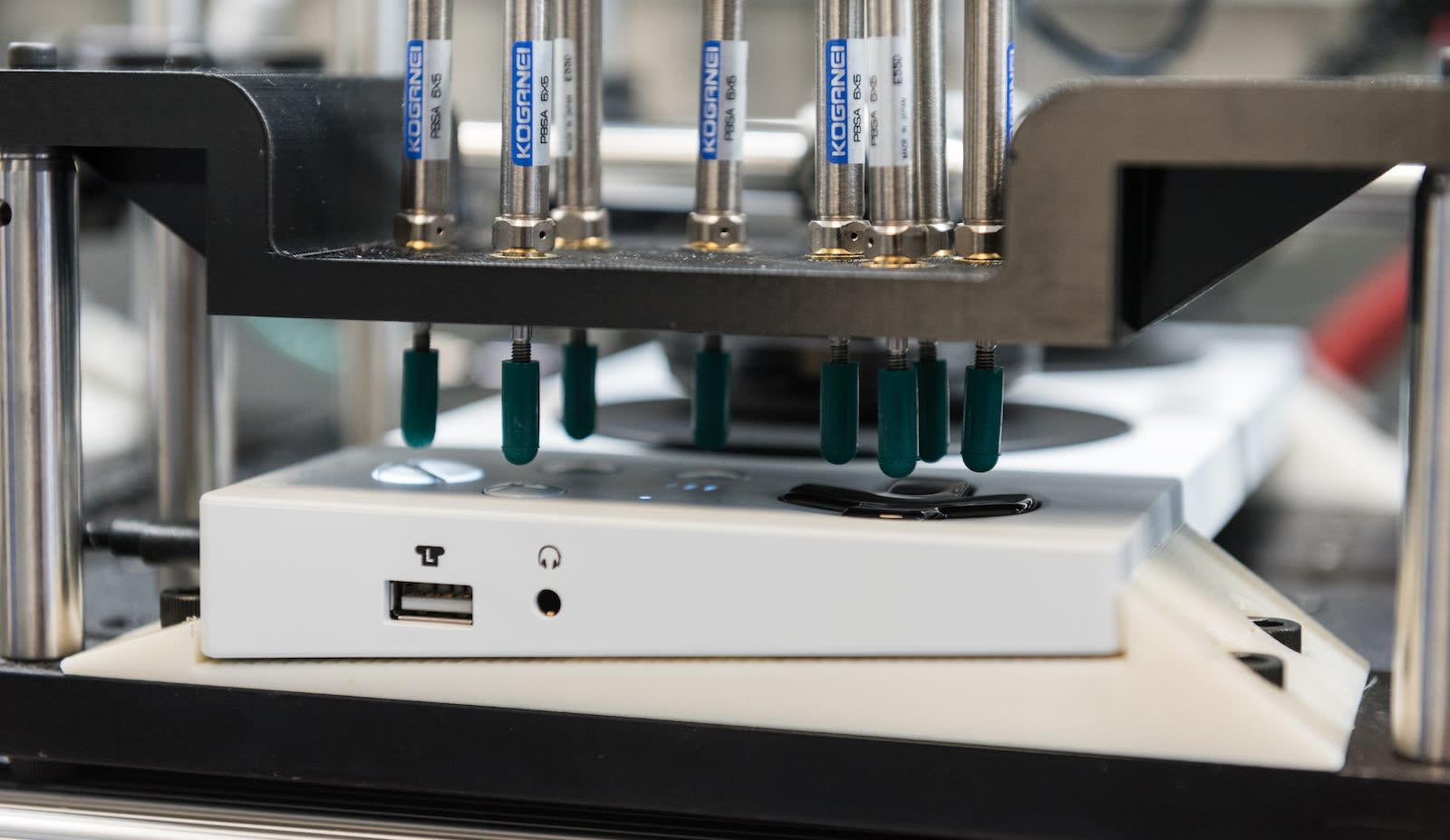 “There are so many battles that have to be fought for people with disabilities.”
Steven Spohn, COO of AbleGamers

This is a passion project for Johnson, Michel and many other developers on the Xbox team. They see the Adaptive Controller being using in physical therapy, mental health recovery and in the daily lives of people with disabilities -- and those without disabilities. Developers stressed that the Adaptive Controller is the next iteration of the Xbox gamepad, not a throwaway gimmick, and they were clearly excited about all of the unimagined ways players will use the new controller.

It takes advantage of a few existing Xbox inclusivity features, including remapping and copilot, a function that allows two players to control the same character. Combined with the Adaptive Controller, the Xbox ecosystem is opening up new worlds for people who have been excluded from the video game industry for decades.

Erin Muston-Firsch is an assistive technology lab specialist at Craig Hospital, where she guides patients with brain and spinal cord injuries through physical therapy exercises. Muston-Firsch was Microsoft's point of contact at Craig as they put the controller together, and her patients got the chance to beta test it and provide feedback. After the reveal of the Xbox Adaptive Controller at Microsoft's offices in Redmond, she told the following story:

I had a patient named Reese and she came from a family -- she has 15 siblings, 15 brothers and sisters, which is insane -- but that's what they do. They game. She was teaching her younger siblings how to play Call of Duty, and that was kind of the way they related to each other. And then she had a spinal cord injury.

She had this major trauma happen and she was just thinking about all of the things she couldn't do anymore when she came to Craig for rehab. ... At that time, we were in beta testing, so I set her up with the Xbox Adaptive Controller, and within five minutes she was playing Call of Duty. And not only was she playing Call of Duty, which is an insanely difficult game to set somebody up with the first time if they have a disability and can't move their fingers, but she was copiloting with her younger brother. He was controlling just the right analog stick and she was doing everything else.

Her mom was in the back, crying, because it was this super powerful moment.

One of the most important aspects of the new gamepad, for developers and players alike, has nothing to do with its actual functionality. It's all about how the product feels and looks. The Xbox Adaptive Controller doesn't look like an accessibility tool. It looks like an Xbox product; it's sleek, branded and clean, and it won't stand out negatively in anyone's living room. For players who have been dealing with mismatched wires and tools cluttering up their gaming spaces, this is a huge improvement, both physically and mentally.

For people like Reese, Muston-Firsch and AbleGamers COO Steven Spohn, the Xbox Adaptive Controller is already a success.

"There are so many battles that have to be fought for people with disabilities to become the players they want to be," Spohn said. "Xbox replacing one of the tools I use in my everyday job with a bigger and better version of that tool only allows us to do our jobs are better, serve more people, and be quicker about it. We have so many people who still need our help, millions of people. The Xbox Adaptive Controller is going to help change the future for the better. I couldn't be happier. I couldn't be more proud to be a part of it."

Source: Xbox Wire
In this article: accessibility, accessories, design, disability, FirstLook, gadgetry, gadgets, gaming, HandsOn, home, microsoft, personal computing, personalcomputing, TL18DZN, video, windows10, Xbox, XboxAdaptiveController, XboxOne
All products recommended by Engadget are selected by our editorial team, independent of our parent company. Some of our stories include affiliate links. If you buy something through one of these links, we may earn an affiliate commission.