Major spoilers for Solo ahead.

The most interesting character in Solo is a robot. L3-37, voiced by Phoebe Waller-Bridge (Fleabag), is a free-thinking, loudmouthed droid who introduces an entirely new concept into the Star Wars universe: robot rights. From the beginning, droids like R2-D2 and C-3PO were presented as beings with thoughts and personalities of their own. But they also served masters and faced blatant anti-droid sentiment, such as from the barkeep who refused to serve their kind in Episode IV. And they were forced to obey humans through restraining bolts, which limited their cognitive functions. We've been empathizing with Star Wars' droids for decades, but the films haven't asked us to consider their place in the world until Solo. 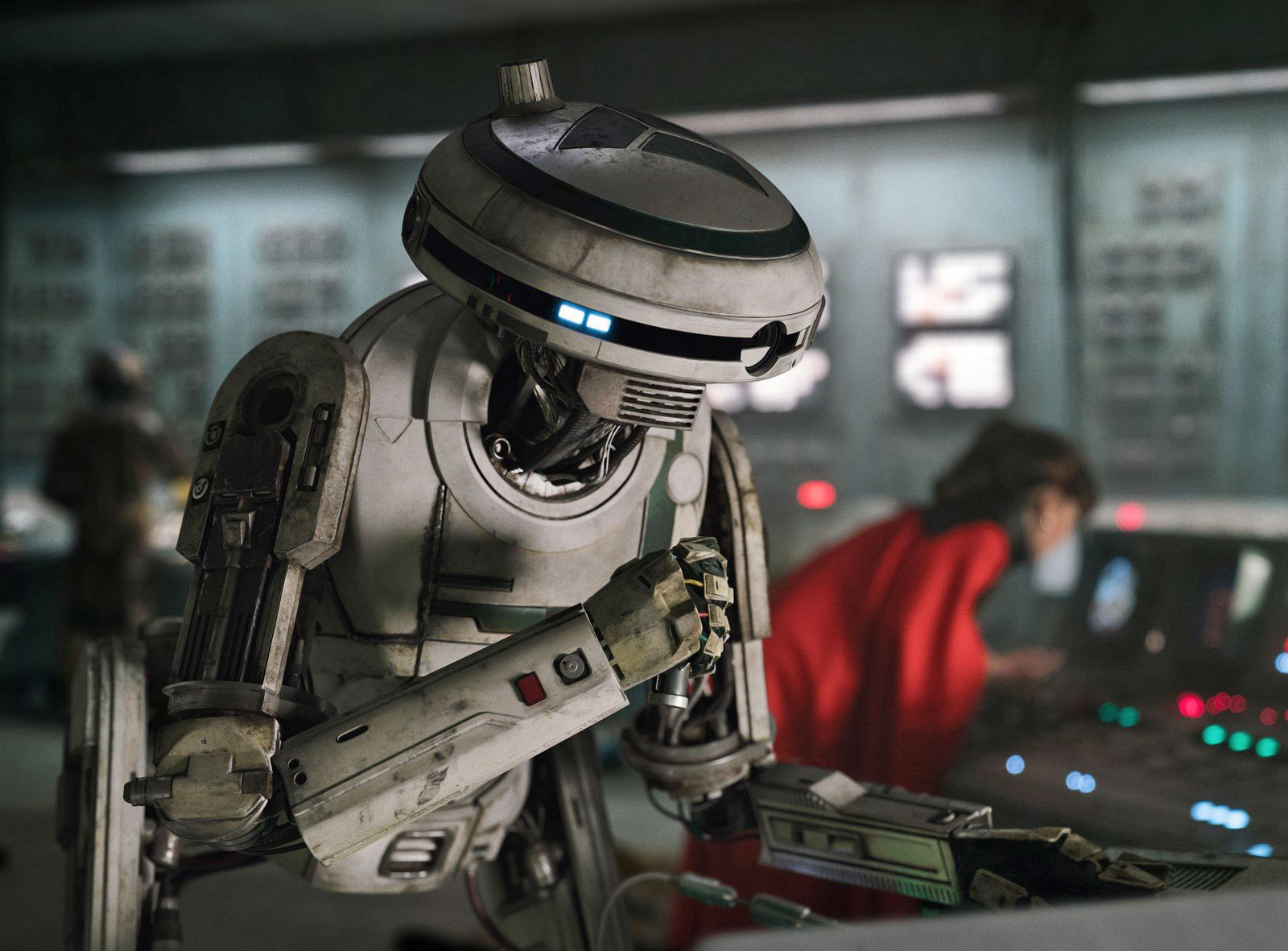 So it's disappointing that the movie completely drops the ball. L3 starts out as a loud and bold revolutionary, but some of her calls for equal rights are treated like comedy bits. In no time, she's killed and forced into a horrifying fate -- she's integrated directly into the Millennium Falcon, where she becomes yet another piece of hardware, silent and obedient to our heroes. It's like something out of Black Mirror. Now when I see the Falcon in any Star Wars tale, I can't help but see it as an eternal prison for a conscious being. Ron Howard, along with screenwriters Lawrence and Jonathan Kasdan, made a huge mistake.

It's a shame. Outside of L3 and Donald Glover's wonderful take on Lando Calrissian, Solo is a dull romp through nostalgia. It answers questions we've never really cared to ask, like how Han Solo really got his name, without contributing much to the broader Star Wars universe. And in many cases, like the thoughtless way it handles L3's fate, it also changes how we view everything in the franchise, for the worse. (It turns out Han, the rebel we know and love, was given the surname "Solo" by an Imperial paper pusher. Because he was alone. Sigh.)

During L3's brief screen time, Solo sparkles with the possibility of fresh new ideas. She has no problem calling out humans for their cruel treatment of droids. At one point, she shouts down the owner of a brutal robot fighting ring, which feels reminiscent of the terrifying "Flesh Fair" in Spielberg's A.I. Later, she incites a riot among Imperial droids by convincing all of them -- even lowly sweeping bots -- that they have a purpose beyond their programming. We also get a surprisingly tender moment with L3, where she hints that she's in love with Lando (and has seemingly thought quite a bit about how sex would work).

Solo shows that Star Wars -- and every pop culture franchise, for that matter -- needs to do more than pay lip service to rebellious ideals. They also have to do justice to those philosophies. The film would have been vastly more meaningful if it had treated L3's calls for equal rights earnestly. And of course, everyone involved should have seen the inherent irony in turning a vocal political rebel into a silent slave. Even giving us a scene where she had some choice in the matter would have helped. Instead, L3 is killed off for cheap dramatic fodder.

Now that Disney has spun up its endless franchise machine for Star Wars, it seems intent on mining our nostalgia for all it's worth. But as The Last Jedi showed us, there's still room for doing something new. Instead of a Boba Fett film, how about something dedicated entirely to droids? I'm sure R2-D2, who played a key role in every Star Wars film, has plenty of stories to tell.

In this article: art, av, Droids, entertainment, L337, PhoebeWallerBridge, robots, RonHoward, Solo, StarWars
All products recommended by Engadget are selected by our editorial team, independent of our parent company. Some of our stories include affiliate links. If you buy something through one of these links, we may earn an affiliate commission.