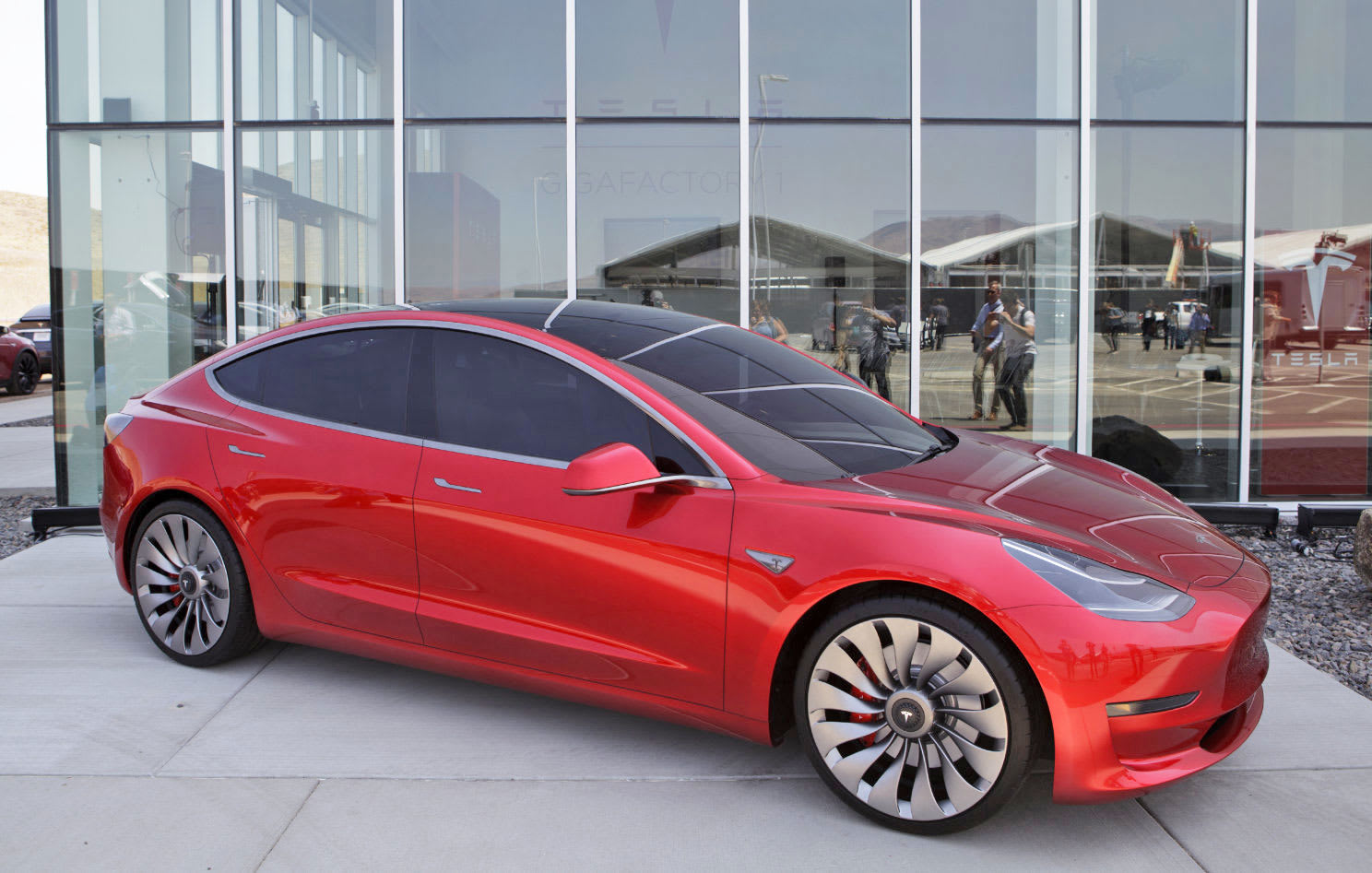 Earlier this month, Consumer Reports chose not to recommend Tesla's Model 3 due to a handful of factors, though most notably because of a long 60-to-0MPH braking distance. While Tesla claimed the car could come to a stop in 133 feet, Consumer Reports didn't find that to be the case. In tests, the Model 3 more often stopped in 152 feet, a longer distance than that required by a Ford F-150. Initially, Tesla said the discrepancy could be due to factors like temperature, the road surface and past driving behavior, but later, CEO Elon Musk said the brake issue could be fixed with a firmware update. Consumer Reports agreed to retest the Model 3 following such an update and today the publication announced the car's brakes passed its test and the Model 3 has received its recommendation.

Following the update, Consumer Reports found that the Model 3 consistently stopped in 133 feet and the brake improvements allowed the car's overall score to be high enough to garner a recommendation. "I've been at CR for 19 years and tested more than 1,000 cars," Jake Fisher, director of auto testing at Consumer Reports, said in a statement, "and I've never seen a car that could improve its track performance with an over-the-air update." Tesla told Consumer Reports that its software was tweaked to adapt to changes in use and different environmental conditions.

The publication had other issues with the Model 3, however, including wind noise, stiff ride quality and concerns over the touchscreen interface. In an interview with Consumer Reports, Musk said Model 3s now have different window glass that reduces wind noise as well as new suspension dampers that should ease the reported stiff ride. Additionally, the company has been changing some of the vehicle's controls so that users don't have to always go through the touchscreen while driving.

Via: Bloomberg
Source: Consumer Reports (1), (2)
In this article: brakes, ConsumerReports, ElonMusk, gear, Model3, tesla, transportation
All products recommended by Engadget are selected by our editorial team, independent of our parent company. Some of our stories include affiliate links. If you buy something through one of these links, we may earn an affiliate commission.