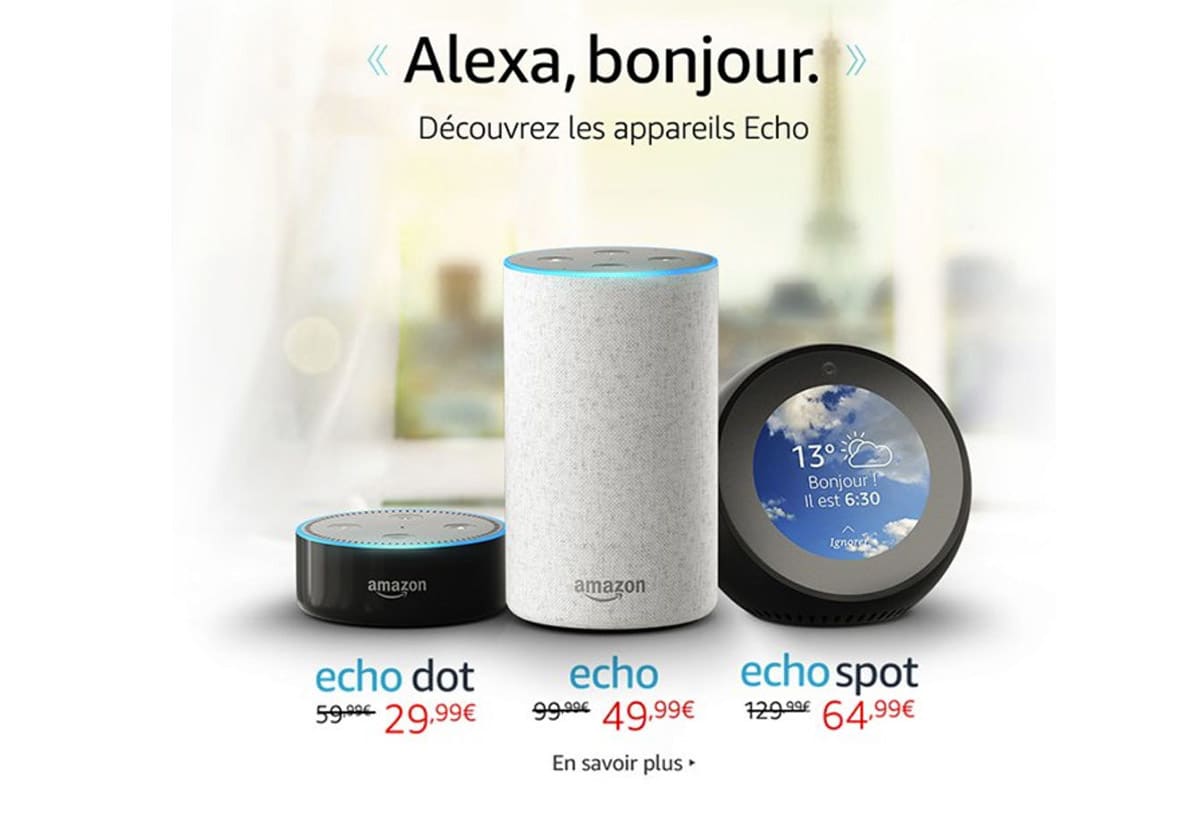 While all my American and UK colleagues have had access to Amazon's Alexa for years, I've been left out of the party here in France. At last, however, folks in the nation (and Monaco) can parlez Francais with Alexa on Amazon's Echo, Echo Dot and Echo Spot. Those devices are now up for pre-order on Amazon at half price, with delivery set at June 13th for Prime members.

It took Amazon long enough to teach Alexa French, but the assistant has reportedly gained mastery of both the language and country. "In France, Alexa is French," said Amazon VP Jorrit Van der Meulen. "We've built an entirely new experience from the ground up that honors the French language and culture, allowing customers to just ask to get music, weather, news, information, and more."

Alexa is considered by many to be the smartest of all the assistants, and certainly has the most third-party "skills." Amazon is also pretty popular in France (and fretted over by politicians, of course) with most services like Prime Now and same-day grocery deliveries available here. As such, it's a bit of a mystery as to why it took Alexa so long to come to the nation, considering that Google's Assistant, Apple Siri and Cortana from Microsoft have been here for quite awhile now.

For the launch, folks can get the Echo Dot for €30 instead of €60, Echo at half price for €50 and Echo Spot €65 rather than €130 (I picked up the Echo). French users can get immediate access to skills from Philips Hue, Uber, Domino's Pizza, TP-Link, Franceinfo, Legrand, and dining reservation site La Fourchette. You'll be able to use Alexa on supported devices from Harman Kardon, Sonos, Ultimate Ears, Netgem, Archos, Boulanger, Sowee and others.

Source: Amazon
In this article: Alexa, amazon, Echo, EchoDot, EchoSpot, France, gear, robots, VoiceAssistant
All products recommended by Engadget are selected by our editorial team, independent of our parent company. Some of our stories include affiliate links. If you buy something through one of these links, we may earn an affiliate commission.