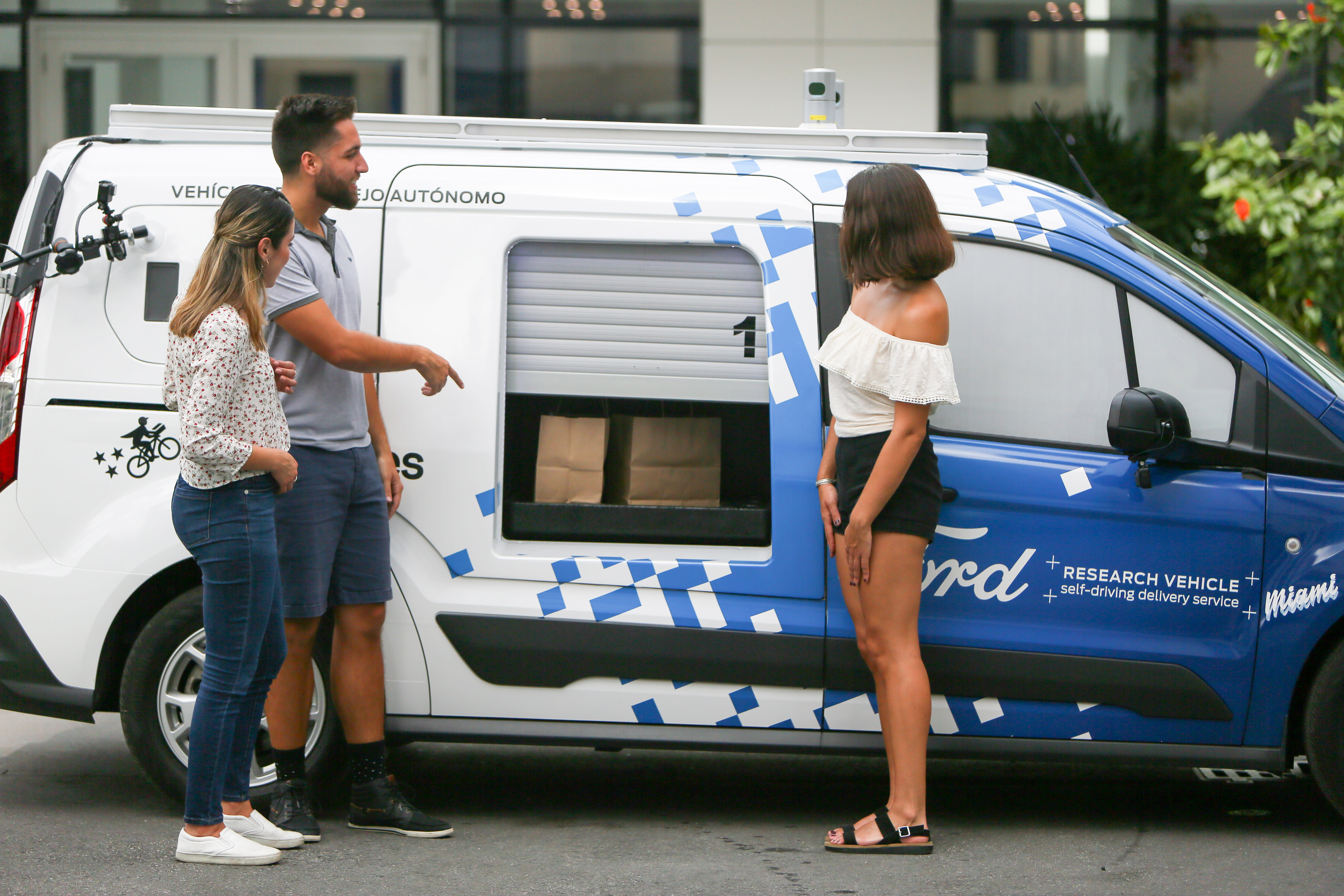 The next time you order food from Postmates in Miami or Miami Beach, don't be too surprised if you have to grab your Cuban sandwiches from what looks like a self-driving van. Ford's latest autonomous delivery test is underway, as the automaker has partnered with Postmates to bring you goods from more than 70 local businesses. But there's actually a driver behind the tinted windows -- Ford says the Transit Connects give the appearance that they're autonomous vehicles.

The trial is all about researching how people interact with (what look like) self-driving vehicles on both sides of the delivery process. That should help Ford identify and address issues with autonomous deliveries. The company is testing self-driving technology in separate vehicles.

Ford has redesigned the van for this trial, with three lockers (one on the side, two in the rear) that let the van make several deliveries on the same route. Thee lockers vary in size because Ford is investigating optimal configurations -- Postmates delivers more than just food, after all. Importantly, though, each locker has a pair of cup holders to keep your smoothies secure.

When the Transit Connect arrives, you'll need to head out to the van by the curb, and punch in a code you receive via text on the touchscreen display. That will open the locker containing your delivery; the van will direct you to the correct locker using audio prompts and lights. The process works similarly on the other end, with employees getting a code to access the relevant locker and place the items.

This is the first time Ford is testing some features, like the touchscreen, the multiple lockers and the audio system. The Miami test comes after a Domino's trial in Ann Arbor, Michigan, last year, and it's been a long time coming; Ford said in February the trial would start the following month. The trials will help Ford shape the final design of its self-driving vehicles, which it plans to roll out in 2021.

Via: TechCrunch
Source: Ford
In this article: autonomous, ford, miami, miamibeach, postmates, selfdriving, test, tomorrow, transitconnect, transportation
All products recommended by Engadget are selected by our editorial team, independent of our parent company. Some of our stories include affiliate links. If you buy something through one of these links, we may earn an affiliate commission.