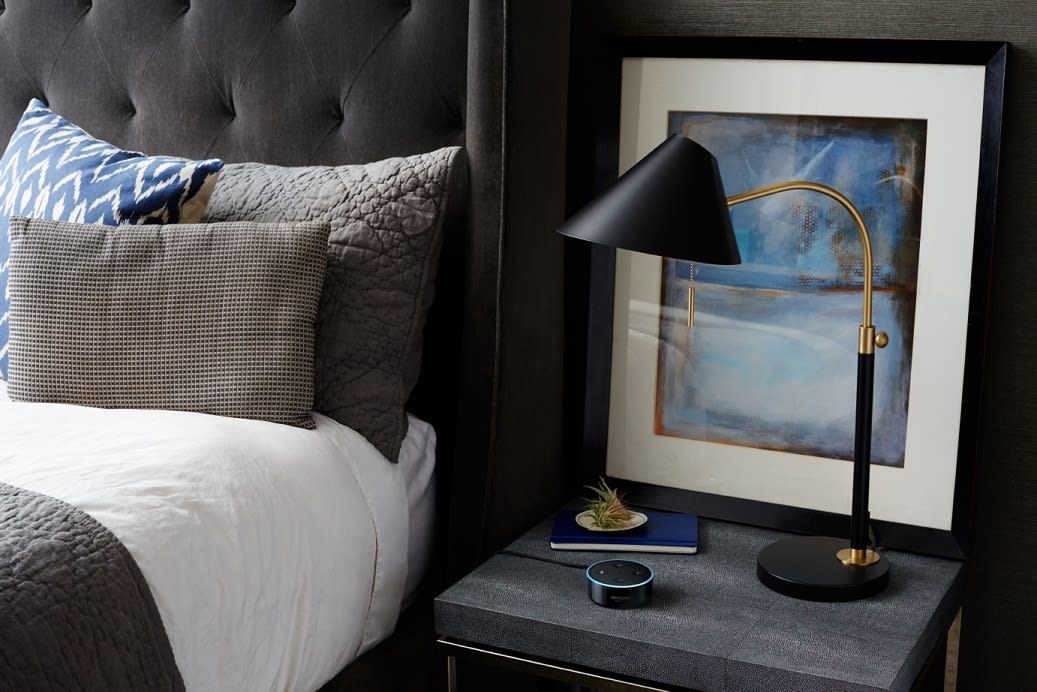 Visitors to Marriott hotels will soon be able to use Amazon Alexa to make their stays more enjoyable. "Alexa for Hospitality" lets guests ask Alexa -- via an in-room Amazon Echo -- for help with hotel information, booking guest services, playing music and managing room controls, such as lighting and temperature.

We've seen hotels leverage Alexa before -- in 2016 Wynn's Las Vegas hotel installed an Echo in all 4,748 of its rooms, letting guests control environmental conditions with vocal commands. The Marriot partnership takes things further, giving the hotels the option to configure and customize voice-first features based on their specific property and guest offering. You'll be able to use Alexa to book a massage if the hotel has a spa, for example, or ask Alexa where the gym is located if it has a fitness center. Hotels can also choose to give their guests access to thousands of Alexa skills that can help with other aspects of traveling, such as checking flight times or local public transit systems.

Personalization is also on the cards. Alexa for Hospitality will eventually allow guests to temporarily connect their Amazon account to the Echo in their room so they can play their own music from services including Amazon Music and Spotify, or listen to audiobooks via Audible. When they check out, their account will be automatically disconnected from the device.

The system has been built to work with existing hotel technology, so locations won't need to retrofit or upgrade anything, but whether or not you'll get to try it out during your summer holidays will depend on where you're heading. It's arriving at Marriott hotels in Charlotte, NC, and Irvine, CA, first, with other hotel locations "by invitation" from today, before rolling out internationally later this season.

Source: Amazon
In this article: Alexa, AlexaForHospitality, amazon, Echo, entertainment, gear, hotels, Marriott, services, Traveling
All products recommended by Engadget are selected by our editorial team, independent of our parent company. Some of our stories include affiliate links. If you buy something through one of these links, we may earn an affiliate commission.