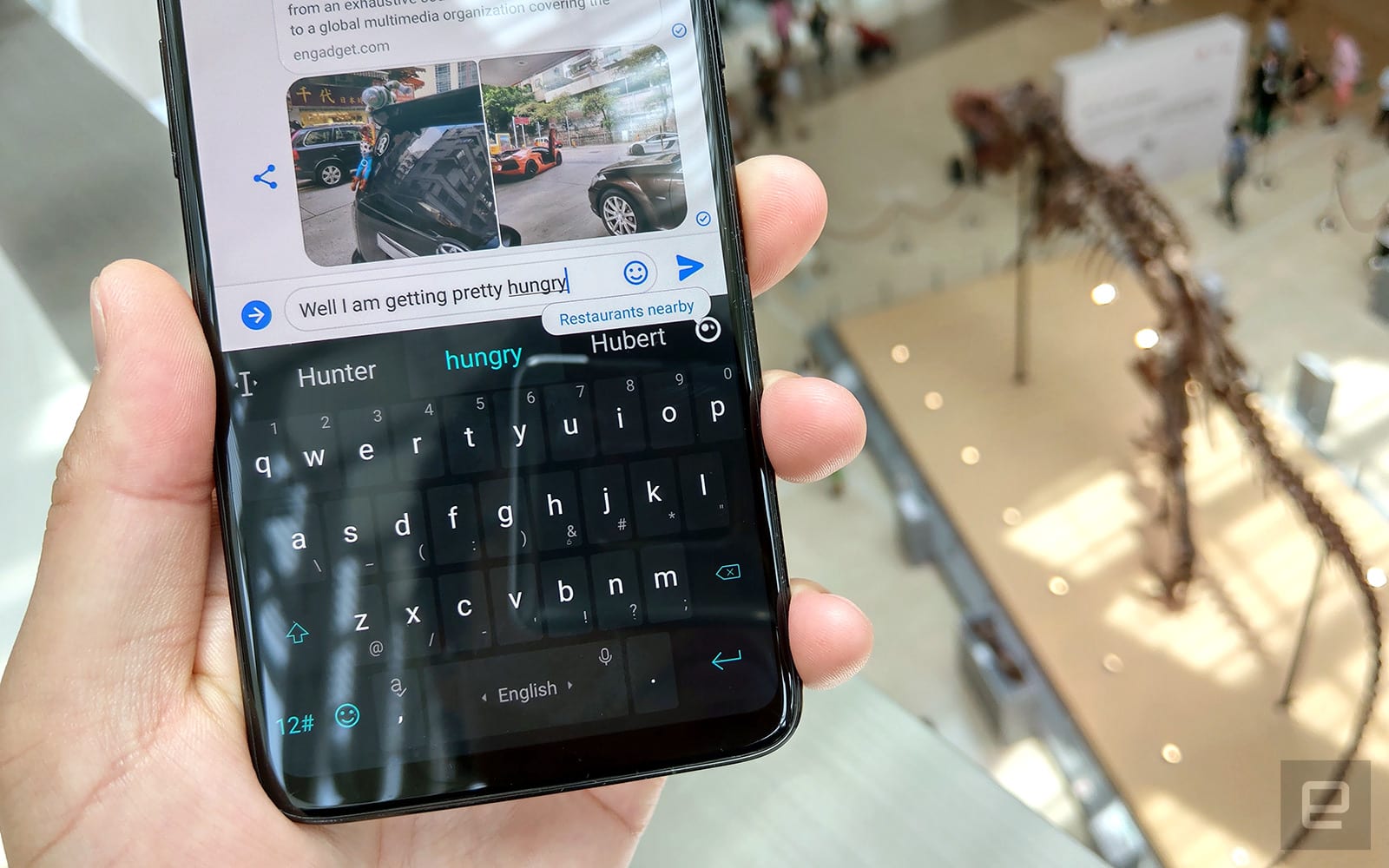 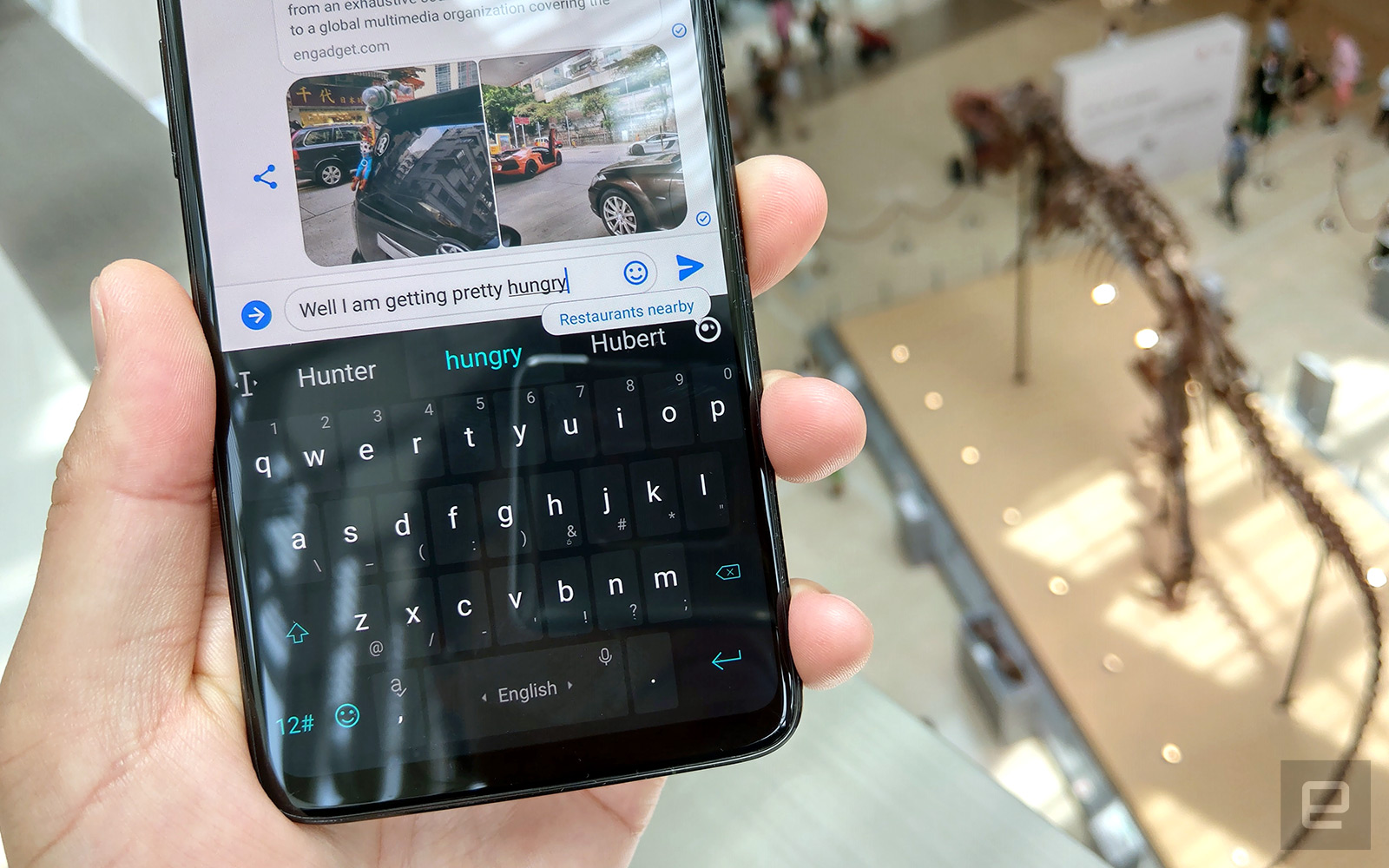 Over the years, TouchPal has remained one of the most popular Android keyboards with its generous bundle of features, including gesture typing, neural network-powered prediction, multilingual support, GIF search, themes and more; though some of these have also become standard on other keyboards, such as Google's very own Gboard. As an attempt to stay on top of the game, the company has finally pushed its new TouchPal Keyboard Pro out of beta to debut "Talia," its AI personal assistant.

Talia is designed in such a way that it delivers quick suggestions in a bubble as you type, but also in a way that doesn't overburden you. These include simple offerings like one-tap paste aka "Swift Paste," very basic calculations (with no more than two numbers for convenience's sake) and currency conversion, as well as something a little more advanced like smart replies, GIF predictions, weather forecast and dining recommendations -- part of this relies on Yelp, so availability depends on your region.

I've been using TouchPal Keyboard Pro over the last few days, and overall, these features do make my life easier by saving me a few taps. "Swift Paste" in particular is one of my most-used features here: it delivers my copied text in a bubble as soon as I tap a new text field, and I can just poke that bubble to paste the text, which is a tad faster than the usual pasting method.

I'm also a fan of the GIF prediction feature, which offers a menu of related GIFs whenever I type in common internet slangs like "LOL," "WTF" and "LMAO," or even just simple reactionary words including "wow," sad," "cool" and more. But of course, if I need more specific GIFs, I can always just load up TouchPal's built-in GIF search engine or text-to-GIF generator -- both of which are just two taps away. 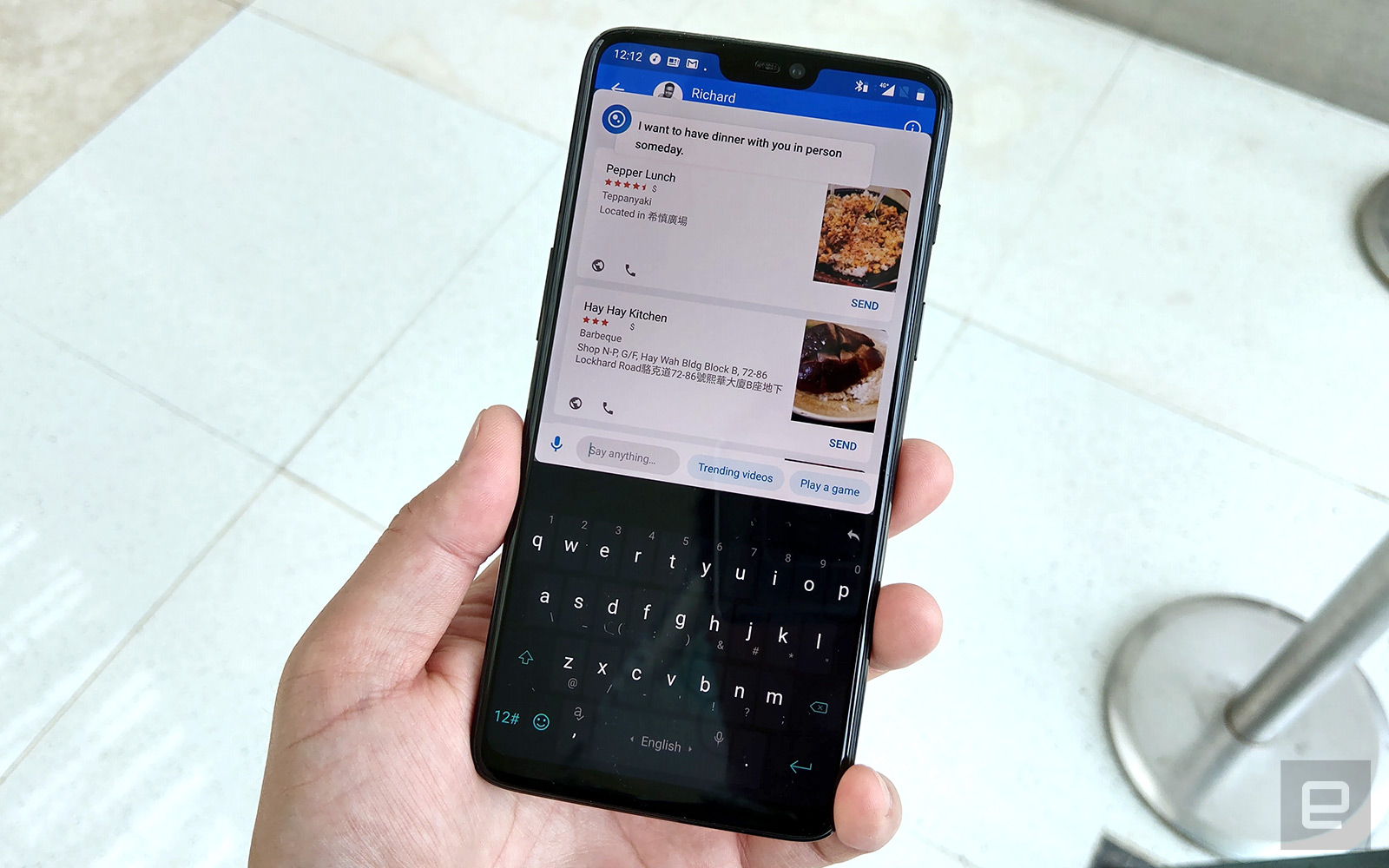 The dining recommendation has been hit-or-miss for me, but that's only because the feature has yet to be optimized for Hong Kong. This "restaurants nearby" bubble shows up whenever you type food-related words -- be it "breakfast," "lunch," "dinner," "meal," "hungry" or simply "food" itself. Tap it and you'll be given a list of restaurant recommendations within your city, then tap "send" and TouchPal will paste the restaurant's name, address plus its Yelp link in your text box for sharing.

This is no doubt a neat feature, though at the time of writing this article, some of the recommended eateries I saw were a bit far out, and there was no way for me to sort the list by distance. A TouchPal rep said that his team will be working closely with Yelp to fix this in the near future, so stay tuned. 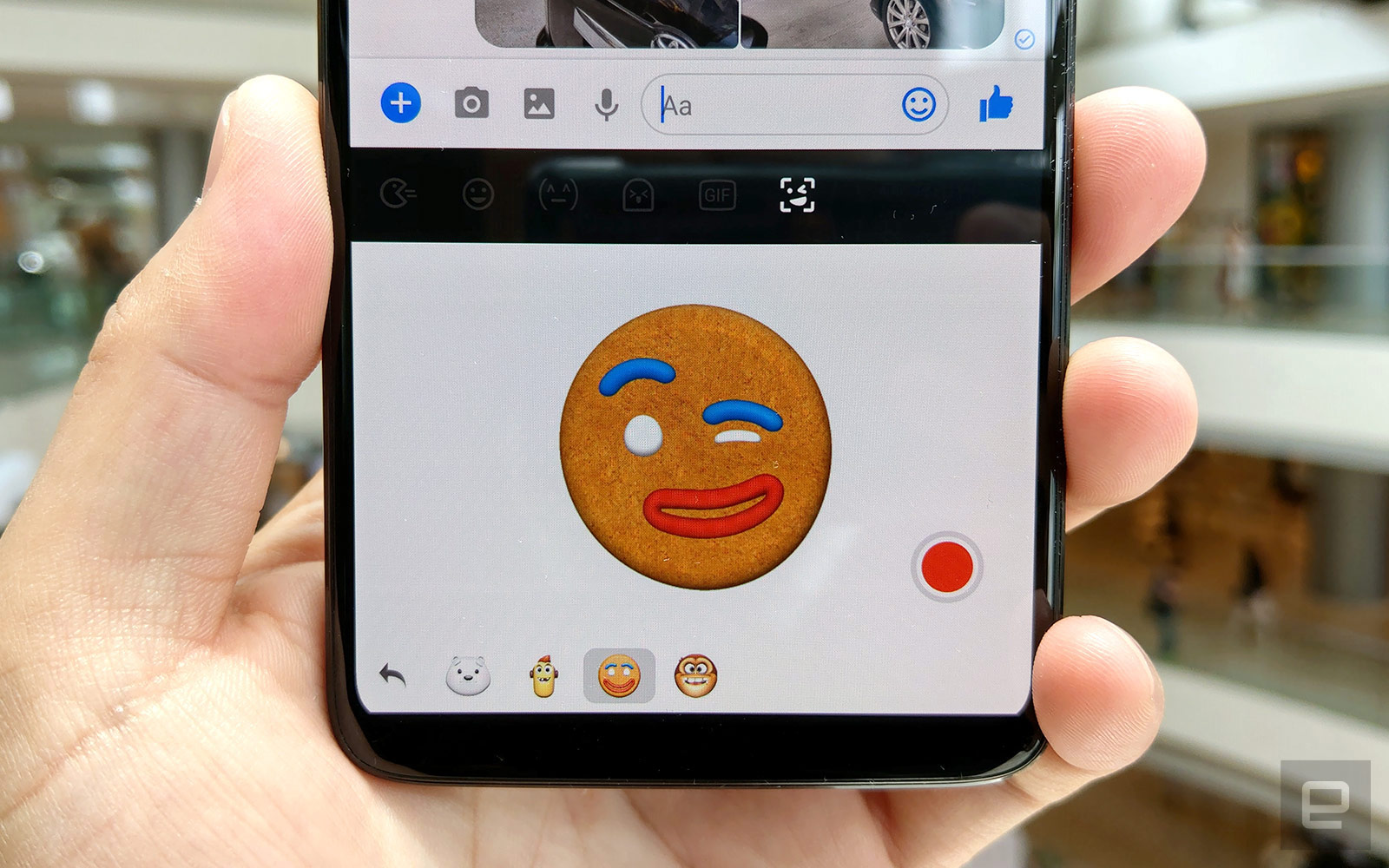 In addition to the aforementioned assistant features, TouchPal Keyboard Pro also comes with its very own AR emoji feature, which uses just the front-facing camera on almost any recent Android device to animate one of the four cartoon faces -- my favorite one is the Gingerbread Man, though obviously the more the merrier. Much like the ones on Apple's iPhone X or Samsung's Galaxy S9 series, TouchPal's AR emoji feature lets you record your own animation, and then share it in the form of a short video message. As gimmicky as it is (though TouchPal reckons that kids still love it), this feature works fine on my OnePlus 6; just don't expect the same kind of face-tracking accuracy as you'd get with the TrueDepth camera on the iPhone X.

Much like its existing app, TouchPal Keyboard Pro is available as a free download supported by ads. Alternatively, you can subscribe to a premium account for $4.99 per year which not only removes ads, but also vastly expands the keyboard's local Neural Language Model's capability with a cloud prediction engine. (It's worth noting that existing paid users can already use the ad-free Pro version once logged in.) Still, TouchPal may have a bit more work to do here in order to convert more users to the premium side -- it could do with a few more AR emojis and better dining recommendations, but still, it's a good start.

Source: Google Play, TouchPal
In this article: ai, android, app, aremoji, assistant, cootek, emoji, gear, hands-on, keyboard, mobile, personalassistant, smartreply, software, talia, touchpal, touchpalkeyboard, touchpalkeyboardpro
All products recommended by Engadget are selected by our editorial team, independent of our parent company. Some of our stories include affiliate links. If you buy something through one of these links, we may earn an affiliate commission.