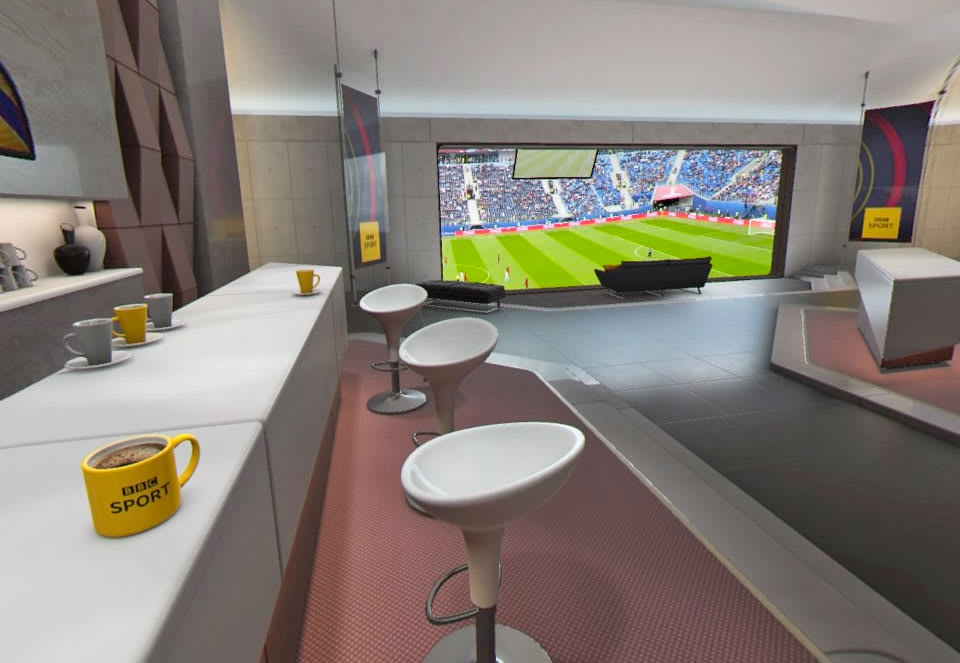 In case you wanted another way to watch this year's World Cup from Russia, PlayStation has you covered. Sony's gaming division has partnered with BBC Sports VR to put you in a virtual executive box replete with a gigantic window overlooking the pitch. More than that, you'll have a choice between three different "seats" on the fly, too: behind each goal and from the midfield line. You just need a PlayStation 4, PSVR helmet and the BBC's free World Cup PSVR app.

Sony's 4K cameras equipped with wide-angle lenses should help deliver some of the Cup's atmosphere, not just the on-field action. And if you want to catch up with the games leading up to your dream match, you can do that from the comfort of ones of the TVs in the executive box. Turn one on, and with the press of the DualShock 4's touchpad, the same match will output to the PSVR's social screen (your TV) so everyone else on the couch can watch. That's assuming they aren't too busy making fun of you while sweat pours down your cheeks because you're wearing a virtual reality helmet in July.

From the looks of it, it's a lot like what the NFL has been doing with American football broadcasts like the Super Bowl. Last summer, Fox Sports did something similar with the CONCACAF Gold Cup and it's doing the same for the World Cup, offering footie fans a brief look at the beautiful game in VR. BBC's version looks a little less cramped, and as a result should feel less cramped in VR, too. During the Cup's early stages last month, Oculus broadcast a select few matches via its Venues feature in Oculus Go and Gear VR.

Regardless of who makes the experience, it's a little ridiculous to expect folks to strap a VR helmet to their face in the middle of summer though -- at least the Super Bowl is in January. The BBC app is available now in Europe.

Source: PlayStation Blog
In this article: 4k, av, bbc, bbcsport, gaming, gear, ItsCalledFootballDamnit, playstation4, ps4, psvr, soccer, sony, virtualreality, worldcup, worldcup2018
All products recommended by Engadget are selected by our editorial team, independent of our parent company. Some of our stories include affiliate links. If you buy something through one of these links, we may earn an affiliate commission.