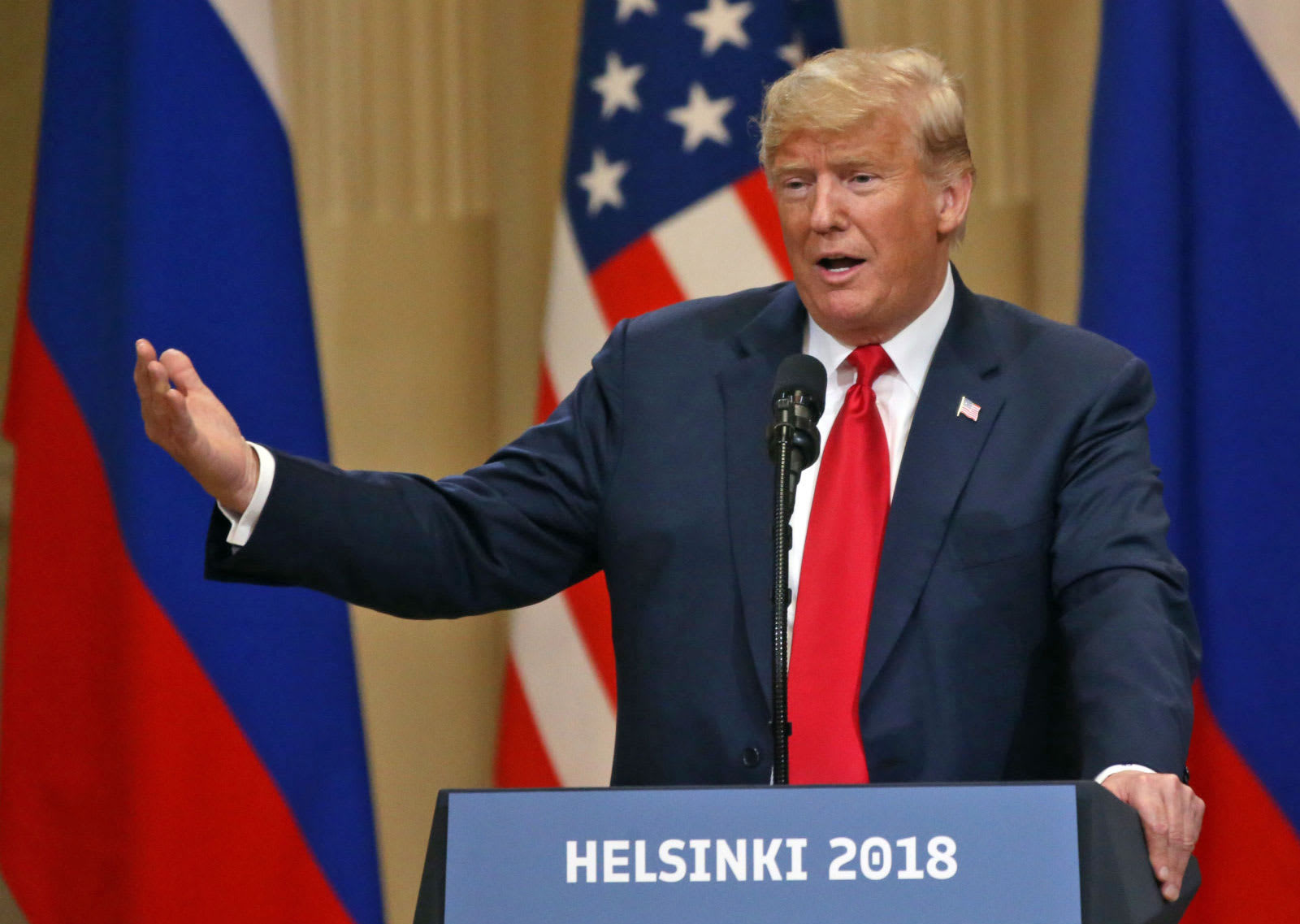 In May, Facebook began requiring political ads to disclose who paid for them and started collecting all political ads in a searchable archive. Now, researchers are using that information to see how politicians are incorporating the social platform into their campaigns. As the New York Times reports, researchers at New York University have conducted an initial analysis of political Facebook ads and found that President Trump is a leading spender.

Of the 267,000 political ads that the research team was able to collect accurate information on from Facebook's archive, Donald Trump's campaign and his PAC were both top 10 ad sponsors based on how many impressions their ads attracted on the social media platform. Combined, the two spent at least $274,100 on 9,523 ads between May and June of this year, which attracted a minimum of 37.6 million impressions. Comparatively, Planned Parenthood, which had the second most impressions, spent at least $188,800 on 3,389 ads viewed by 24.5 million people. The only other politician in the top 10 list is, Beto O'Rourke, a Democratic Senate candidate from Texas who spent a minimum of $194,400 on Facebook ads.

Social media was a big part of President Trump's campaign and Brad Parscale, the digital advisor for Trump's 2016 run, has been selected as Trump's 2020 campaign manager. "Facebook and Twitter were the reason we won this thing," Parscale told Wired in 2016. "Twitter for Mr. Trump. And Facebook for fundraising."

There are a few caveats to keep in mind about this analysis. First, all of the data was scraped from Facebook's archive using keywords. And because of this, the researchers note that the data collected likely represent only a portion of the political ads posted on the platform. But the archive doesn't yet allow for more thorough data collection as it currently stands. Facebook has said it will release an API later this year that could aid in this type of large-scale, automated research, but it isn't available yet.

Secondly, the ad archive only provides ranges for the number of impressions garnered by an ad and how much was spent on it, and those ranges are fairly large. For impressions, ranges include 0 to 1,000 and 1,000 to 5,000 while spending ranges include $0 to $100 and $100 to $500, for example. In most cases, the researchers went with the lowest number in the range, so the numbers presented could actually be much higher in reality.

Additionally, there are handful of other limitations in how Facebook allows data to be searched and displayed and since it's unclear exactly what types of ads aren't being picked up by the researcher's searches, it was hard for the research team to detect any sort of bias on their part in regards to the search words they used.

However, despite these limitations, the work shows how Facebook's ad archive has the potential to be used as a tool for political campaign analysis and also highlights ways the company can improve its archive in order to maximize transparency. The NYU researchers are also working on doing similar work with Twitter's ad transparency center and they've made their raw Facebook datasets as well as their data collection and analysis code available on Github. "We are supportive of Facebook's efforts to improve the transparency of online political advertising," the researchers note in their report. "Our hope is that this report and accompanying data will enable further analysis and improved transparency of online political advertising."

"This report is the exactly how we hoped the tool would be used -- outside experts helping to analyze these ads on Facebook," Rob Leathern, Facebook's director of product management, told the New York Times. "It brings more transparency to the messages people see and increases accountability and responsibility over time, not just for us but advertisers as well."

Via: New York Times
Source: Edelson et al.
In this article: campaign, DonaldTrump, facebook, gear, internet, politicalads, politics, twitter
All products recommended by Engadget are selected by our editorial team, independent of our parent company. Some of our stories include affiliate links. If you buy something through one of these links, we may earn an affiliate commission.