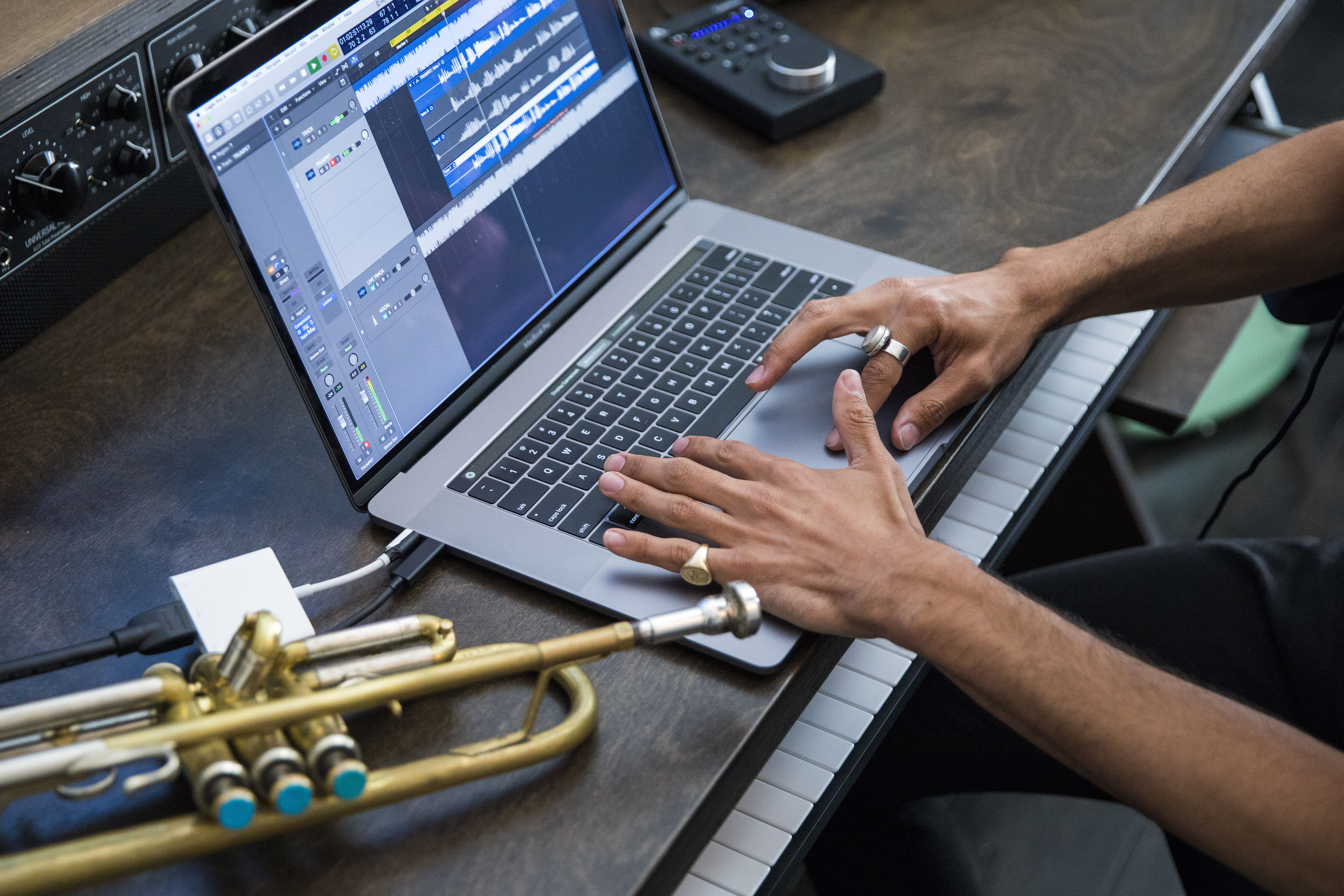 That i9 processor can supposedly Turbo Boost to 4.8GHz, but some users are noticing that the chip is struggling when it is under heavy load. YouTuber Dave Lee's testing showed average speeds of around 2.2GHz when the i9 system is running Adobe Premiere Pro, which is a demanding application. Render times were slower with the i9 than the i7, though the i9 configuration operates when kept cool (in this case by putting the computer in a freezer). The reason for the lackluster performance seems to be the laptop's design, and more specifically, how it handles cooling.

Intel's thermal design power (or TDP) regulates how hot a processor can get to when it is unboosted, and guides manufacturers on their computer designs so they can keep the CPU cool enough. Desktop computers have more physical space in which to move air around, so they can handle a processor with a higher TDP, but the thinner chassis of laptops means it's harder to keep components cool, and the TDP of their processors is typically lower than in desktops.

The i9 has a TDP of 45 watts, the same as the i7, according to Intel. That means the chips should, in theory, operate with the same effectiveness using the same cooling system at their base clocks. As long as a processor stays cool, it can exceed its normal clock speed and venture into Turbo Boost territory. But doing so increases the temperature, and as the CPU gets hotter, it slows down to aid the cooling system in dispersing heat.

The i9's Turbo clock is 4.8GHz, which will generate a lot more heat than the i7's 4.4GHz. As these Turbo speeds aren't factored into the TDP, the confined spaces of a MacBook Pro are clearly causing problems for Apple at the higher clock rates.

It's common for any computer to throttle performance when the internal temperature hits a certain point. Keeping machines and people safe is ultimately more important than completing tasks faster. However, the CPU and GPU share the same cooling system in a MacBook Pro, so if you're using a graphics-heavy app, performance might stutter even more.

But not all hope is lost for those with an i9 configuration who are frustrated with the sluggish performance. If it chooses to, Apple could resolve or mitigate the issue with a firmware update that kicks in the fans sooner, regulates how long the CPU can stay overclocked or tweaks how hot the processor can get before it stops overclocking. It could also cut out the highest clock speeds entirely, which, based on the limited data we have, would likely dramatically improve performance.

However, as Apple is using Intel's i9 specifications on its product page, which clearly state a base clock of 2.9GHz and a boost of 4.8GHz, that could open it up to even more criticism and possibly legal issues from customers who bought a laptop expecting it to be capable of hitting 4.8GHz. Depending on how Apple chooses to move forward here, it is figuratively (or literally) playing with fire.

Source: AppleInsider, Dave Lee (YouTube)
In this article: apple, applemacbookpro, cpu, gear, i9, intel, intelcorei9, macbookpro, macbookpro2018, overclock, overclocking, personal computing, personalcomputing, processor
All products recommended by Engadget are selected by our editorial team, independent of our parent company. Some of our stories include affiliate links. If you buy something through one of these links, we may earn an affiliate commission.