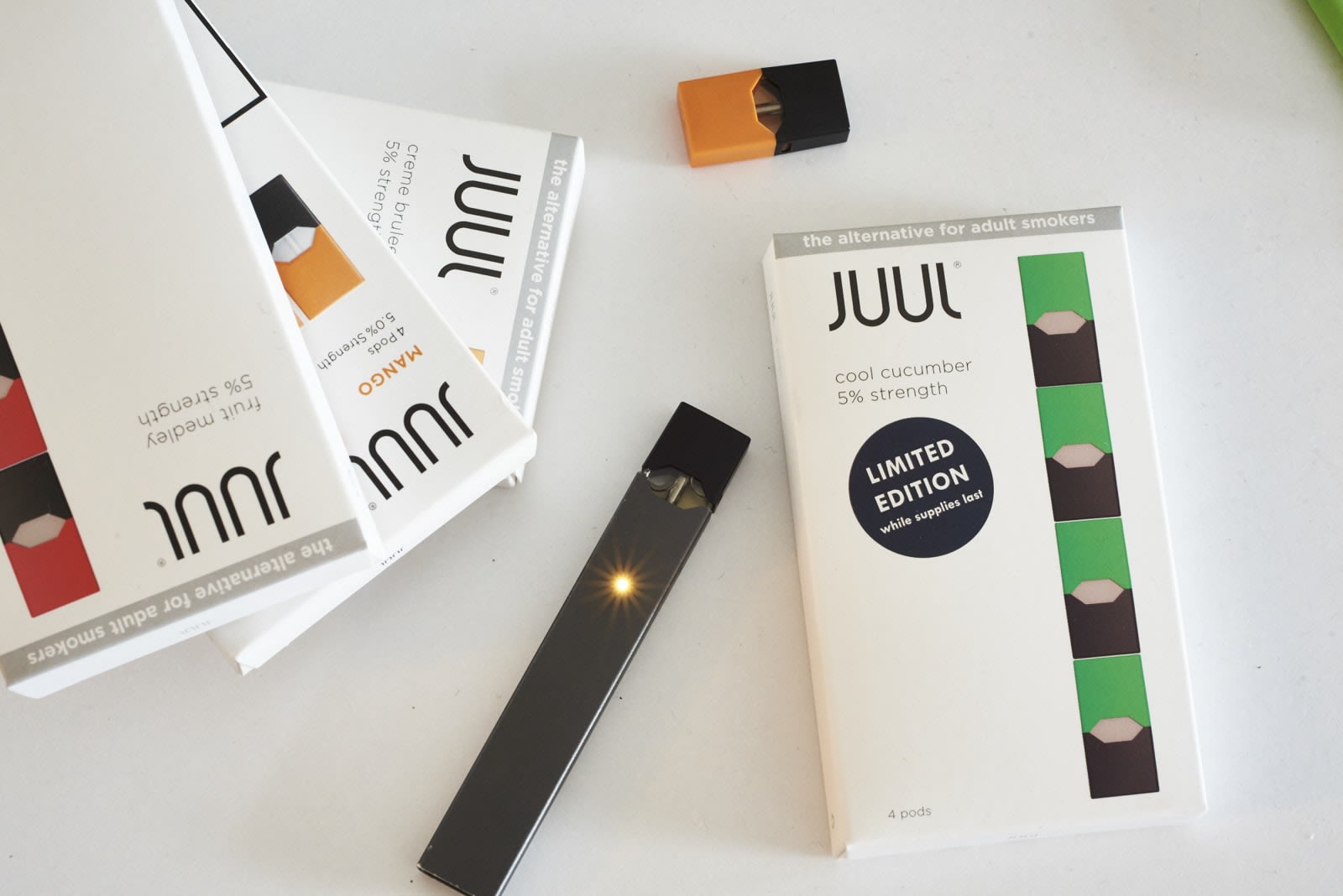 E-cigarette company Juul is working on a Bluetooth-connected version of its popular device, and its features could help the company combat underage use. Valued at $15 billion, Juul claims over 70 percent of the US e-cigarette market, and it has been working to expand internationally. But as it continues to attract investment and users, the company is also admitting that its product is being used by teenagers. "We acknowledge kids are using the products," Juul Chief Administrative Officer Ashley Gould said earlier this year. "We're committed to stopping it."

So far, the company has committed $30 million towards efforts to stem underage use of its products, and its upcoming Bluetooth-connected e-cigarette could be a key part of that endeavor. As Bloomberg reports, the Bluetooth technology and accompanying software could help users track their nicotine intake, but they could also be used to regularly verify that users aren't underage. A person familiar with the matter told Bloomberg that the company has also considered using Bluetooth to form geofences around schools, causing any of its e-cigarettes to shut down when they're on a school campus. "We are actively evaluating new technologies and features to help keep Juul out of the hands of young people," a company spokesperson told The Verge.

The Bluetooth-connected Juuls will start rolling out in Israel and Western Europe in October, according to CEO Kevin Burns. However, they won't be launched in the US, at least not immediately, as any new e-cigarette and vaping products are subject to a lengthy FDA approval process.

Via: The Verge
Source: Bloomberg
In this article: bluetooth, e-cigarette, gadgetry, gadgets, gear, juul, underage, vaping
All products recommended by Engadget are selected by our editorial team, independent of our parent company. Some of our stories include affiliate links. If you buy something through one of these links, we may earn an affiliate commission.