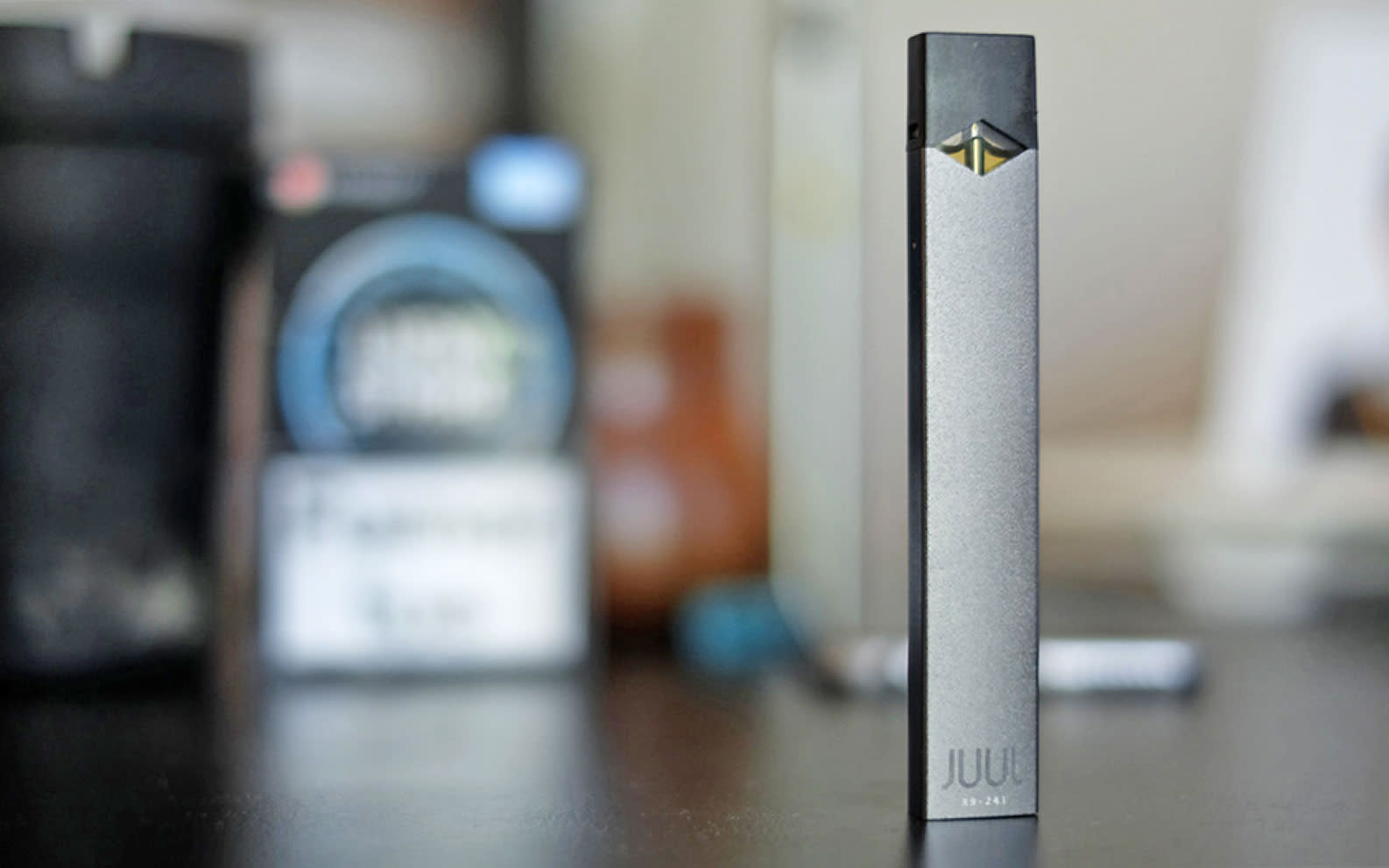 "Juuling" might be a thing around the world in the future, because the e-cig-maker has big plans to go global. According to Bloomberg, Juul is raising $1.2 billion in a financing round, which would put the startup's value at a whopping $15 or $16 billion. If you need something to compare that to, Lyft recently reached a $15 billion valuation after raising $600 million. The publication says the company is hoping to use the money it raises from investors to make its USB vape pens available outside the US and Israel. Currently, if you want to buy its trendy pens and nicotine pods outside those two countries, you'd have to find resellers.

If there's any e-cig company that can raise that kind of money and go global, it's Juul. While competitors were folding up, it was conquering the country -- Bloomberg says the startup told investors at a presentation that it had already captured 68 percent of the market in the US based on Nielsen data. The fact that "Juuling" is now a term people use is also a testament to how well the company is doing. As the publication noted, though, the company is a controversial investment due to its growing popularity with teens.

Juul's website clearly states that you need to be at least 21 years old to buy its products, but it has become a trend for teenagers to go "Juuling" at schools. As you might know, nicotine is a highly addictive substance, and while e-cigs can help adults stay away from traditional cigarettes, that's not the case for younger users. According to at least one study, non-smoking young adults are four times more likely to start smoking real cigarettes after 18 months of vaping. Juul vowed to fight underage use of its products, though, and set aside $30 million for that particular initiative.

In this article: business, e-cigarette, gear, juul, valuation
All products recommended by Engadget are selected by our editorial team, independent of our parent company. Some of our stories include affiliate links. If you buy something through one of these links, we may earn an affiliate commission.