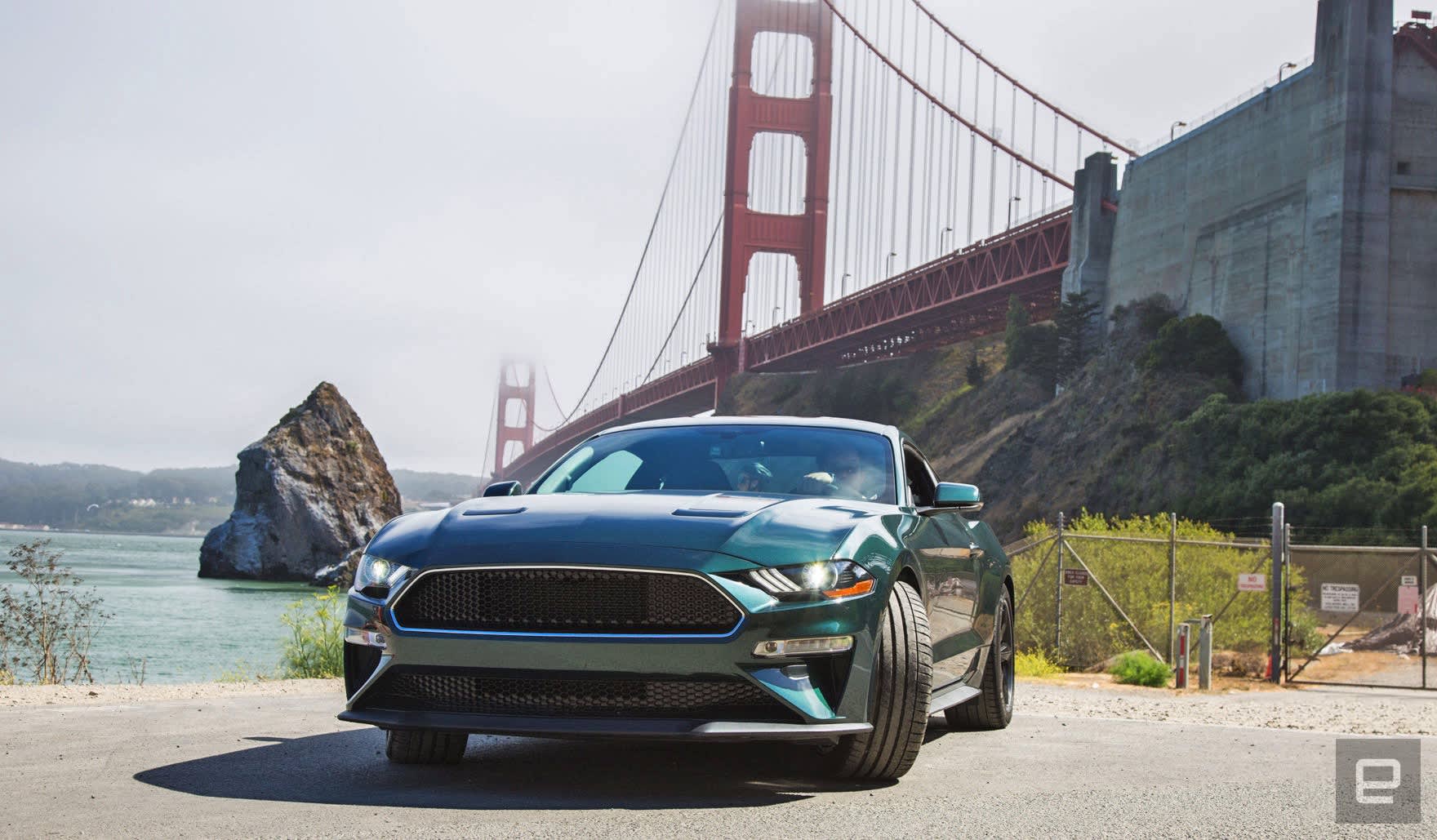 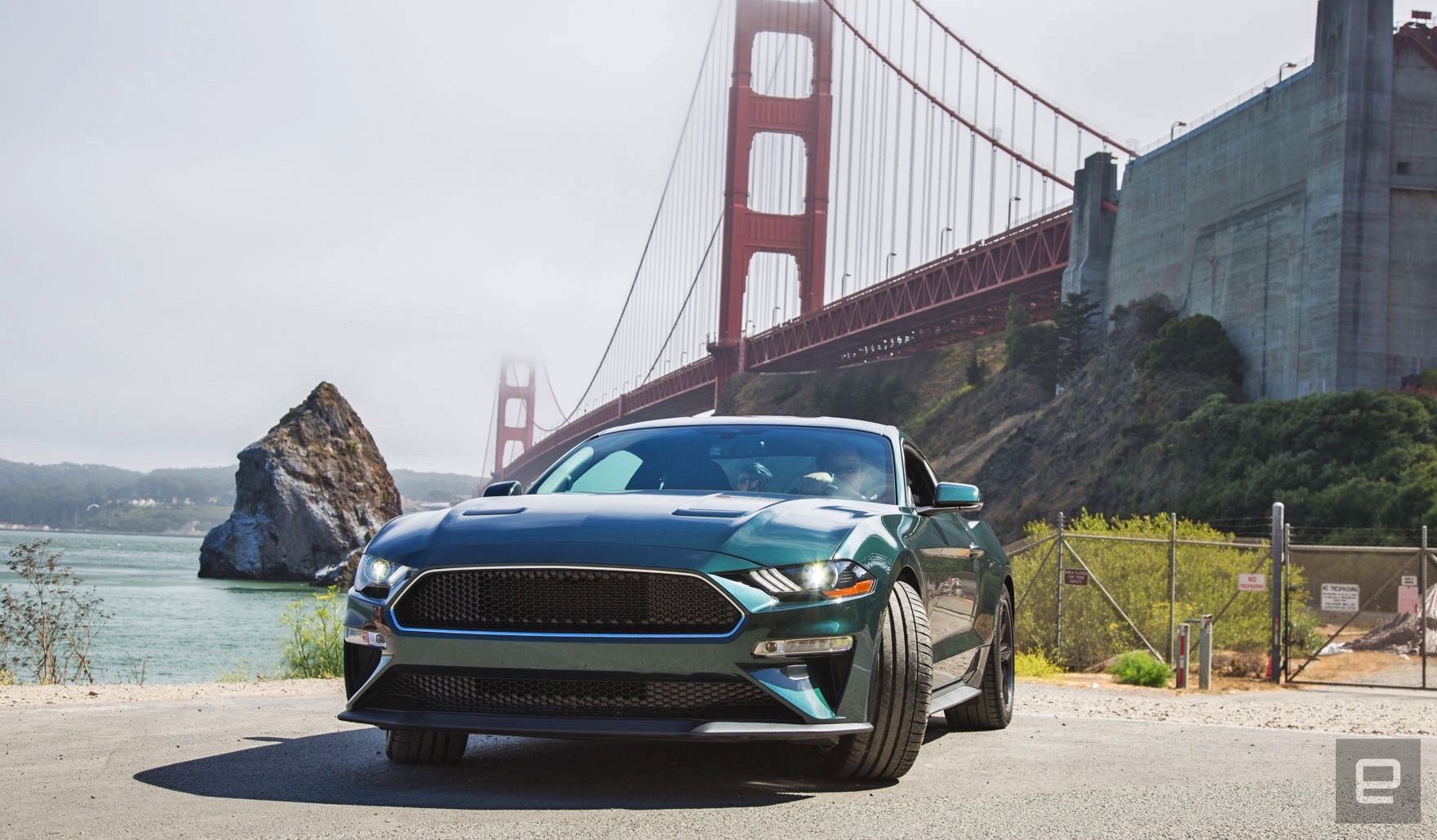 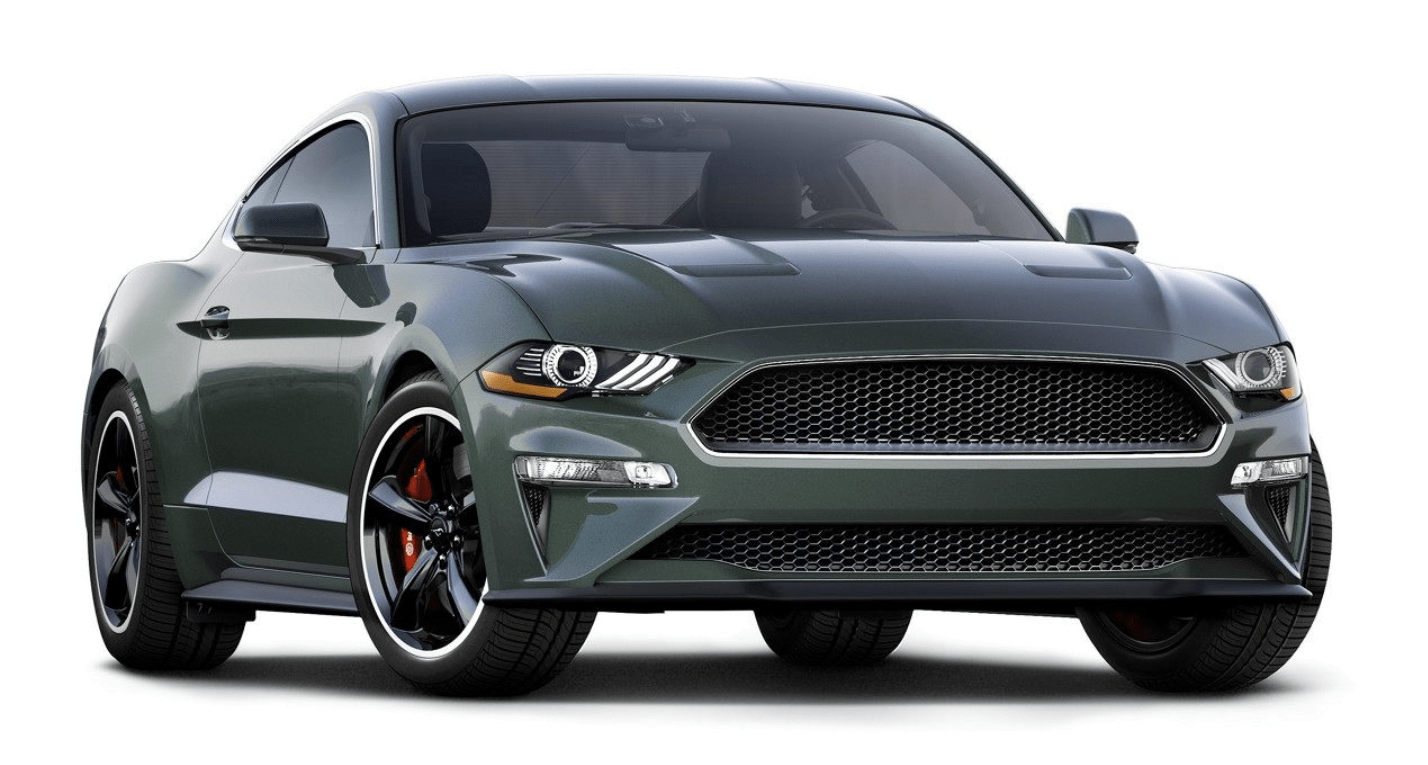 Nostalgia is powerful -- it's why we still have Star Wars movies. It's the reason everyone loves the '80s, and if you've ever talked to someone about their favorite music, it's usually from bands that came out while they were in high school. So when Ford announced its special-edition Mustang Bullitt on the 50th anniversary of the movie that starred Steve McQueen -- and contains arguably one of the best car-chase scenes in cinematic history -- the general consensus was "well, of course it did." A special edition Mustang at a premium price that’s sure to appease film and car fans. The more powerful engine, design and the chance to pretend you’re Steve McQueen make it worth the price for these folks. Everyone else might be better suited with the Mustang GT.

Be the first to review the Mustang BULLITT (2018)?
Your ratings help us make the buyer’s guide better for everyone.
Write a review

Fortunately for car and movie buffs, Ford did something great. It created a special edition that, at its core, is the new Mustang GT (a great car) but better. Starting at $46,595, the Bullitt is about $7,000 more than the GT. Remember, nostalgia is powerful. Powerful enough to suck a big chunk of money out of your wallet because you want to be Steve McQueen cool.

Let's nip that in the bud right now. You're not Steve McQueen cool. I'm sorry. None of us is. Let's accept that and move on.

So what are you getting for that extra $7,000? For starters, there's the beautiful Dark Highland Green paint job that matches the car from the movie. I want it on all my cars, now and forever. You can also get the car in Shadow Black. Which is nice, but this is the Bullitt car. Painting it black is blasphemy. Go green or go home. 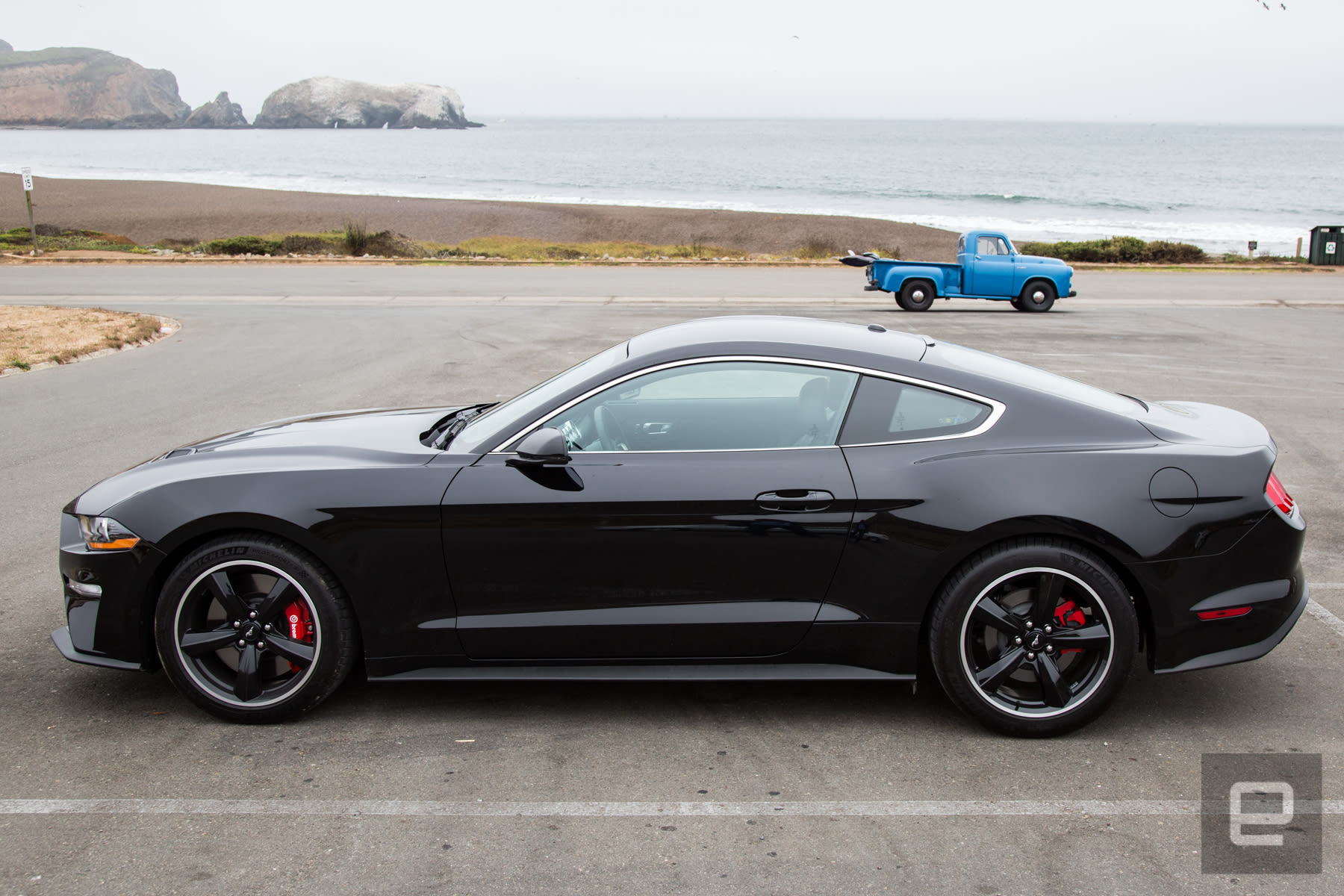 The grille has also been modified to replicate the clean aesthetic of the car from Bullitt. There's no prancing pony here. In fact, all the exterior pony, 5.0 and Ford logos have been stripped off the car. The only one left is the Bullitt logo on the faux gas cap on the back. Ford also added some chrome accents to the vehicle to further differentiate it from its GT brethren.

The result is the best looking Mustang on the market right now. It's clean, aggressive and exactly how a Mustang should look.

But if you do miss the Bullitt logo on the back of the car, it's fine, because when you get into the vehicle there's Bullitt branding on the door frame (cool) and on the steering wheel (less cool and too big). The dash on the passenger side also has the Bullitt branding and a car number. It doesn't stop there. The best bit of branding is when you start the car. The special-edition Bullitt Mustang appears in the dash cluster. 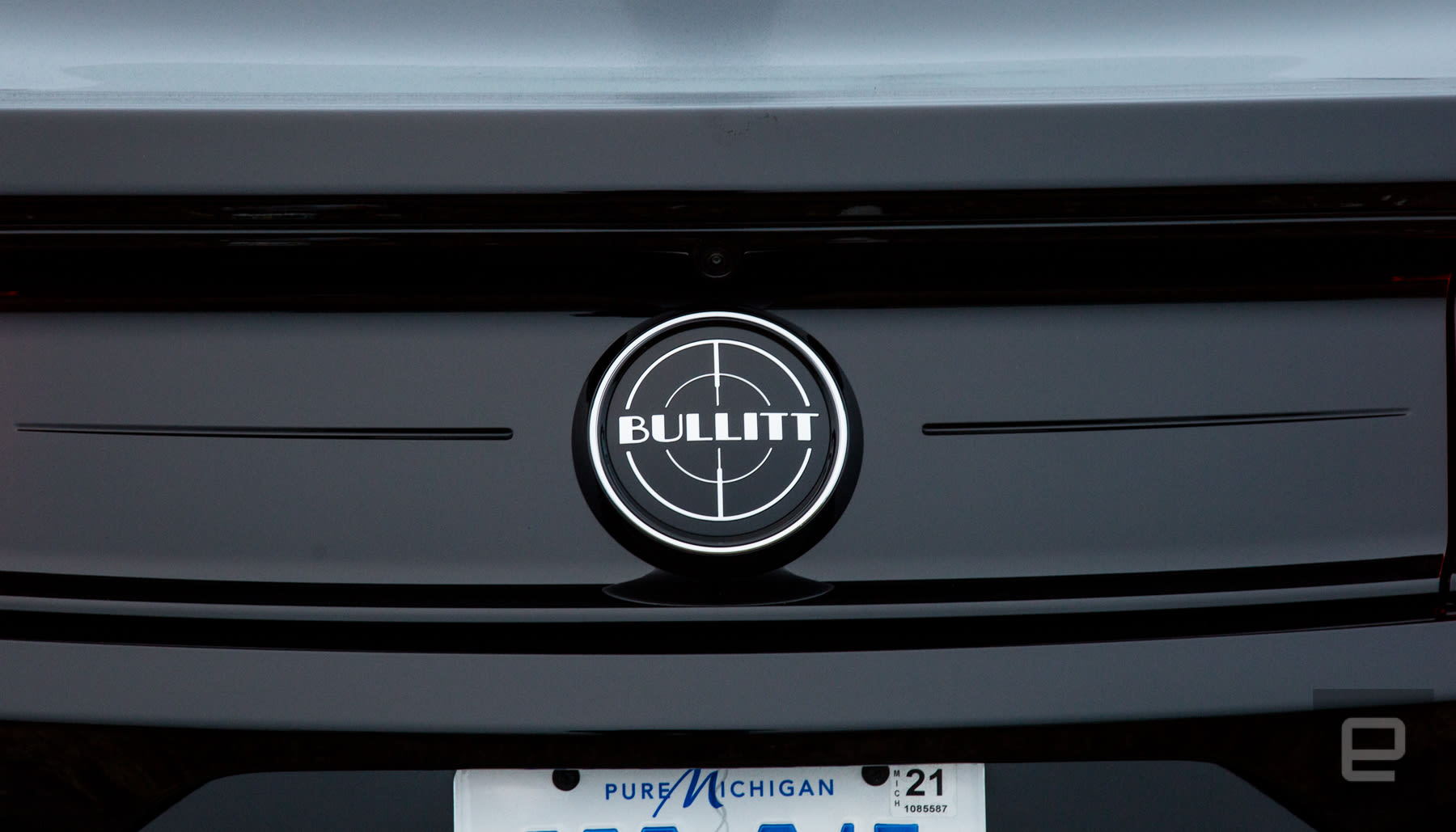 The rest of the in-car tech is on par with the Mustang GT, with the Sync 3 infotainment system. Ford's done a great job creating an easy to use system that, while not as exciting as the Bullitt itself, makes interacting with the tech elements of the car easier. One nice update is that this version of Sync has AppLink. The feature supports Waze from your iPhone on the main display. Until we get Waze on CarPlay (probably coming in September via iOS 12), this is the best way to navigate.

The dash cluster can be customized with a variety of main and accent colors just like in the Mustang GT. The cluster contains access to most of the performance features, like adjusting the sound of the exhaust, a stopwatch for laps and recording how much G-force you're pulling while accelerating, braking and cornering. You can show your friends just how hard you were turning right before the car broke free and you spun in a circle at the track.

It may seem like this is just a green Mustang GT with fewer corporate logos. It's behind the wheel where you see the real difference. The Bullitt-tuned 5.0-liter V8 delivers 480 horsepower (20 more than the GT) and 420 foot-pounds of torque and has a top speed of 163 miles per hour (8 miles per hour faster than the GT). It's also sporting an open-air induction system and Shelby GT350 intake manifold.

Oh, and it only comes with a six-speed manual transmission with a cue-ball shifter -- just like the original 1968 Mustang GT used in the movie. Combine it with one of the best clutches on the market and the new-to-Mustangs rev-matching feature, and driving the Bullitt is a delight. A loud, fast and dripping in gooey car-nostalgia delight. 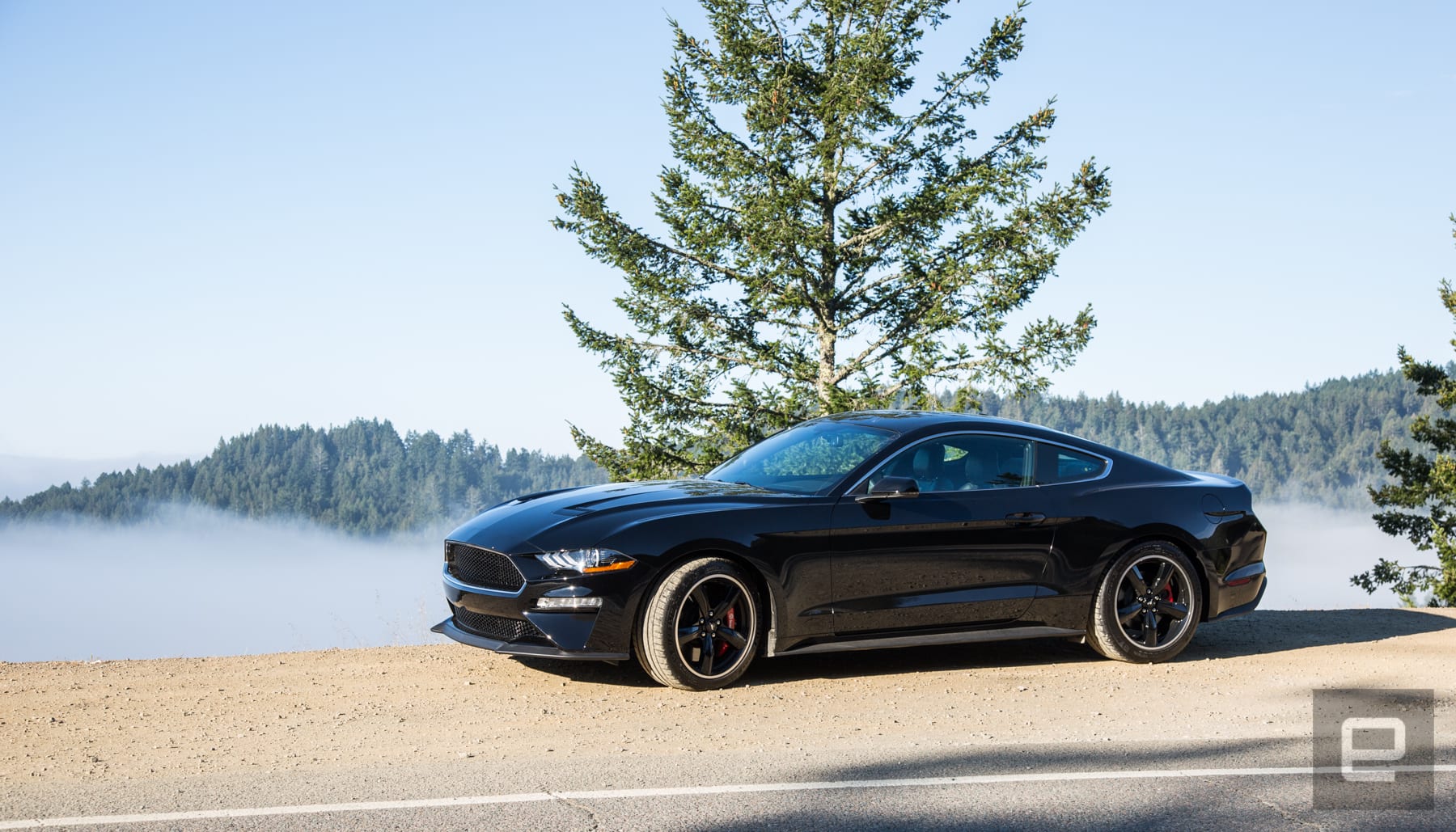 Whether you're retracing the route in the Bullitt movie or driving the mountain roads on the outskirts of San Francisco, this Mustang puts a smile on your face with every sharp turn and downshift. It also looks different enough from the GT to turn heads. Or people are looking to see where that exhaust noise is coming from.

Yes, the exhaust is loud. It's ridiculously loud in Track mode. But if you're behind the wheel, it just adds to the experience. Fortunately for your neighbors, like the Mustang GT, the car's exhaust has a quiet mode. The Mustang can also be scheduled to start in quiet mode within a predetermined time span. For example, between 10PM and 9AM you can have the car come to life without sounding like a bear was just unleashed in your garage and it's about to unleash bear justice on a pack of hunters for their crimes against bearkind.

In addition to all the cool stuff carried over from the Mustang GT, Ford brought over one of my pet peeves about that car. The special-edition vehicle uses the same plastic levers in the center console. They're made to look metal. They are not. They feel cheap and don't even toggle. I didn't like them in the Mustang GT and I don't like them here.

Steve McQueen would not be pleased. 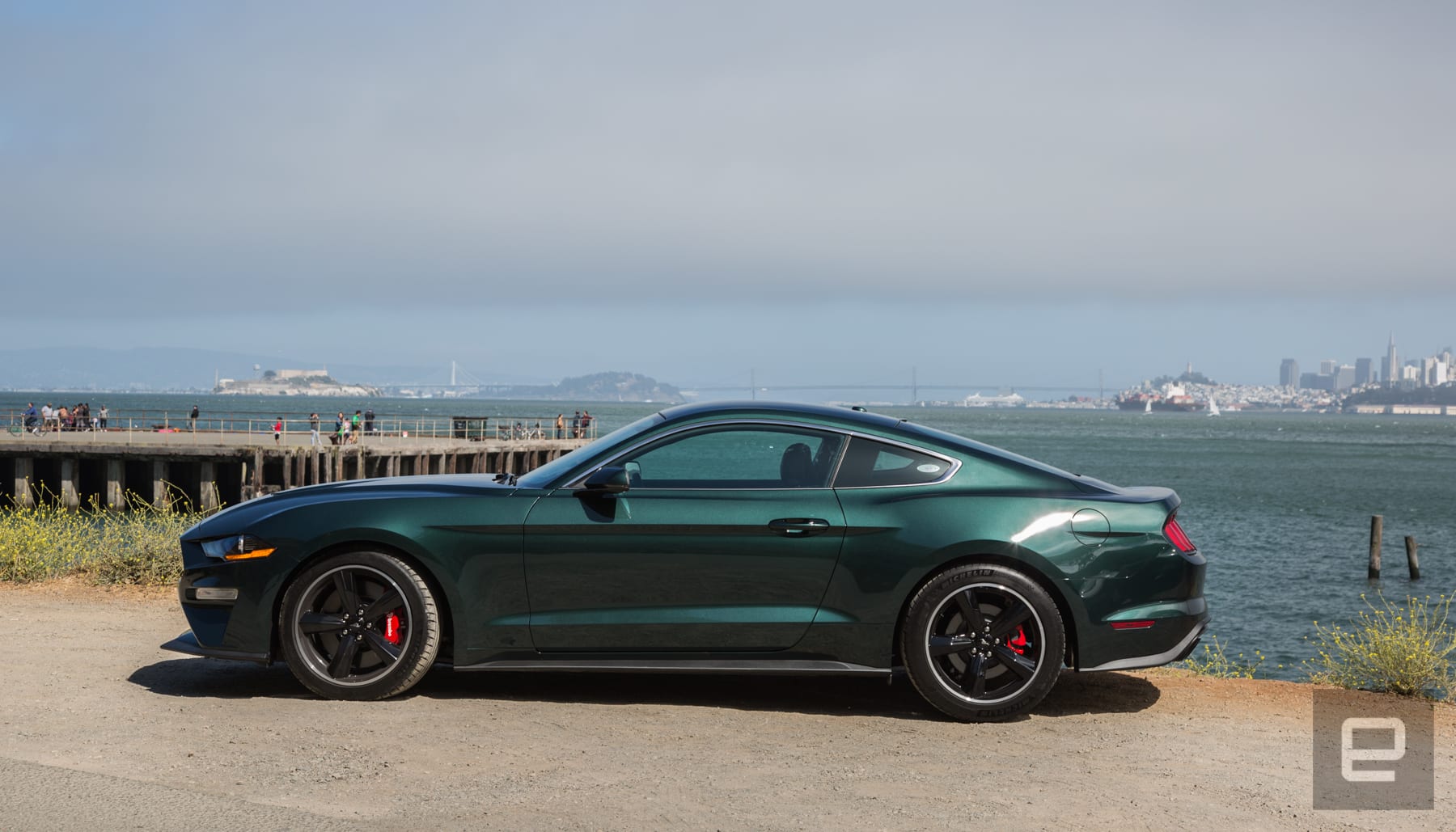 Nostalgia may be a powerful force that makes us buy things we probably don't need. But Ford did a great job balancing our desire to relive the past while delivering current-day tech and engines. It helps that this generation of Mustangs is the best-looking in a long while, so the automaker had a solid base to work from. Would I pay $7,000 more for a green paint job, a cleaner exterior, some more horsepower and a cue ball as a gear shifter? I don't know. How much is a constant grin on my face while hoping that maybe I've channeled at least 10 percent of Steve McQueen's cool into my soul? That's worth a few thousand bucks, right?

Source: Ford
In this article: bullitt, business, design, ford, gadgetry, gadgets, gear, mustang, mustanggt, nostalgia, review, sanfrancisco, stevemcqueen, transportation
All products recommended by Engadget are selected by our editorial team, independent of our parent company. Some of our stories include affiliate links. If you buy something through one of these links, we may earn an affiliate commission.