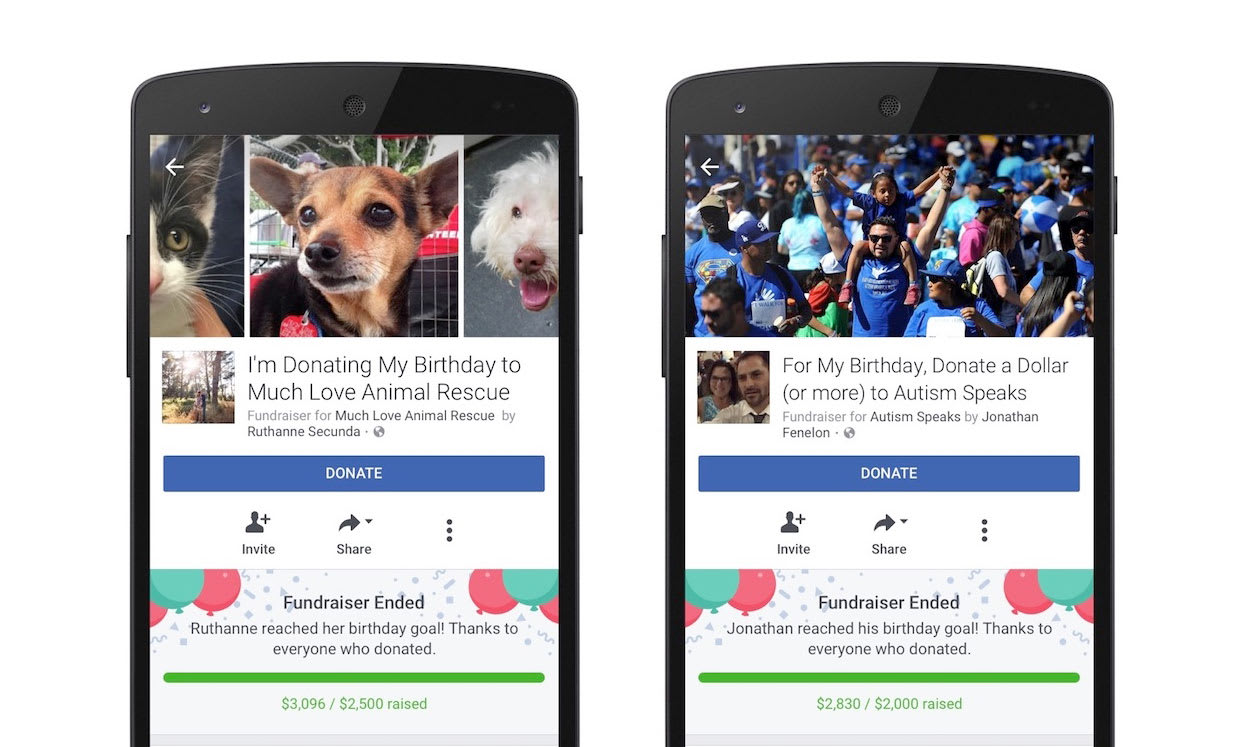 A year ago, Facebook launched its birthday fundraiser feature through which users can celebrate their big day by raising money for a good cause. And it appears to be a pretty popular tool. CEO Mark Zuckerberg said in a Facebook post yesterday that so far, Facebook users have raised over $300 million for over 750,000 nonprofits -- which include food banks, animal shelters and Alzheimer's research -- with the birthday fundraiser feature. "Thanks to everyone who has dedicated their birthday and to everyone who donated," Zuckerberg said.

A few months after launching the feature, Facebook announced it would eliminate the five percent transaction fee it had previously been applying to nonprofit donations made on its platform. And in July, the company said that for a limited time, it would donate $5 to every new birthday fundraiser created by a US user as long as they supported one of the 750,000 US nonprofits vetted and approved by Facebook.

Via: The Verge
Source: Mark Zuckerberg
In this article: birthday, charity, entertainment, facebook, fundraising, gear, internet, NonProfit
All products recommended by Engadget are selected by our editorial team, independent of our parent company. Some of our stories include affiliate links. If you buy something through one of these links, we may earn an affiliate commission.