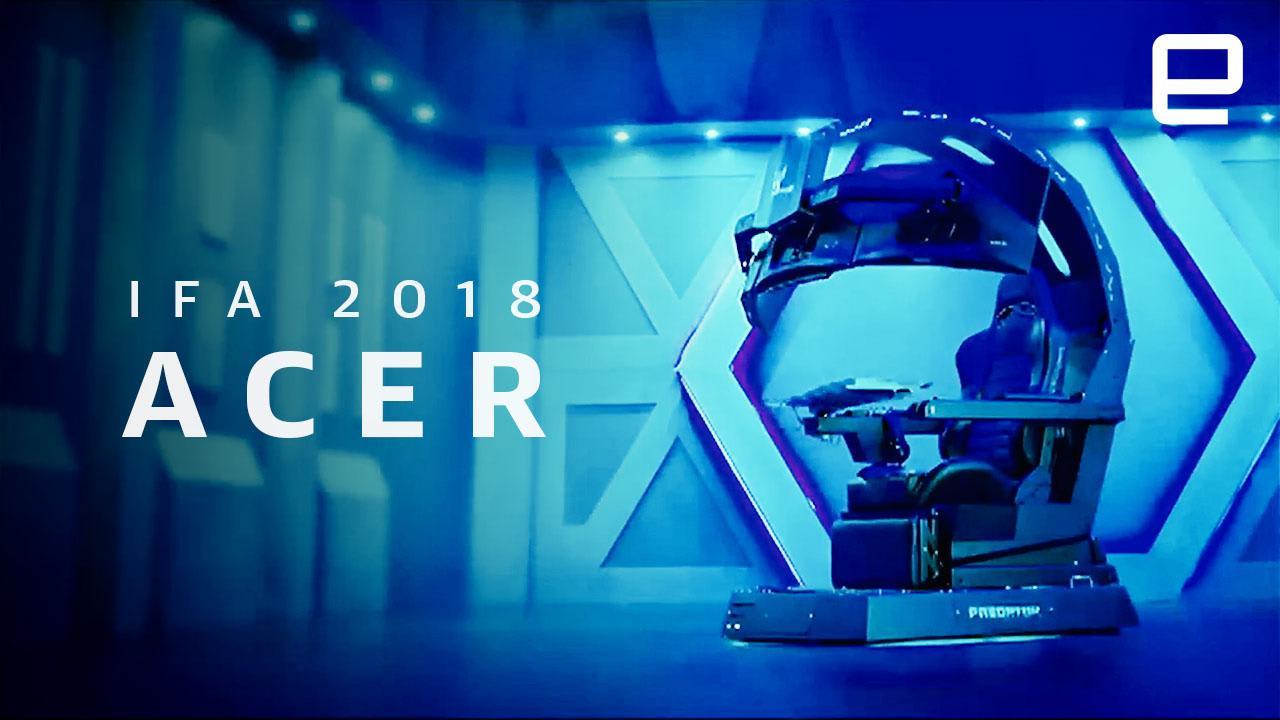 Acer often has a lot to show at its events, and its IFA 2018 presentation was no exception. The tech giant unveiled a bevy of laptops, including the world's lightest 15-inch laptop and a metal-clad budget Chromebook. However, that was really just the start. It also launched a uniquely detachable mixed reality headset, and even a gaming cockpit that's practically a throne. It's a lot to take in, but don't worry -- we've condensed Acer's announcements into a nine-minute video that covers all the bases.

In this article: acer, chromebook514, computer, gear, ifa2018, laptop, mixedreality, ojo500, pc, personal computing, personalcomputing, predatorthronos, supercut, swift5, swift7, virtualreality, vr, wearable, wearables, WindowsMixedReality
All products recommended by Engadget are selected by our editorial team, independent of our parent company. Some of our stories include affiliate links. If you buy something through one of these links, we may earn an affiliate commission.